Where the story starts

Not many sea captains are 15 years younger than the vessel they command.

Yet that’s the case for the newest man at the helm of Logos Hope, Captain Sam Hils (Germany). Assuming responsibility for a 12,500-tonne ship is an achievement for someone still only 29 years old, but in another sense it's been a long time coming – for it’s been Sam’s goal to captain one of the organisation’s vessels since he was a boy around the age of 10.

He’s a fairly uncommon sight in the maritime world, though. “It can be funny if we take a rather elderly pilot on board when we arrive in or depart from their port,” says Captain Sam. “There have been times when they’ve looked straight past me, expecting to see the captain. And sometimes the officials who perform our immigration clearance need a few minutes to get their heads around the fact that this young bloke standing here is not just dressed up – he is the captain!”

Then again, things are done a little differently on Logos Hope: on how many other voyages would you hear the Master praying for the meal over the tannoy speakers? Or where else would you find a floating community of entirely unpaid – and largely untrained – crew?

“The only professional crew I have are my officers,” explains Captain Sam, who went to maritime college in Germany and then worked with a commercial shipping firm for five years. “When our volunteers begin their commitment with us on Logos Hope, they don't have a clue about being deckhands - not even the one who will eventually work as boatswain. We have to teach them port from starboard, how to tie proper knots, everything. Usually, cadets have some basic knowledge, but here, we train them from scratch. It can be a challenge!”

There’s also the multinational component, as crewmembers come from all over the world to serve on the vessel with the unique purpose of sharing knowledge, help and hope in port communities. It produces a rich environment, according to Captain Sam: “We are not just here to earn money and get home as soon as possible, like other seafarers. We are also trying to improve our own character and attitudes as we serve others together.”

Although he’s only been in charge for a month, Captain Sam is no stranger to Logos Hope’s bridge or deck department. He recently served as chief mate and began his sea time with the organisation as third mate on the previous vessel, Doulos, in 2009. While he says he’ll always be a 'deckie' at heart, he is determined to be captain for the entire marine operations team – comprising deck and engine departments – as well as for the wider community of 400 volunteers. He describes his style of leadership as “strict, with a big smile.”

Something that makes the captain smile is getting to bring his family to sea with him. That’s another different aspect of Logos Hope, in that spouses and children under 12 may live on board too. Captain Sam is joined by his wife, Miriam, and their 17-month-old daughter, Emilia.

So what was it that first sparked the interest of the 10-year-old boy who would become the captain? Family. His father had also served on the previous vessel, Doulos and a family friend working in the organisation encouraged Sam and his brothers to consider professions that would be useful on board ship. Sam was inspired to aim for the top.

And now that he’s achieved his goal of captaining Logos Hope? “Now it’s no longer a goal, that’s true, but it’s a milestone from where my story starts,” he says. “Now, I have to get to know what my position is all about and use it to serve God and others the best way I can.” 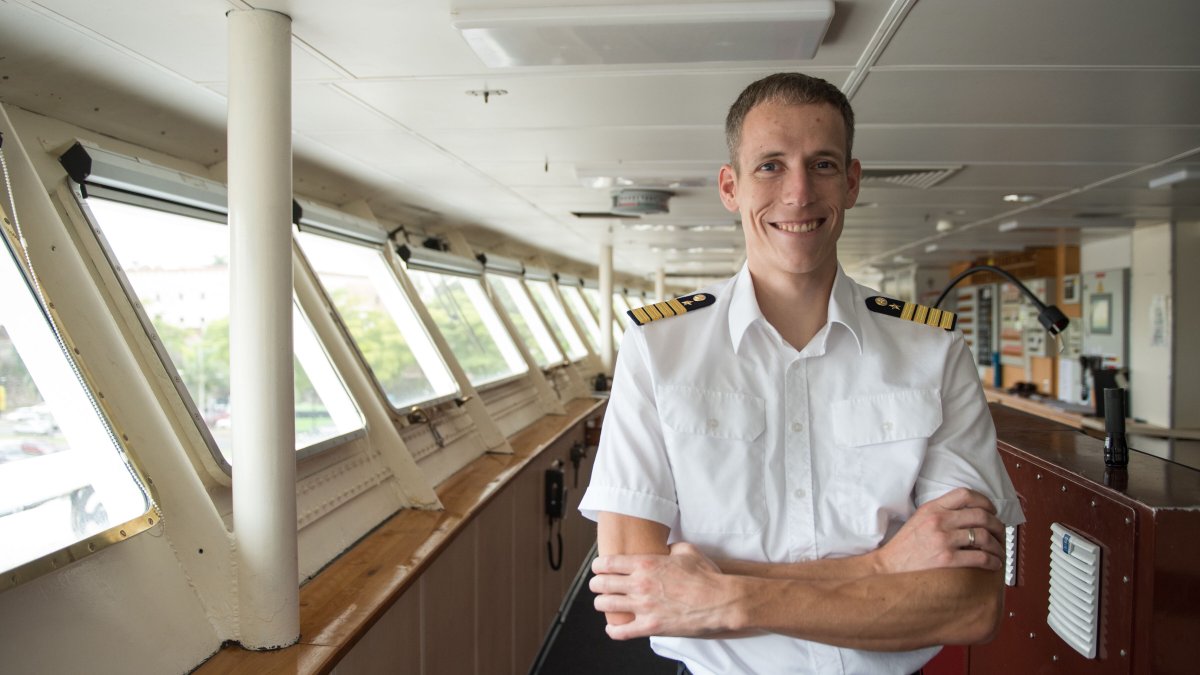 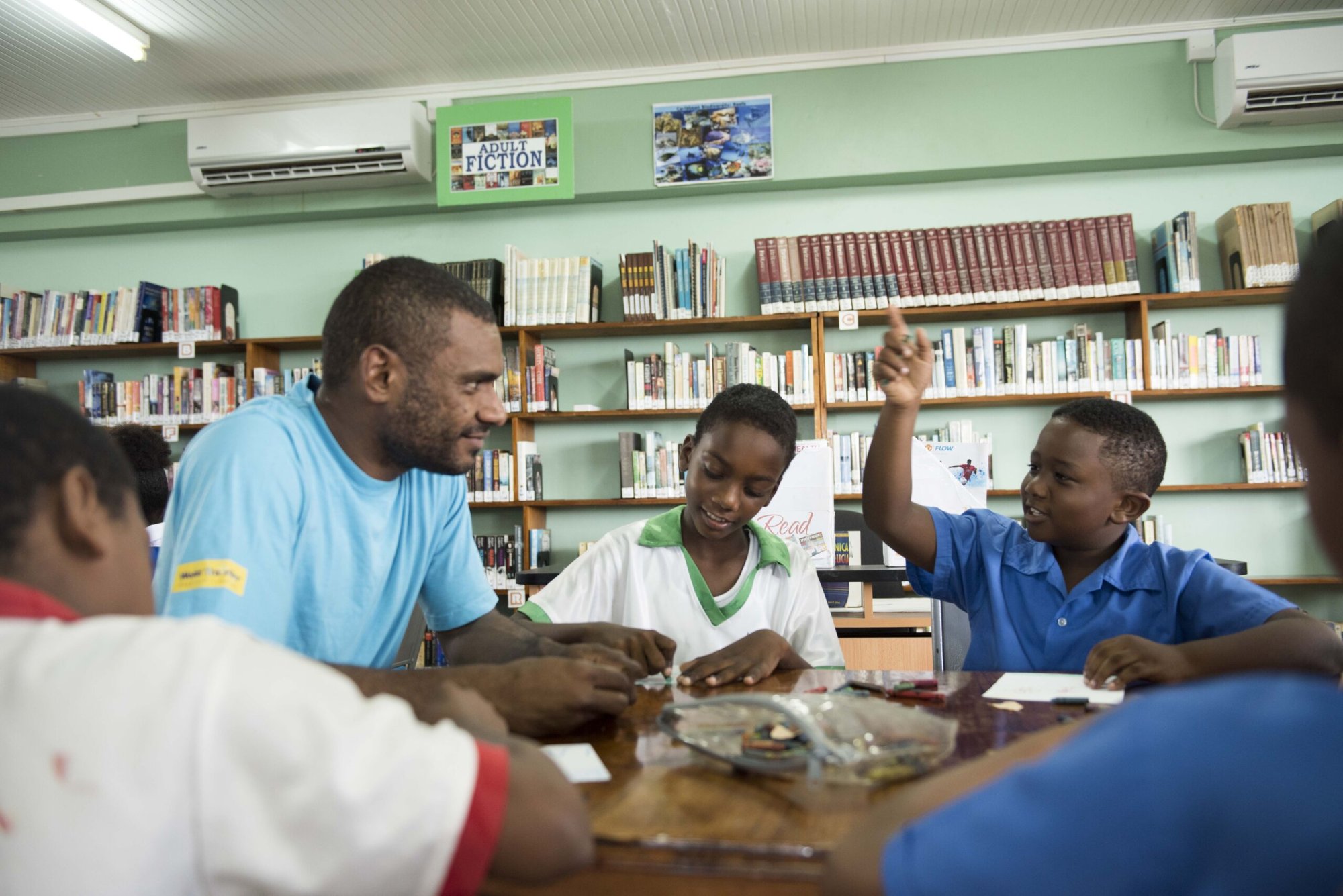 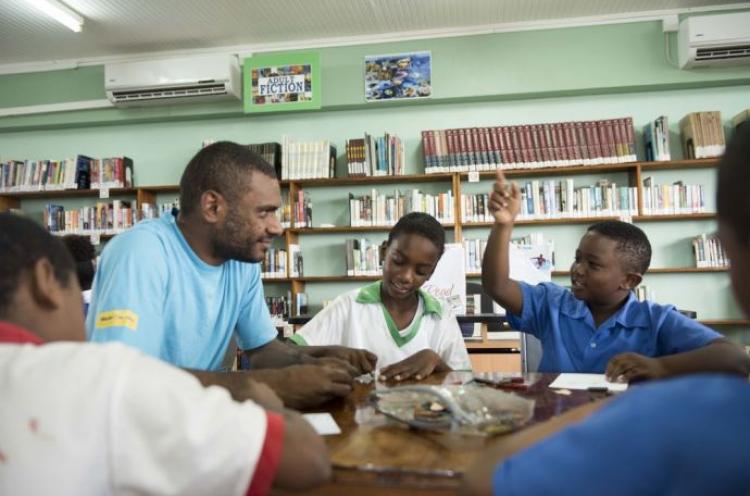 The greatest story ever told

Vieux Fort, Saint Lucia :: Logos Hope's crewmembers donate books to a village library and encourage schoolchildren to read the best book of all.