“From [Christ] the whole body, joined and held together by every supporting ligament, grows and builds itself up in love, as each part does its work.” – Ephesians 3:16 (NIV)

“How was it?” friends and family asked Jackie after her first trip to Sweden in the winter of 2009. “It was dark and cold; I was tired, and it was difficult,” Jackie replied, summing up her new experience of a Nordic winter with an unusually heavy snowfall and temperatures dropping to at least minus 18°C. “So, are you going back?” friends and family questioned. “Yes!” she answered with conviction.

Loved to love others

Jackie grew up in sunny Barbados, a little island in the Caribbean that doesn’t even appear on some maps. There’s no winter – it’s either dry season or wet season.

Like many people on the island, Jackie went to church. She accepted Jesus Christ as her Saviour after seeing a play that demonstrated the eternal consequences of believing in, or rejecting, Jesus. It took a few years until she began to understand God’s love for her and allowed Him to be Lord of her life, rather than just “doing her own thing.”

“Before, my faith had been more about staying out of trouble, not committing big sins, going to church and perhaps reading the Bible,” Jackie explained. Later, she read a book that illustrated Christ’s love for humanity. “The story described Jesus pacing back and forth, desperate for people to know how much He loves them,” she shared. “This picture affected me for a long time; I realised His love is so big, and He has an urgency to share His love with us—and for us to tell others.”

Discipled to disciple others

Jackie trained and worked as a veterinarian in Trinidad, West Indies. While practising her profession, she became increasingly dissatisfied with her field of work, whereas she found meaning in helping lead the church youth group. During this time, she met crew members from OM’s ship Logos Hope that is sharing knowledge, help and hope in port communities worldwide. Their sense of purpose in life inspired her. Jackie decided to change careers. She joined OM’s discipleship training programme in South Africa where she developed her interest in equipping individuals.

“While I was in South Africa, I saw a video about Europe becoming less interested in God,” said Jackie. “It upset me, and I watched the video over and over so I wouldn’t forget what I had seen.” In a conversation with three European women, they confirmed this description. “Europe needs missionaries,” they told her. “Come to Europe!”

“Yes, I’m going to go to Europe–I’m going to go to Sweden,” Jackie heard herself declare, where she has now worked since 2011, undeterred by the cold and dark winters. “It seemed like the right thing to do,” she added. “I can give no reason; it was just clear to me.” Step by step, God provided the support and visa she needed for where she envisioned to serve.

“I get excited when believers start to discover their worth in Christ, grow in faith, and find their purpose,” said Jackie, who manages the personnel and administrative teams in Jönköping, Sweden. Responsible for the training and development of OM staff, her passion is to help workers identify their role and use their skills.

Sent to send others

“People in Sweden grow up with the cross on their flag, but many don’t know who Jesus is,” Jackie expressed. “A lot of people are hurting and trying to live out their lives, not knowing how loved and valuable they are.” Jackie seeks to build friendships and serve in her local church as well as equipping Jesus followers to reach out in communities in Sweden or abroad, sharing the message that there is forgiveness, healing and hope through Christ.

Jackie’s assistant, Cecilia, is a Swedish intern from a local Bible school. Last year, Cecilia went on an outreach in Europe. Her team experienced a difficult situation there where someone reacted by misrepresenting them online. “They were made to look bad,” said Jackie, saddened at the memory. However, Cecilia responded, saying: “It doesn’t really matter, maybe somebody will see it and come to know Jesus.” Cecilia’s willingness to keep going despite hardships encouraged Jackie. “It would have been understandable if she hadn’t wanted to continue with the outreach or in missions,” Jackie stated, “but she is continuing to use her gifts!”

Jackie believes there is a place for everyone, adding that their worth is not ultimately dependent on the task they do, nor in their marital or family status. Rather, their value is found in God their creator. “Your identity is in Christ, to be who God made you to be,” Jackie emphasised. “And whatever role He has given us, let’s live it out, following Jesus!” 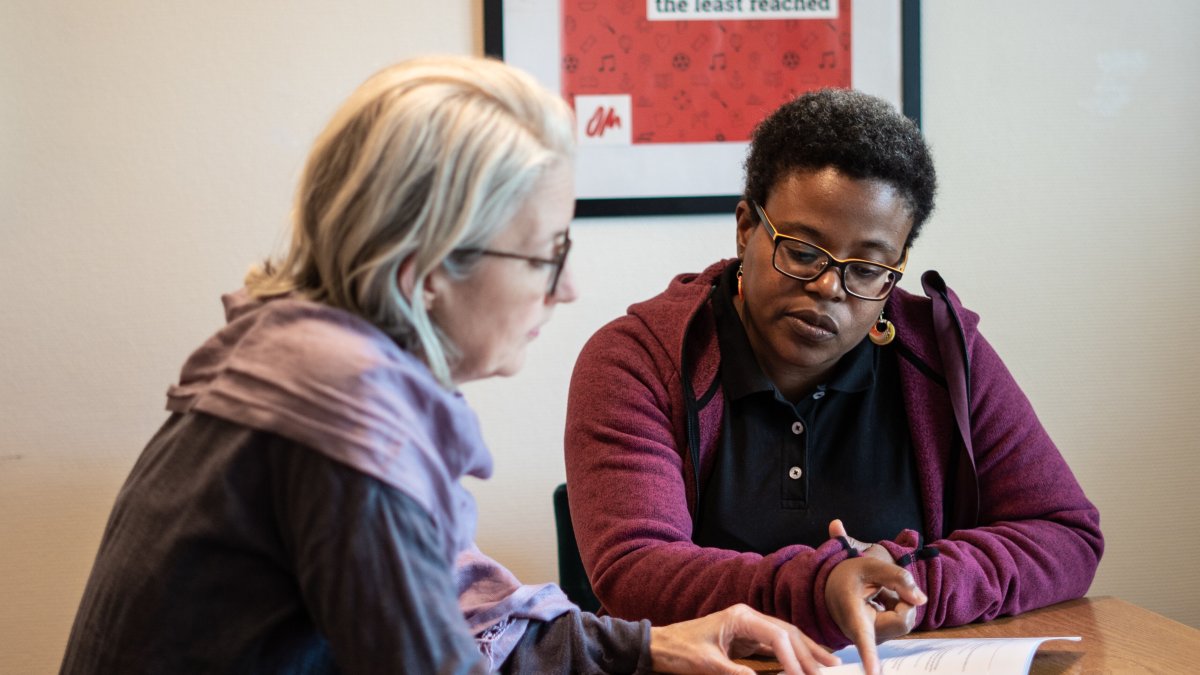