After hearing the gospel for the first time, the village of Taviramongy, in southern Madagascar, knew that they could not keep this good news to themselves—they needed to share it with others. The small group of believers began reaching out to other villages; researching where to go and organising half-day outreaches to hold open-air programmes and go door-to-door.

One of the villages the group visited was Tanantsoa, home to Siniore, aged 16 at the time. Siniore was touched after hearing one believer share a testimony of how she had experienced Jesus’ love and been set free from witchcraft.

Returning to her home, Siniore kept thinking about what she had heard and felt like she needed to do something but was unsure exactly what. When a cell group was started in her village, Siniore attended, eager to learn more. At the time she was wearing a charm from the witchdoctor but decided to take it off. “It was like there had been a dark, dark thing covering me, and it left me and there was light,” Siniore remembered about taking the charm off. “I could see things properly. Not just in my eyes—but in how I felt. …I was always worried about everything before that, but from that time I had peace.”

Siniore was the first in her village to become a Christian. While some people accepted her new faith, others did not. Her husband divorced her, so she returned to live with her parents.

Siniore desired for her family and friends to know Christ’s love as she did. Hearing about a training offered by the OM team in nearby Ambovombe that focused on discipleship and evangelism, she signed up. After the training, she took what she learnt and put it into practice by starting a prayer meeting every Friday in her village. Attendance varies from 10 to 40 people, and four new believers were baptised in late 2018.

And just like in Taviramongy, the believers of Tanantsoa were encouraged to spread the good news from the start. In pairs, they preached the gospel in other villages, returning to start cell groups when they felt the time was right. By the end of 2018, they had gone to eight villages that had previously never heard the gospel.

“Siniore has a passion,” said Hanitra, the OM leader in Madagascar. “She really realises how much God loves her. And she sees the other people who are really lost, and she has the passion to go, go, go.” 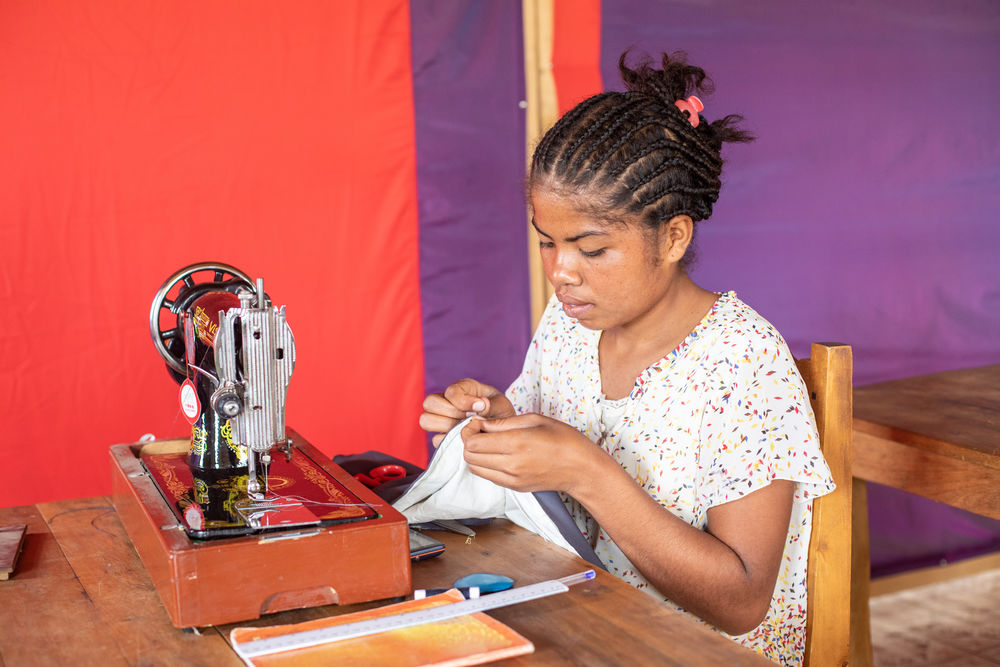 In 2018, Siniore completed Perla. Perla (meaning ‘pearl’) is a Freedom Challenge project that equips vulnerable women with skills—such as cooking, sewing and tailoring—that will enable them to become self-sufficient. Previous to the training, Siniore did not know how to sew but now enjoys it very much. She said with the money she earns from her new skills she: “wants to help my mom and my younger sisters with school.” Having dropped out of school at grade 7 herself, Siniore would like to see her three younger sisters all finish school.

Praise God for the work being done in the south of Madagascar! Praise Him for the new believers and those who have been baptised. Pray for boldness in sharing the gospel and for people to respond. 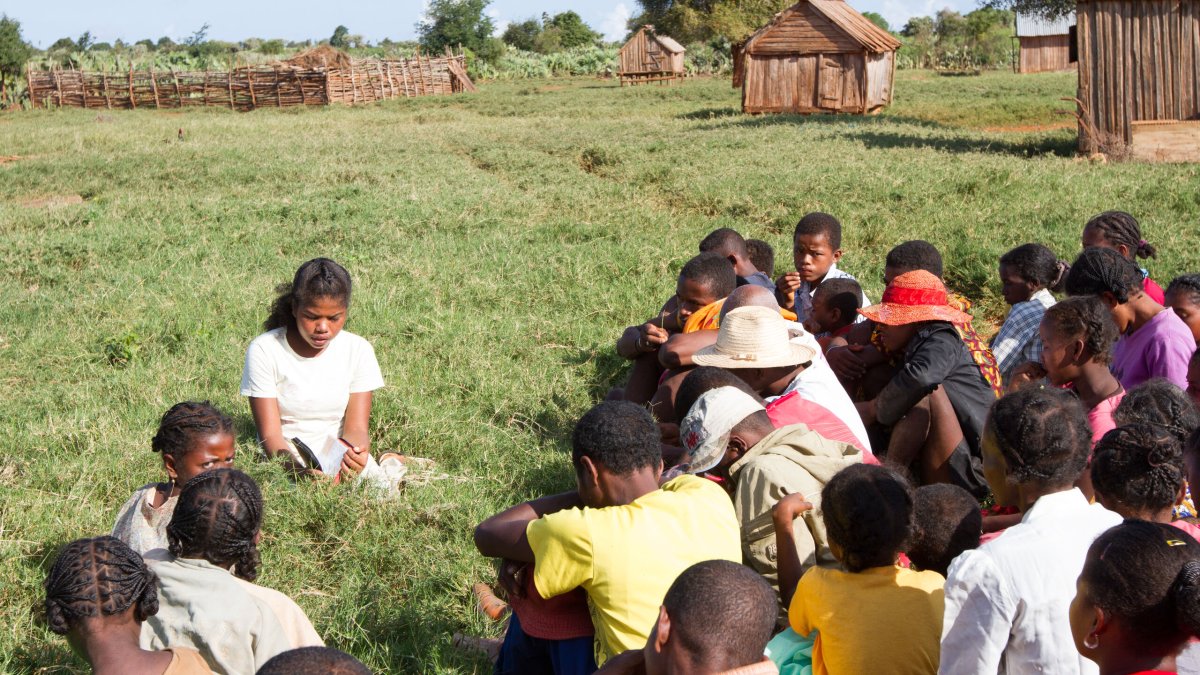 Sinorie, in white, gave her life to Christ after the OM team in Madagascar visited her village. Now she leads Bible study weekly and travels to other villages to spread the Good News. 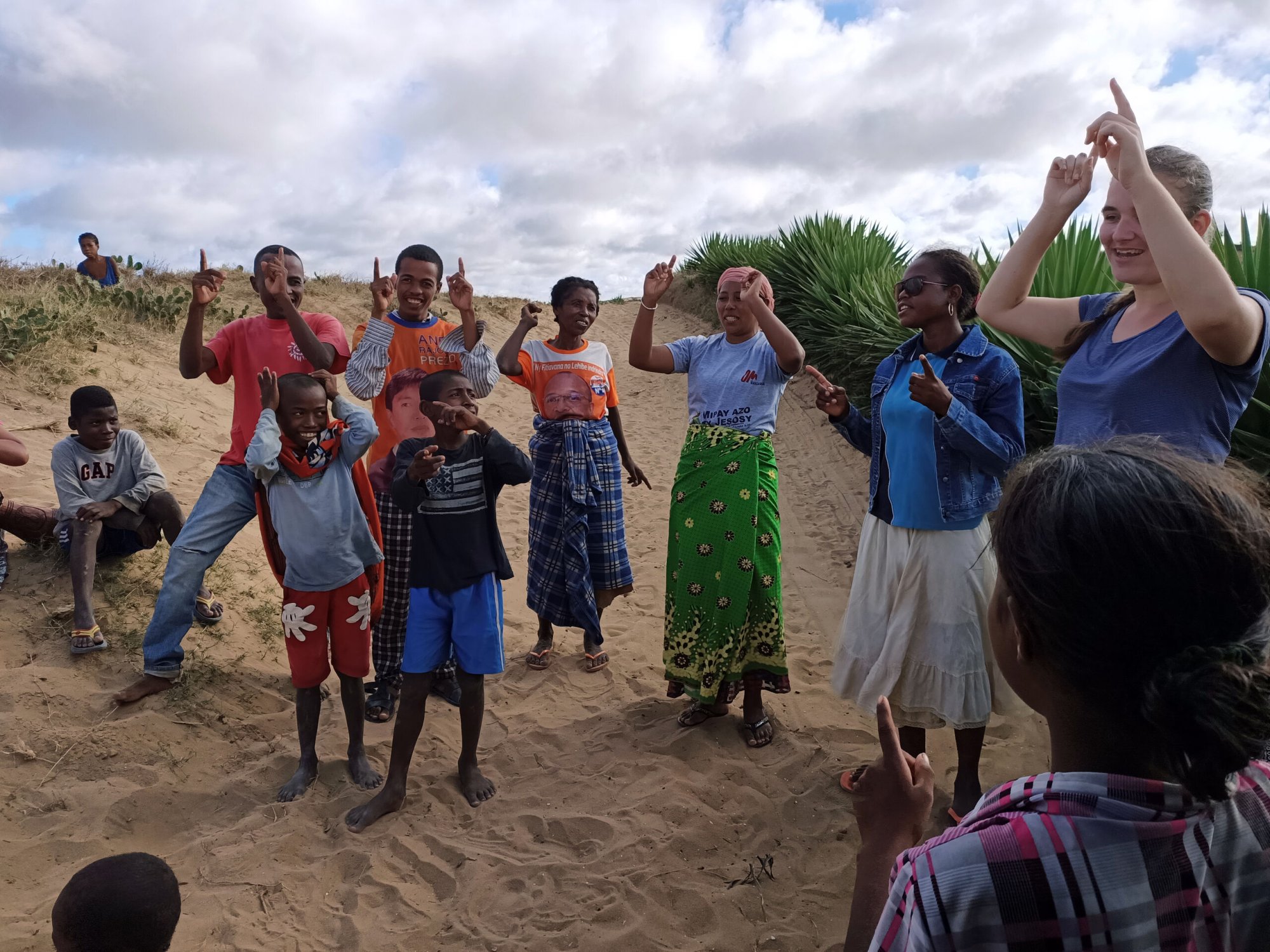 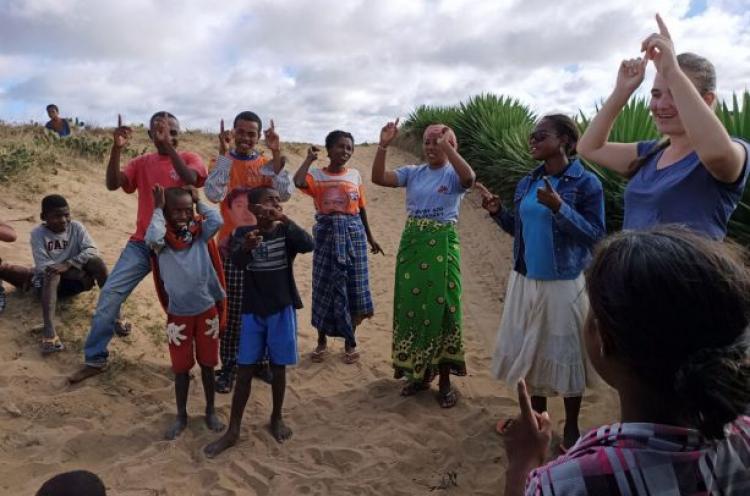 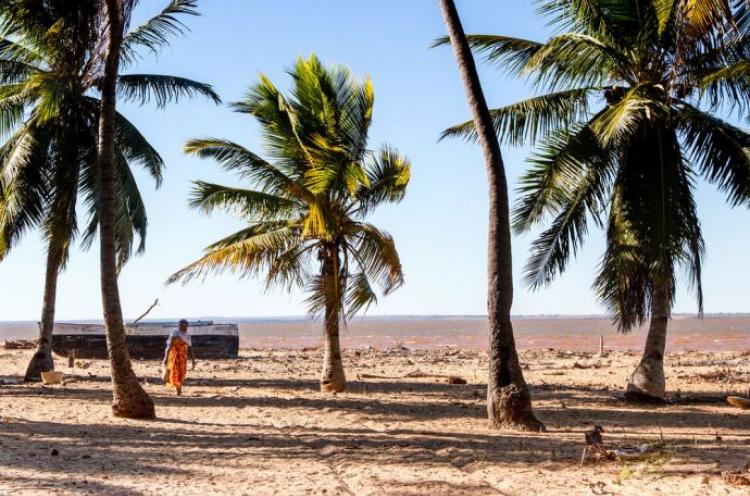 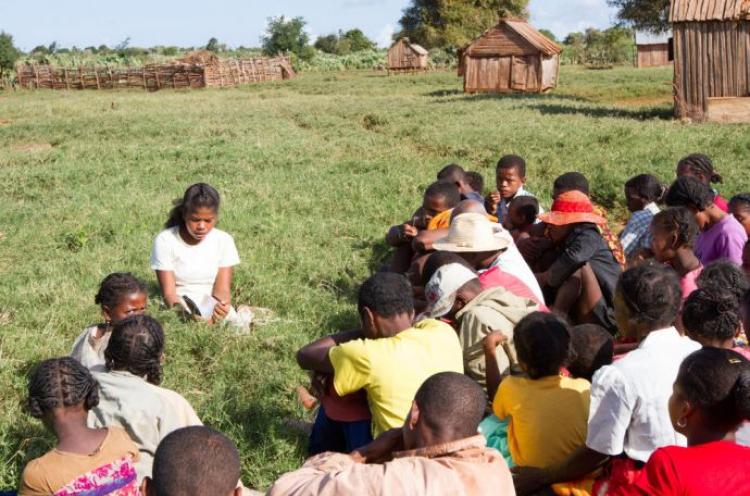