OM is what is often called a “faith mission”. This is usually taken to mean that, as an interdenominational mission agency, we have no guaranteed denominational support base. Each OM worker and ministry must raise the finances necessary for them to participate in the mission. Beyond that though, we take faith living seriously in the sense of exercising faith in persistent praying and careful planning toward seeing our needs being met. We are dependent on the Lord as He provides through His people.

The spending of funds received by OM Canada is confined to agency approved programs and purchases.  Each gift designated toward an approved program will be used for that program with the understanding that, when any given need has been met or the specified project cannot be fulfilled, designated gifts will be used where needed most.  Gifts are acknowledged and, where appropriate, an official receipt for tax purposes is issued.

Where Your Money Goes

The basic unit of responsibility and ministry within OM is the field. For instance, OM Canada is a field, as is the Logos II ship. Each field may include numerous teams or ministries. A field is not necessarily delineated by political borders. For example OM has several fields in England. There are over 100 fields in OM. If your gift is for a project or a ministry in a particular OM field, then the gift received in our Canadian office is credited to the field represented by the gift and sent, within a month, to a central account in Belgium (called International Clearing House) for redistribution, according to designation. This method reduces massive foreign exchange charges while honoring the intention of the donor fully. Each field operates by its own budget and is responsible to care for its workers and projects on the basis of such gifts received.

Undesignated gifts provide maximum flexibility to meet the most pressing needs. These contributions are credited to OM Canada but may be used to meet the urgent needs of other fields, at OM Canada’s discretion.

OM Canada has been committed to financial accountability since its registration as a charity in Canada in 1966. We are firmly committed to demonstrating good stewardship of funds entrusted to us by our friends. We are appreciative of the sacrifice involved for many in giving and so we promise to use your gifts judiciously and effectively in Christ’s name. To further insure our financial accountability to our donors, we became members of the Canadian Council of Christian Charities (CCCC) in 1988. We fully adhere to the standards of CCCC  and support its objectives. Additionally, we commit ourselves not to rent, sell or make available your name to any other organization; all information relating to donor contributions is kept confidential.

Standards of Organizational Integrity and Accountability

Standard 1 - The organization shall have an active governing board of not fewer than five members which convenes meetings at least semi-annually, at which the agenda is not restricted to a specific issue or issues.

Standard 2 - The organization shall prepare financial statements within a reasonable period after the end of each year which shall include a statement of the revenues and expenditures of the organization for such year, a statement of changes in financial position where required by generally accepted accounting principles and a balance sheet prepared in accordance with generally accepted accounting principles.

Standard 3 - The organization shall provide to anyone, upon written request, a copy of its most recent financial statements, as defined in Standard 2, together with the report thereon of the organization’s author.

Standard 5 - The organization shall carry on its activities with the highest standards of integrity, within the limits of and in accordance with its constituting documents.

Standard 7 - The organization shall guide and assist individuals in the stewardship of property which the Lord has entrusted to them.

OM Canada has a responsible board of eight members. A majority of its members attend each of the four board meetings held annually. Contributions in the tax deductible category are administered under the control of this Board for the ministry of OM. We consider it a duty to honor the intention of the donor, recognizing that donors are entrusting to OM the outworking of their vision to further the cause of world evangelization. 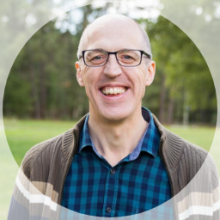 If you have questions regarding accountability,
please contact our Director of Finance,
Simon Yeomans. +1 877-487-7777 ext. 401