Children from three schools in Barbados have been made aware of the dangers of human trafficking, thanks to a team of crewmembers from Logos Hope.

The ship’s volunteers have been trained in delivering talks to young people on the issue. The team toured the capital city, Bridgetown, to get the message out to more than 700 primary and secondary school pupils.

By acting out scenarios including making an offer to take the children away for a lucrative opportunity overseas, the team demonstrated how easy it was for people to be lured into a trafficking situation. Their presentation was designed to remind the students to be on their guard and also to show how they could help others in similar situations.

The responses varied from school to school. In one assembly there were children who already knew people who had been victims of human trafficking. “They knew it’s a global issue, it’s modern-day slavery,” said Pavel Martinez (Mexico), “When we played the trick, no one raised their hand. They wouldn’t go with people without asking their parents first.”

But in another school, the team received a very different reaction. “They didn’t even know us. We had only introduced ourselves and then we offered them a free trip to the United States,” said Arielle Penner (Canada), “Ten free passes to be an actor in a movie if they left with us right away – who would believe that? But the whole school was screaming and jumping up and down, begging to be chosen – they all fell for it!”

Showing the young people statistics from around the world, the crewmembers explained the seriousness of the issue and that it doesn’t only happen in other countries, but that it could take place anywhere. Once a person is tricked, transported, trapped or used against their will, they are in a form of slavery.

“Most of the schoolchildren were quite shocked at how easily our trick worked and how dangerous that situation could have ended up for them,” said one member of the ship team. “A lot were sitting with their mouths wide open. I was pleased that they came in their lunch break to attend our programme, so it was by choice and they really listened.” He continued, “I felt mean playing this trick on them, but it had impact and reinforced to them that everyone has dreams in life which could be used as bait – so hopefully they will remember the lesson and be aware of whom they trust.” 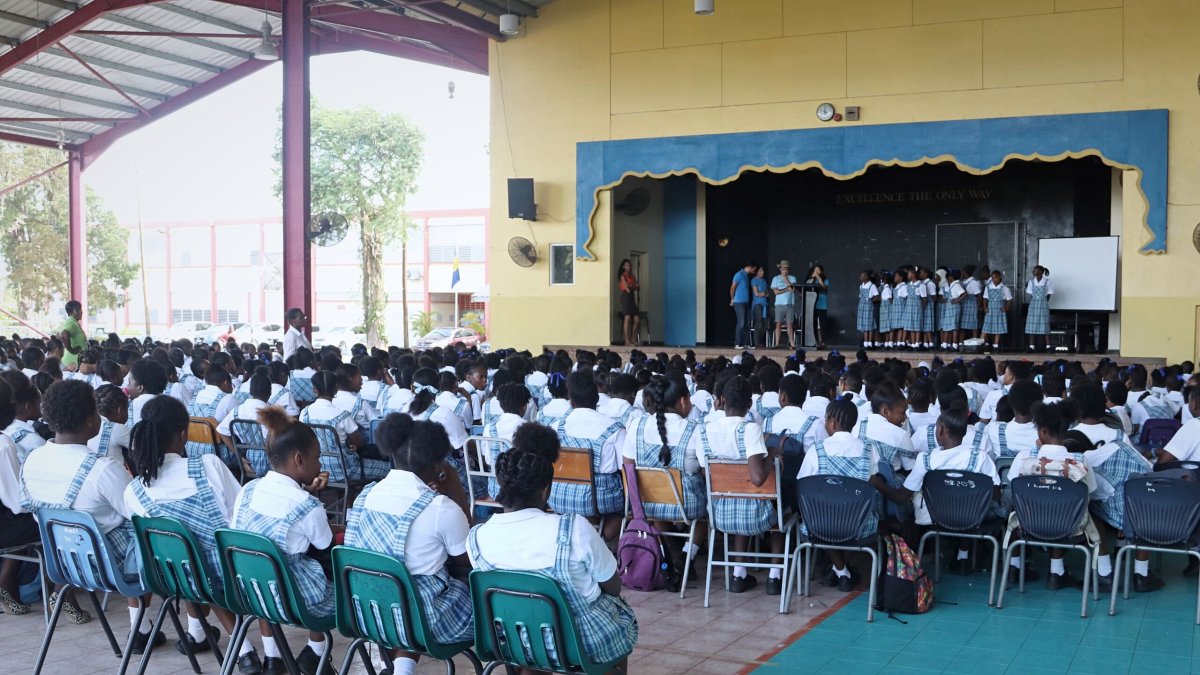 Bridgetown, Barbados :: Schoolchildren are warned of the dangers of human trafficking by a team from Logos Hope. 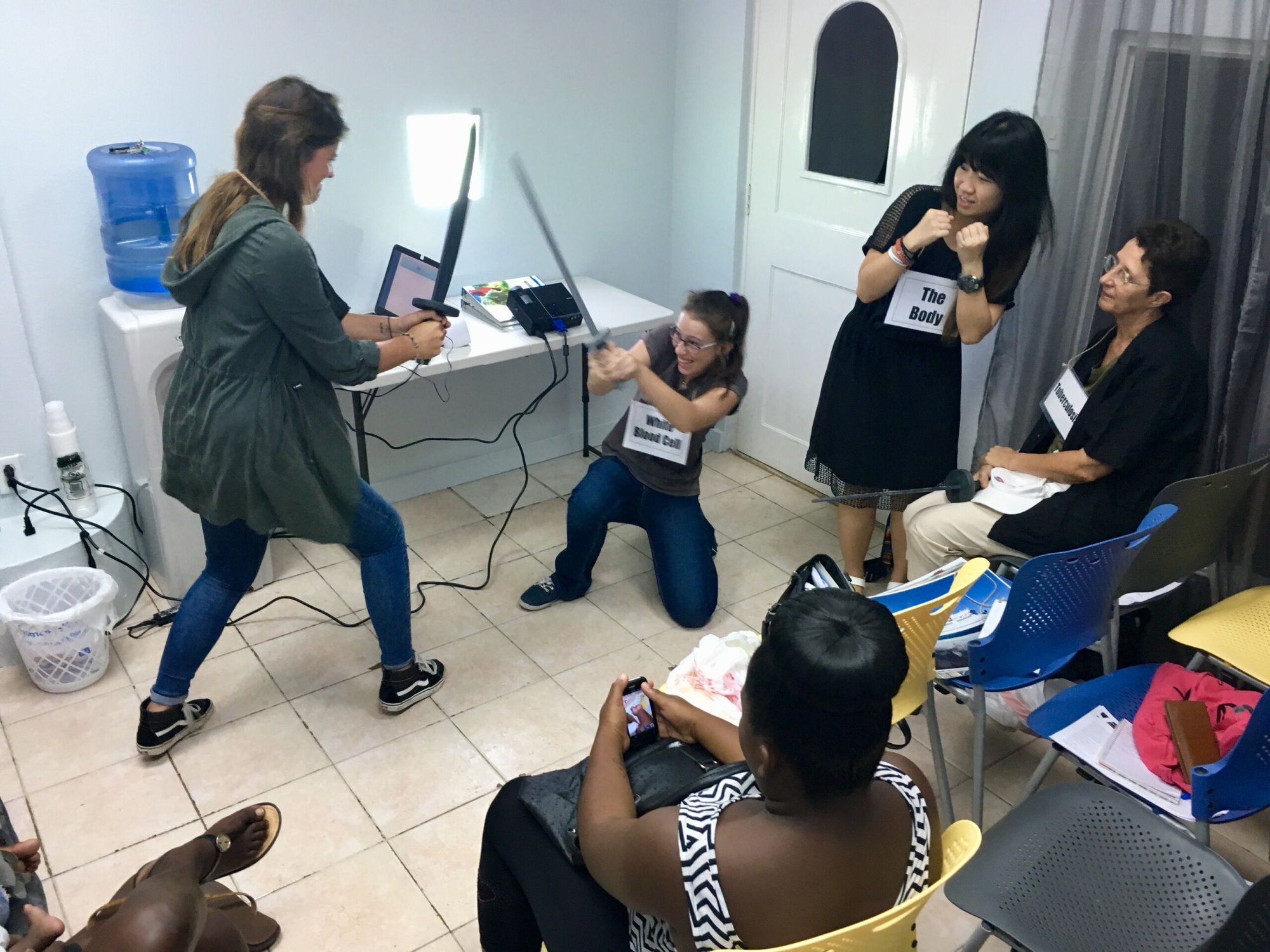 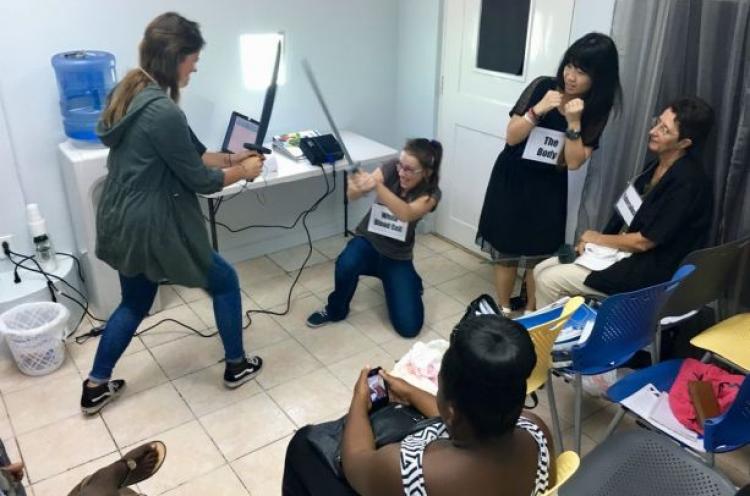