Although he had prayed to commit his life to God, Grantley, from South Africa, still tried to live his teenage years with one foot in the world. During weekends and holidays, he would act like a good Christian, but when he was away from home, he went along with his friends.

One holiday he attended a camp hosted by YWAM (Youth With A Mission), where he bought a book by George Verwer, the founder of OM, titled Come! Live! Die! The real revolution. He quickly read it and started thinking about what it would be like to work with a radical organisation like OM, totally sold out for Jesus.

During his first year at university, God caught Grantley’s attention and he became very involved in the Christian organisations on campus and with his church. On a mission trip, going from village to village building mud stoves and preaching the Gospel, Grantley was struck with a thought: I could enjoy being a missionary.

In his final year at university, Grantley began looking at various mission organisations and remembered OM, but at the same time he started doubting his calling.

As he spent time in prayer, Grantley was drawn to the scripture that says, “Do you not say, ‘Four months more and then the harvest’? I tell you, open your eyes and look at the fields! They are ripe for harvest” (John 4:35, NIV ©1984). Suddenly, he knew without a doubt that God wanted him to serve in missions.

Grantley bought his airplane ticket and resigned from his job, trusting God would help him pass his final exams. Two weeks before leaving, the support he needed began coming in and a few days later he learned he had passed his final subjects. He boarded the plane and flew to Belgium for an OM conference.

At the conference, Grantley felt as if everyone else knew where they wanted to serve except him. In desperation, he went outside and sat in the snow and asked God for direction, determined not to move until God spoke. As he read his Bible, a phrase jumped out at him: “I will send you to a beautiful place.”

Immediately, he got up and went inside. He began talking to one of the leaders working in Israel. Grantley became more excited as he listened. At the end of the conversation, Grantley told the man he would give him an answer about serving in Israel the next morning.

Grantley heard God speak to him: “If I asked you to do this for the rest of your life, would you do it for Me?”

That night, he spent time in prayer and felt convinced God had answered his prayer. The next morning he looked for the man but found that he had left during the night. Grantley was shocked. He tried to learn more about Israel but also felt pressure from others to join the OM team in Brussels, Belgium. He felt trapped.

Grantley told God, “I will submit to my leaders. You need to change their hearts.” Grantley left for Brussels, but he took his feelings of disappointment with him.

Arrival at the OM base only seemed to confirm Grantley’s feelings of disappointment—nothing about the place seemed beautiful. The base was a poorly-renovated paper mill in the heart of the industrial part of Brussels. The accommodation rooms were divided by walls made of building material that reminded Grantley of a squatter camp.

With OM in Brussels, Grantley did practical work around the base in the mornings. In the afternoons, he went with a team into the neighbourhoods to share the gospel with Arabs. Grantley found this to be a disheartening experience. In the cold winter, the team had to walk along pavements full of ankle-deep slush mixed with dog faeces. People who received the leaflets usually crumpled them immediately and dropped them in the slush. To Grantley, each day seemed worse than the day before.

Angrily, Grantley ranted and raved at God—God had promised Grantley a beautiful place, and instead Grantley found himself living in “a noisy, polluted dump”. He wondered if he was wasting his time, God’s time, and his supporters’ money handing out tracts to people he did not love and who didn’t seem to care about him.

After an hour, Grantley heard God speak to him: “If I asked you to do this for the rest of your life, would you do it for Me?” God’s answer seemed like petrol on Grantley’s fire, but eventually he calmed down. In a defining moment, Grantley vowed to do whatever God wanted of him. Peace flooded him and he knew he was in God’s perfect will for his life.

Over the next two years with OM, Grantley visited most of Europe, South America and much of North America. Both Grantley and a friend had the joy of leading an Arab to salvation and seeing him baptised. Grantley even heard that many more people were calling OM for more information about Jesus because of the tracts he and the team had handed out. For many years, Brussels was Grantley’s home.

Now, 25 years later, Grantley serves with OM in South Africa, recruiting students for missions. Though he no longer lives in Brussels, he tries to visit when he can. It had become the beautiful place in his heart. 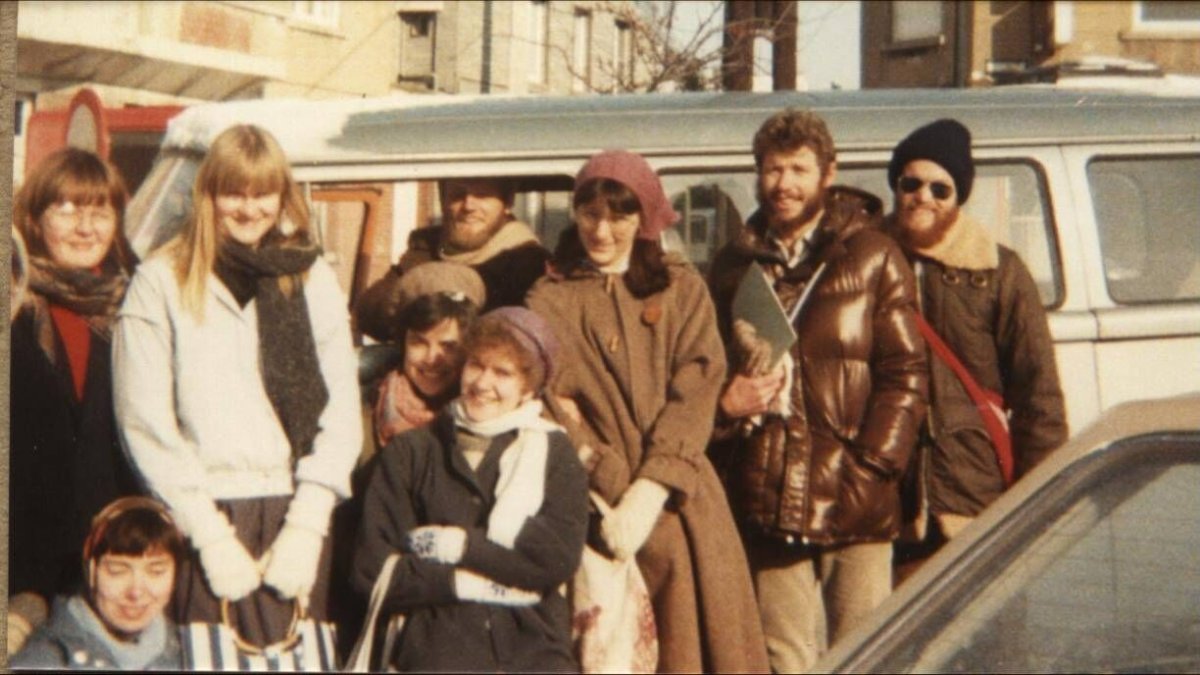 Grantley (second from the right) and the OM team in Belgium in 1985 went into the neighbourhoods to share the gospel with Arabs. 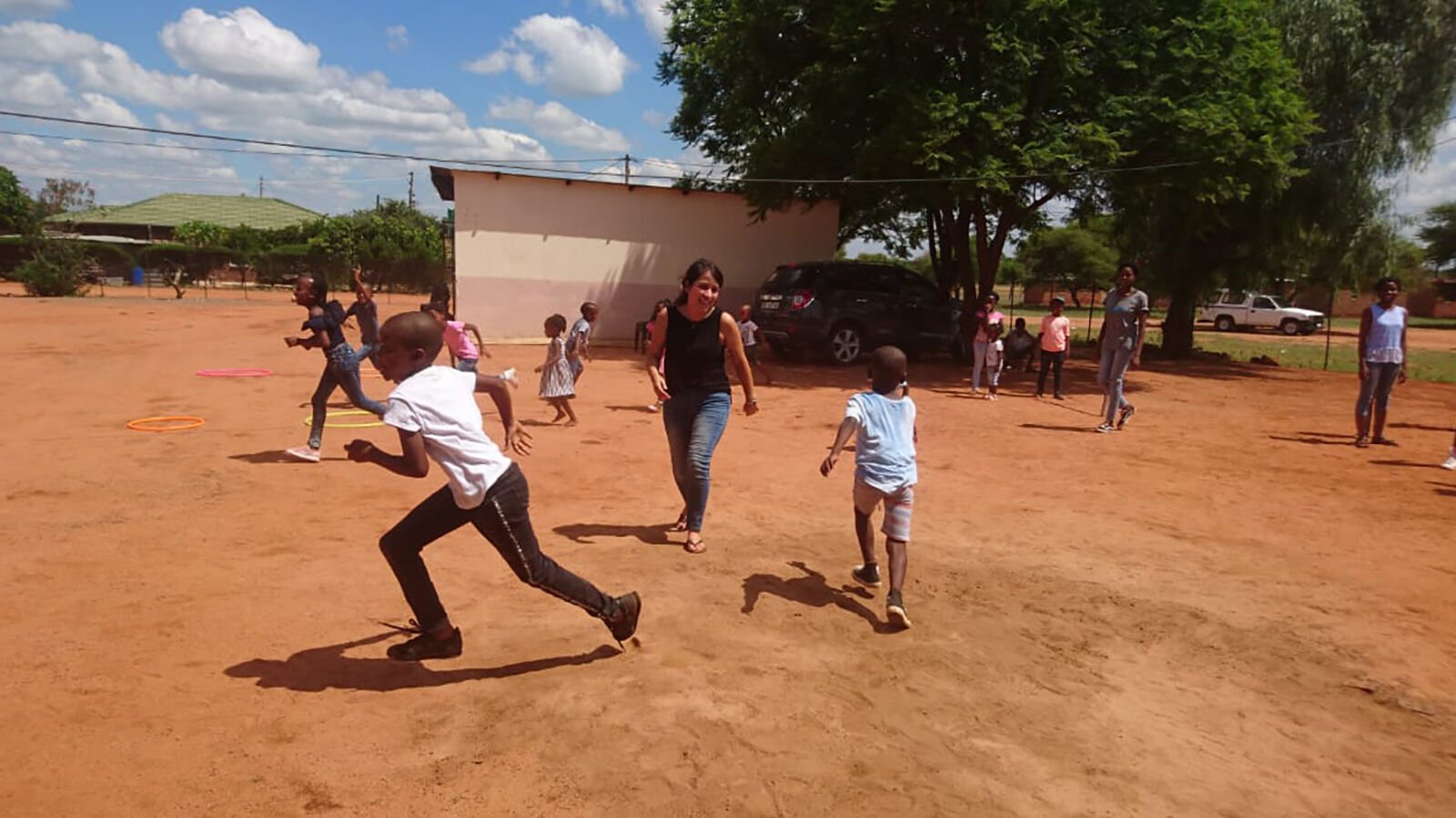 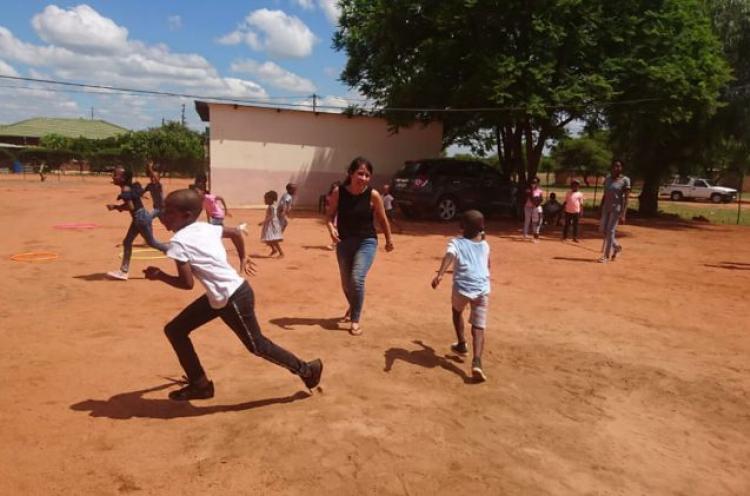 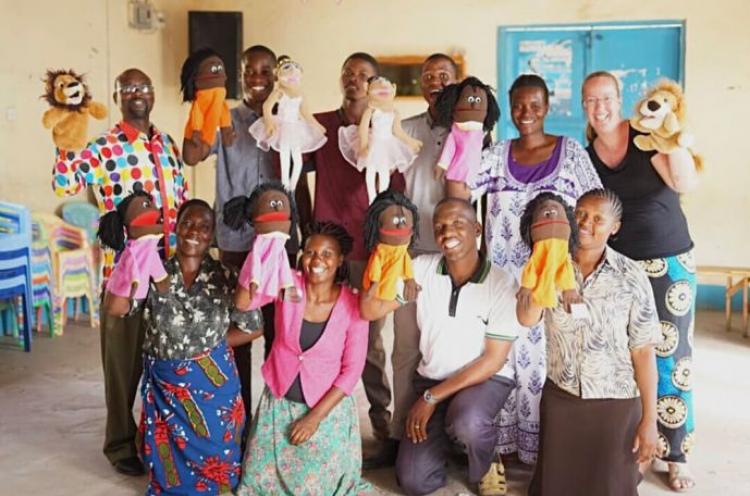