How could God use someone from the jungle to go to another country? Agustinus once wondered.

Agustinus was born into a Christian family in Indonesia. His parents were some of the first to become believers in their area, which historically adhered to traditional beliefs.

In Indonesia, Agustinus has been working at an OM centre for the past eight years; helping in the area of education. Children visit the centre to attend kindergarten, do homeschooling or to receive help with their homework. The gospel is demonstrated to each individual through workers showing God’s love to them. The team makes a point of building relationships with each child’s family and visiting them at home to show they care.

Wanting to expand his world view, Agustinus asked his leader about serving outside of Indonesia. Originally he thought about going to the Logos Hope, but his team leader suggested he attend Missions Discipleship Training (MDT) in South Africa to further develop himself.

“MDT for me was not just training; but restoration in my life; a time to be closer with God and restore my relationship with God. It changed my life,” said Agustinus.

MDT disciples and equips believers to be part of God’s transformation of lives and communities locally and among the nations. Six-months long, the programme exposes participants to living cross-culturally, gives them practical experience through hands-on outreaches and helps grow their faith.

Missions Mobilising Training (MMT) is an intensive week-long training within MDT where participants learn about other countries, how to pray for them and how to mobilise others to be involved in missions through various presentations, skits and simulations. To Agustinus, MMT was one of the most impactful weeks of MDT.

“We heard a lot about persecution in other countries because of Christianity and missions. I was so emotional because it’s not like you just do a simulation — the real thing happens in my country,” said Agustinus thinking of Indonesians who have been persecuted because of their faith.

After MDT Agustinus travelled to Tanzania to work with the OM team there for three months. “Tanzania was no longer training, but the real thing of what to do in ministry and how to work together in another country in a team; working together with the local people,” he said.

In Tanzania Agustinus was involved in village outreaches doing activities such as door-to-door evangelism, showing The Jesus Film, helping build a church and encouraging local believers.

Some of the local believers he connected with belonged to a Maasai tribe who meet in the shade of a large tree for fellowship. Agustinus enjoyed worshipping together with them under the stars during their prayer evenings and building friendships.

“I try to learn from them how to greet someone. I want them to be like: 'OK, this guy really wants to know us, not just come and go.’ I try to make relationships, personal relationships with them. Our conversations are difficult [because of language barriers] but I enjoyed our time together,” said Agustinus.

Another similarity he found was the beliefs of people he met in both Indonesia and Tanzania. Islam is very common in both countries, as well as traditional beliefs involving spirits. Tanzania however, was the first place Agustinus saw multiple people accept Christ as their Saviour at a time — one day he witnessed 20.

“I thank God that I can do ministry; it’s only because of God,” Agustinus said. “It’s amazing what God has done in my life.” 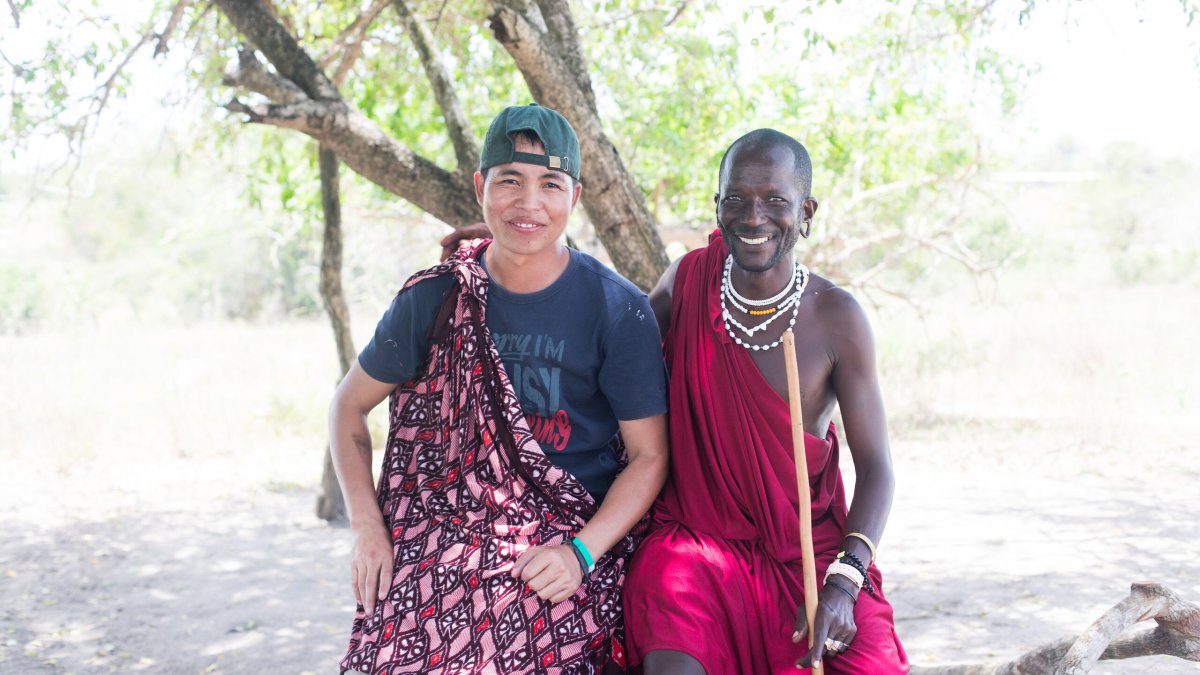 Agustinus (Indonesia) tries on traditional maasai clothing with a chief in a Tanzanian village. Photo by Rebecca Rempel. 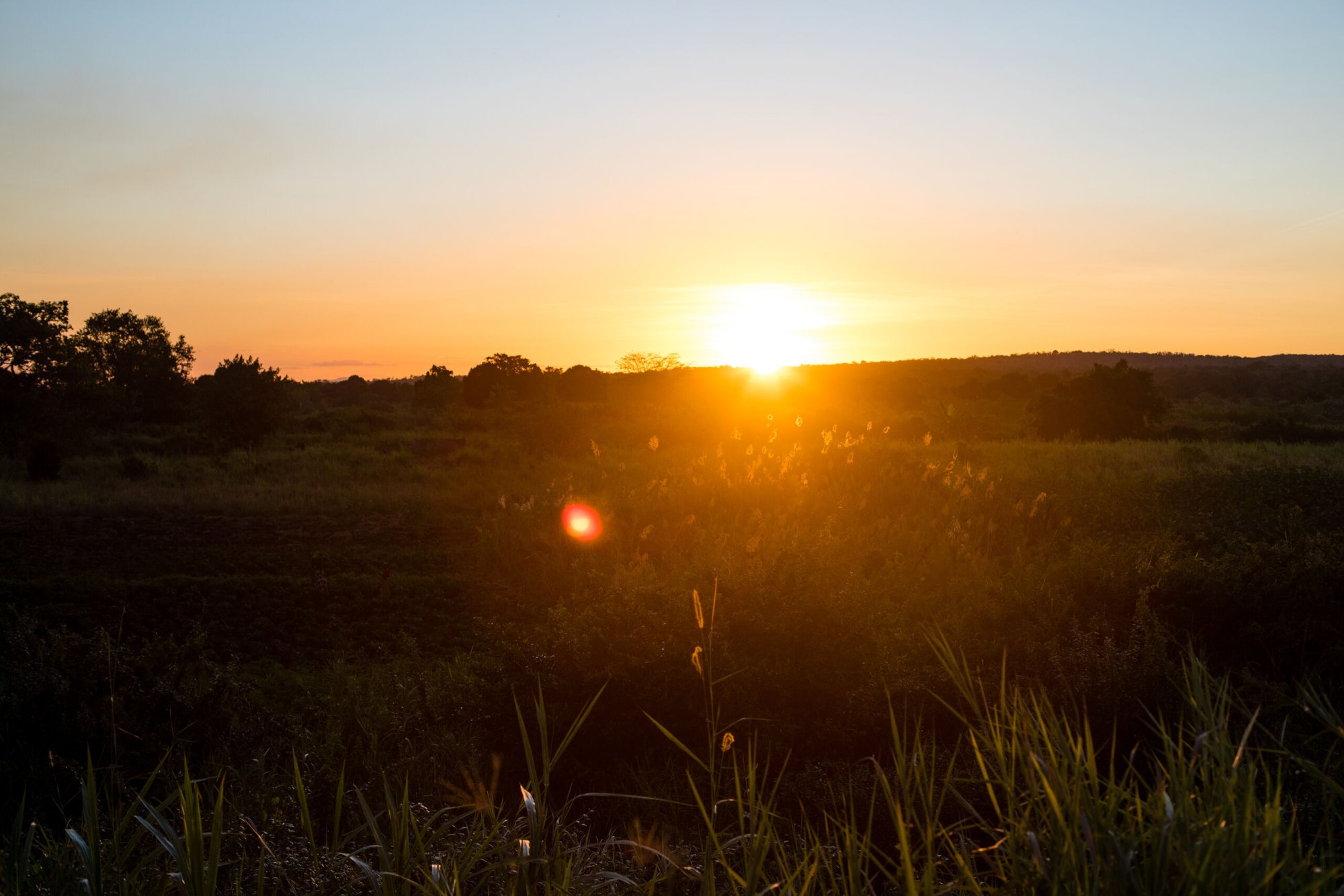 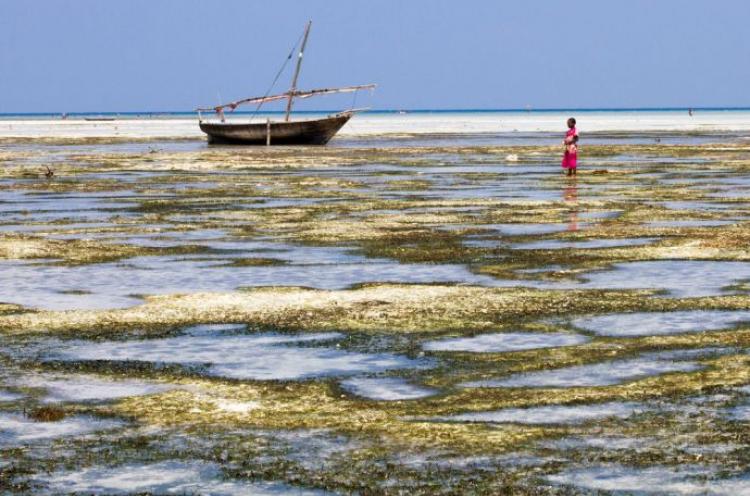 “I pray: ‘Give me the strategy, give me the way, the window to talk with Muslims. For me, my name is a bridge: it sounds Muslim, and they welcome me in their house,” explains OMer Samar.