'What God wired me for'

When Matt Harper (US) started serving in missions, he didn’t move overseas. For 15 years, he has been working behind the scenes—and behind computer screens—in personnel, helping others get where God wants them to go.

“It’s not an exaggeration to say I feel like I’ve served alongside people in OM who are heroes of the faith to me,” he shared. “Many of those people would hate being ‘stuck’ in a home office, but they’re so glad that I’m there. The reality is that if you’re out there, trekking in Southeast Asia, and you’re passionate about that, then you want the person back in the office passionate about supporting you.

“I get to hear about what’s going on in a lot of places. I get to serve in my giftedness to make a practical contribution, so I don’t see it as being ‘stuck’ in a home office: I see it being in line with what God has wired me for and prepared me to do.”

Matt grew up going to church, “but it was a church that talked a lot about being a good person. It wasn’t focused on the Bible,” he described. When he was 12 or 13, his oldest sister, ten years his senior, started attending a different church that emphasised the Bible’s core message—that people are separated from God and cannot fix that on their own.

“Not to say that I’d never heard [the good news] from anyone, but someone that I was personally connected to had a change in their life because of the gospel,” he said. That was the start of his own transformation. Matt’s sister became a Christian and then, within four years, his parents became believers, followed by his other two sisters. At age 15, Matt also decided to follow Jesus.

“The thing that really brought me to Christ was wrestling with the question: ‘How good is good enough?’” he shared. “I realised it isn’t about being good enough; it’s that you’re dead [because of sin] regardless of what you’ve done.”

When Matt became a Christian, he developed an internal peace, knowing He was secure with God because of what Jesus had done for him.

Over the years, Matt said he excelled in helping other people be effective. He got a degree in education, taught for a few years, then went back to graduate school and studied training and development. When Matt started his graduate programme, he met some visiting missionaries who encouraged him to think about how to use training and development in a missions or ministry context. Although he was interested, he didn’t have any clear steps forward.

After completing his degree, Matt took a job with a company he thought might provide some cross-cultural experience. At that point, he didn’t plan to stay in the corporate world forever but ultimately hoped to take his degree and any additional experience to a ministry or missions setting.

The subsequent seven years didn’t provide the cross-cultural training he’d hoped for, but Matt had simultaneously gotten increasingly involved with missions in his local church—serving on the missions committee, going on short-term trips and volunteering with international students attending colleges close to where his family lived.

“God was growing the desire to potentially serve in some kind of cross-cultural ministry setting,” Matt remembered. His wife encouraged him to follow the Lord’s leading, and they started looking for organisations with needs that matched Matt’s skills.

For his first 11 years with OM, Matt served at the US home office in personnel, before transitioning to his current role with the Caribbean home office, also located in the US. While his position hasn’t been directly related to his degree, “it’s an application of how I feel that I’m wired,” he said. “Really the last 15 years as I see it, it’s coming alongside people, helping them get to where they’re going, helping them to be ultimately effective in their ministry and dealing with challenges they encounter along the way, be it support issues, visas or finding a good field that’s a match for them.”

He connects with those he serves through technology, relying largely on video chats and WhatsApp to discover people’s personalities and passions. “Our focus in the Caribbean is raising up workers and resources to go out,” he explained. The Church is established on the islands, but by and large, individual churches have not internalised the biblical mandate for global missions.

Matt’s interactions with people often start as they look for places to serve overseas. The relationship continues as they raise support and prepare to go. “In the personnel role within OM, we are asking questions about people’s lives [about] matters that they may have never spoken to anyone else about.” He recognises the vulnerability required for people to talk about their struggles, past and present, and shares God’s love with them by responding graciously. “I can’t gloss over issues that need to be dealt with, but I try to be as sensitive as possible when having those delicate conversations,” he clarified.

Smaller interactions, like giving guidance on a visa situation or helping work through a support issue, also encourage him to keep pressing on. “The big point for me is I’ve been able to serve and ultimately benefit someone serving on the field, on their journey to the field, and, in some cases, serve an individual even if they don’t end up going with OM,” he said.

“When I see someone complete their initial commitment and continue on to serve, that’s a big win for me.”

By embracing his role and supporting others, Matt is contributing to the kingdom of God. “If we were all eyes or thumbs or whatever, there would be gaps because there’s just a need for that support function within the organisation,” he explained, referencing the picture of the body of Christ in 1 Corinthians 12:14-20. “We’re called to be faithful and use the gifts God’s given us.” 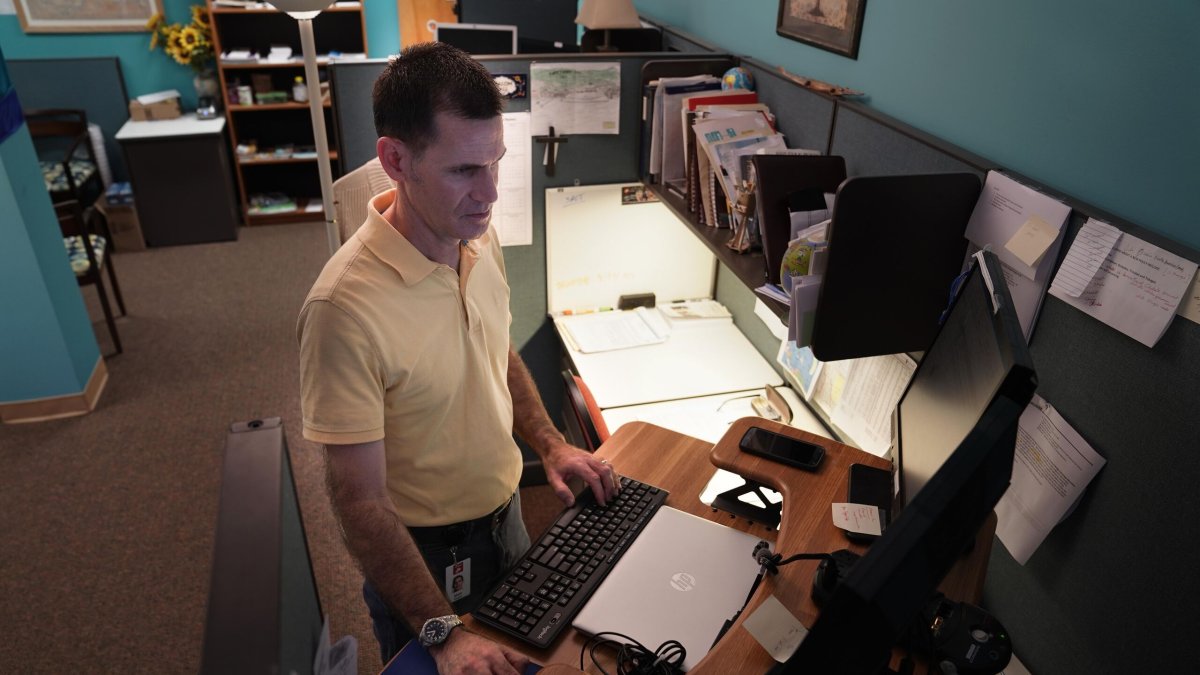 Matt in his office working through documents for OM in the Caribbean. Photo by Alex Arpag 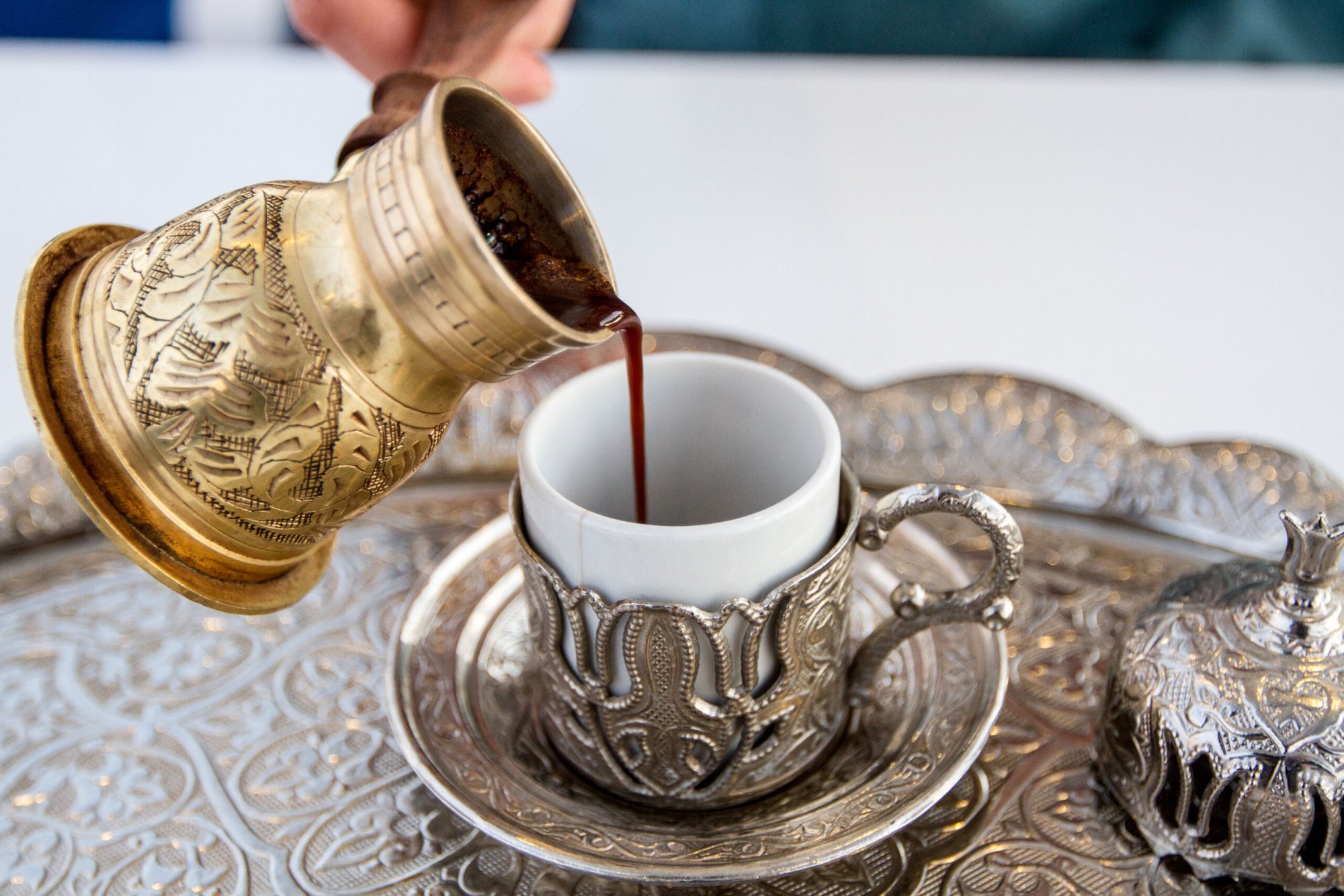 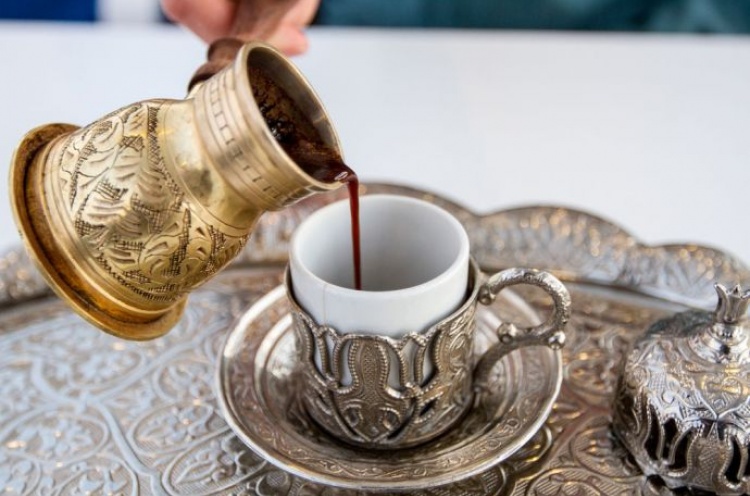 Loving our Muslim neighbours is an opportunity and privilege.