Come and see what God has done - catch the vision for what He will do!

OM EAST field leader Edwin Keller and his team invite OM workers, supporters, partners and former team members from around the world to join them in giving thanks for God’s faithfulness and amazing deeds. They look forward to worshiping God together, enjoying fellowship, and hearing stories of the gospel reaching people groups and strengthening churches throughout Eurasia.

“As literature and media has gone out over the past 50 years, a lot of seeds have been sown,” field leader Edwin reflected. “This milestone represents the Lord’s faithfulness, which continues into the next 50 years - one day we will see a great multitude standing before the throne of God!”

OM EAST’s work of bringing hope to Eurasia started in 1968 when OM co-founder Dale Rhoton launched the vision to smuggle Scripture behind the Iron Curtain. The team witnessed miracle after miracle as they succeeded in transporting tens of thousands of Christian publications into Communist Europe and the former Soviet Union.

Today, OM EAST shares the hope of Christ by producing print and digital media in the heart languages of people groups in Eurasia, including minority groups. They publish materials needed for local OM teams or other Christian organisations to reach: women working in prostitution; Roma in segregated villages; reindeer herders living in an area of Siberia called “The end of the earth”, and many others. Each year OM EAST’s literature and media ministry prints around seventy thousand books in over 25 languages, creating additional eBooks for download to distribute more widely.

The team continues to experience that with God’s help, there is no place too hard, no people too far and no language too difficult. As individuals meet Jesus at their point of need, lives are changed and communities transformed.

Join OM EAST in celebrating this significant milestone and be part of bringing hope in the years to come!

All participants must register. To register, for details regarding registration costs and further information, please go to: OM EAST 50th Anniversary. 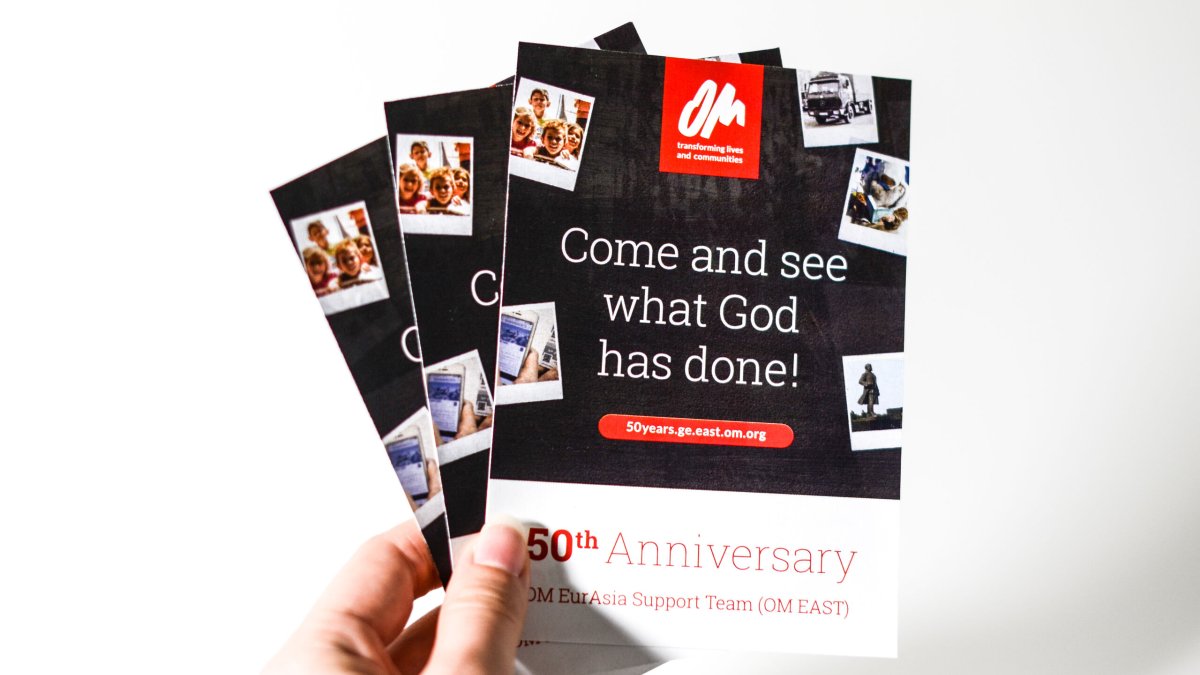