Hailed as an ‘emerging super-power’, China - officially known as the People’s Republic of China - is the fourth-largest country in the world. With 1.3 billion people, it is considered the world’s most densely populated nation.

Bordered by 14 countries and four seas, the size of this nation is staggering. From the breath-taking mountain ranges of the Tibetan plateau, to the meandering rivers and lakes of Guilin, to the ancient city walls that stretch thousands of kilometres, to the dizzying heights of Shanghai’s skyscrapers - China boasts almost every landscape imaginable.

With the establishment of the People’s Republic of China by the Chinese Communist Party in 1949, the country closed its doors to the world. At that time, out of an estimated population of 450 million, there were about 500,000 baptised Christians in China. Today, however, that number has grown to well over 100 million; perhaps the one of the greatest examples of the work of the Holy Spirit in history.

As China opens her doors to the world and makes her way onto the world stage, tremendous opportunities are opening up. The increasing demand of the Chinese people for skills, knowledge and technology has created an environment of greater openness - an openness that nevertheless needs to be embraced with great wisdom and sensitivity.

A country with one of the world’s fastest growing churches, China today remains a place where the spiritual need is surpassed only by the spiritual hunger; a hunger and need we seek to address and respond to. A Chinese leader recently said ‘If you want me to walk the path you must open a road for me’. We believe that OM China has the task of opening that road. We want to equip, train and facilitate the Church to fulfil the task of the Great Commission by providing them with a ‘road’ to mission.

The 7 key areas of focus for OM China are: Mobilisation, Mentoring, Minorities, Marriage and Family, Mercy, Market Place and Migrants. 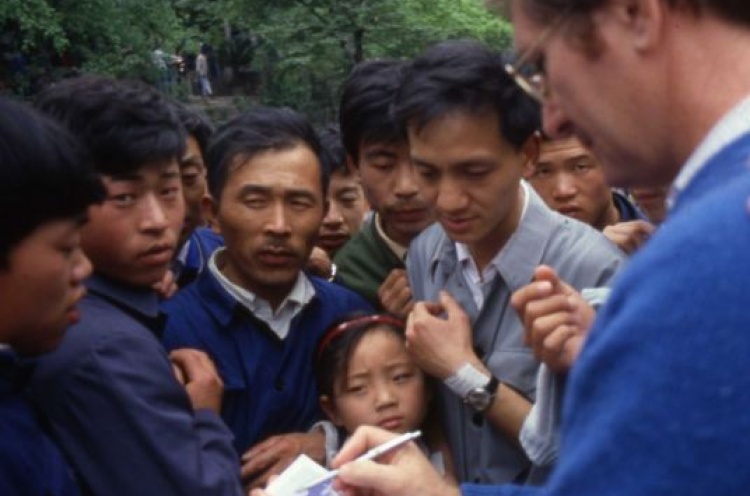 One generation plants the trees, another gets the shade

Thirty-five years ago MV Logos sailed into Shanghai, a visit that paved the way for future ship visits. Today, OM seeks to mobilise Chinese-speaking churches across the East Asia Pacific.