Our goal in Madagascar is to train up Malagasy nationals to take the gospel to the many remote villages along the island that that are still considered unreached. We want to see the church become mobilised and equipped for the task of reaching the least-reached in Madagascar. We want to see the church shift from being just a mission field to becoming part of God’s plan to reach the nations.

About 50% of the population claim to belong to some denomination of Christianity, but it’s estimated that only about 10% truly know Jesus. As is common in other parts of Africa, traditional practices like ancestor worship is often mixed with Christianity.

The big island of Madagascar can be found just off the coast of eastern Africa. It is a country with a French heritage but an unstable political climate. While Madagascar’s political situation does play a part in the country’s weak economy, frequent natural disasters—like floods and cyclones—are another big contributor. Originally, the Malagasy people immigrated to the island from Indonesia, the African continent and Arabia. In later days Comorians, Chinese and Indo-Pakistani peoples have joined them.

Our Ministries in Madagascar

Listen to Me Islands (Outreach)

Annually, an international team travels to Ambovombe in the Androy region to the south of the island for a week-long outreach. The outreach involves various ministries including: door to door ministry, open air programs, women, youth, and children programs, and church conferences.

Run once a year, the Discipleship Training in Antananarivo is five months long, including practicals. Partnering with local churches, the students are involved in a variety of different ministries including: a Bible study, kid's ministry, door to door ministry, and the annual outreach. Our goal consists in making sure that both believers and church leaders are adequately trained and equipped to address and deal with those issues. We have also felt that training and involving the youth is critical if we want to see the remotest villages reached with the Gospel and develop socially, economically, and spiritually. Another big issue is that illiteracy rate is staggering high so that there is always need for training.

Starting in early 2014, we have been making bi-weekly visits to the hospital in Ambovombe alongside local Christians. The only hospital around for miles, patients come from all over the Androy region seeking medical help. Most of the time the patient's entire immediate family makes the journey with them, leaving behind the crops or animals. We go to the hospital to pray with patients, and distribute much-needed care packages containing rice, oil, soap, and candles.

The already low literacy rates are declining in the south at a rapid rate. Some families can not financially afford to send their children to school, and others need them to look after the home or care for the animals. We have started a five-month long literacy programme for students of all ages and abilities. The Literacy Programme is a great opportunity for discipling the students in their faith, or introducing them to Christianity, as not everyone in the classes know God. Every lesson begins and ends with prayer and by the second month the students begin reading the Bible to practice their skills.

Namana is a Malagasy word meaning 'friend'. This community development project helps people become independent and able to provide for their families. We gives small loans, as well as business training, for recipients to start a small business, or improve an existing one. The training aspect includes lessons on budgeting, saving, business plans, and the Biblical values and principles of running a business. The program partners with local churches that help identify potential candidates and encourage them on their journey.

In recent years, more and more Comorans have been coming to Madagascar to work and study from the neighbouring Islamic island country of Comoros. We reach out to Comorans through a Bible study at the university campus in Antananarivo. The Bible study includes both Muslims and Christians, Malagasy and Comorans, and builds an understanding of the Bible, as well as friendships. At the end of November we held a two day conference for people interested in muslim ministry. Six people attended and it was such an encouragement to see their hearts for muslim people.

Our current relief project is the digging of a well in a village 6km away from Ambovombe. The village was in desperate need of easily accessible and affordable water. Dust and dirt cover everything in this region, and the lack of water affects the health conditions and agriculture. Attempts to dig a well had been made before but were never successful. We prayed with the local church and decided to dig a well. Twenty-five metres down, water was found. Work continues to brick the well, and build a structure around it. A committee of local leaders and church members has been created and we are teaching them how to manage the well, and it's profits, in a way to benefit the community and glorify God.

There is no full translation of the Bible in the Tandroy dialect, and even if there were, most people would be unable to read it. Solar-powered audioBibles provide a unique solution. Over the past year we have been recording the four gospels, translated and read by local pastors. We hope to be done with the translation part by the end of the year.

Jessy* is from the southern region of Madagascar. She was sent to the local market by her parents to buy groceries, but without any money, forcing her to prostitute herself in what is known as Tsenan’Ampela or the “girls market”. Most child-trafficking in Madagascar occurs with the involvement of family members. Child sex tourism is an increasing problem in the coastal cities.

Perla helps girls who escape child trafficking done under the guise of culture to find the way back to school. Girls from the countryside often migrate to cities such as Antananarivo, looking for work as servants in rich or middle class homes, ending up as domestic slaves. Most of them are barely able to read and write their names. Many become victims of abuse, including physical violence, by their employers. They are usually paid a pittance and what they do earn often goes to support their parents.

Perla provides skills training, coupled with discipleship, assisting these girls to find good jobs as domestic servants and will become a witness of their faith amongst the family who will receive them. The Perla project also creates awareness of the reality of human trafficking in Madagascar. 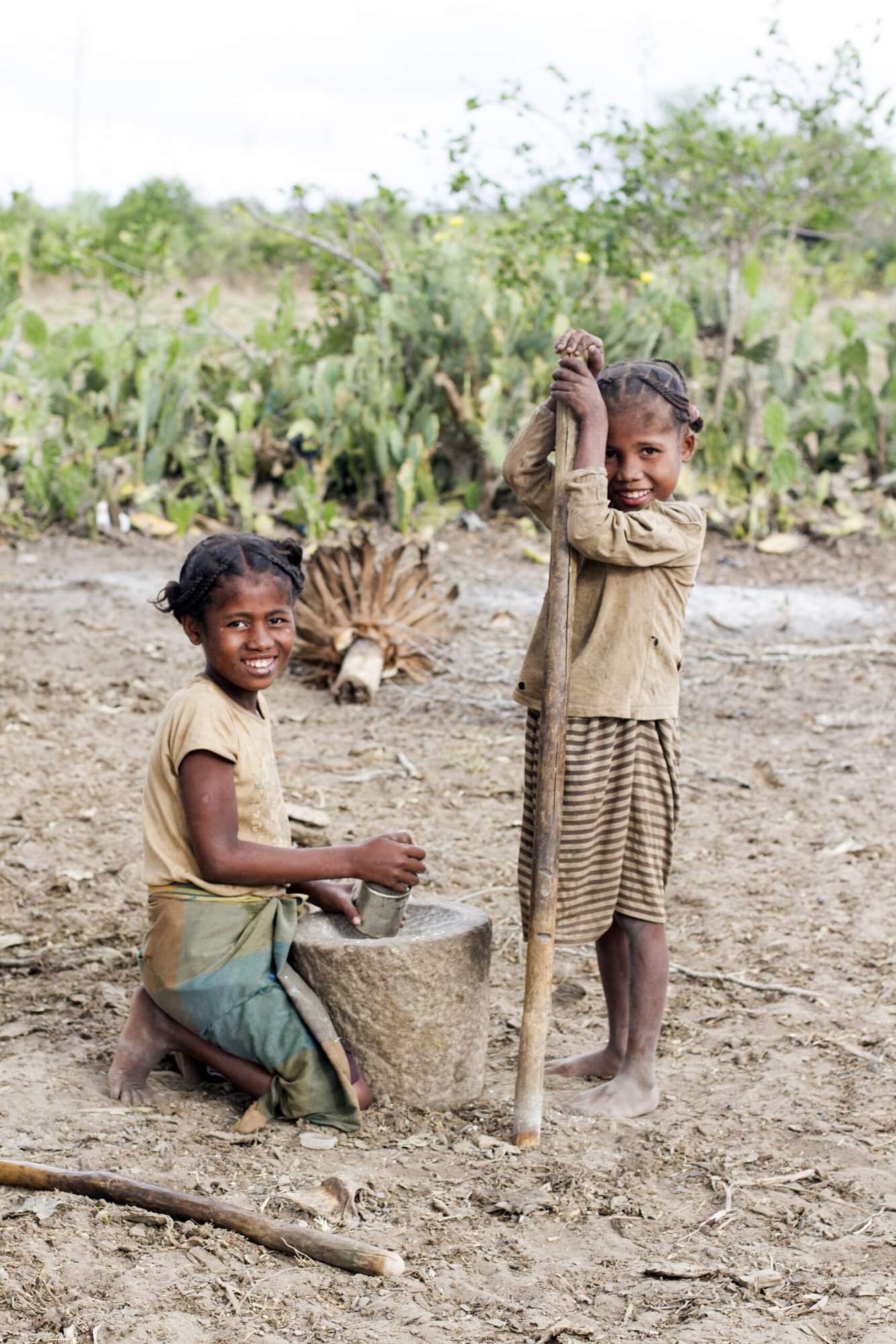 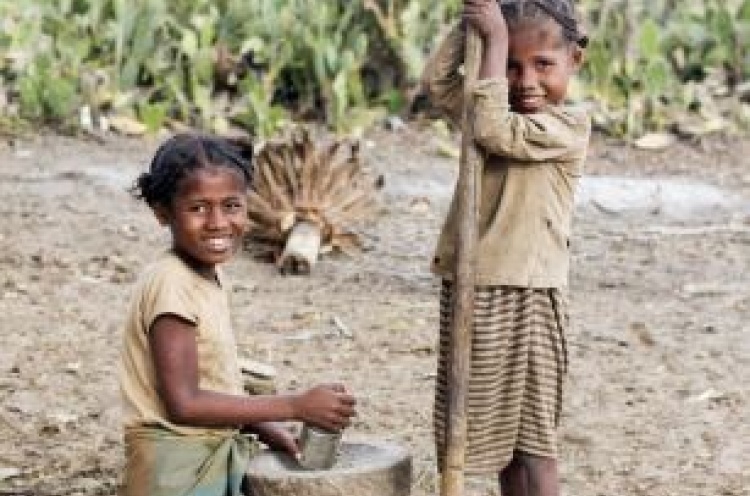 Carrying on the vision

When people's lives are transformed by the gospel, they can't help but want to tell others. 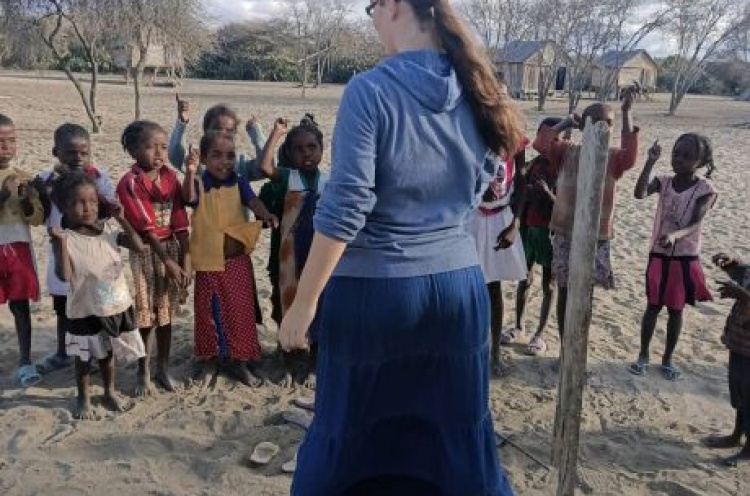