South Africa! Malawi! Italy! Spain! All cycling destinations for keen two-wheeled teams, as they pedalled far and wide to share the love of Christ—and they prayed fervently for God’s leading, as they passed through new landscapes, some without a known church. The ride began at Transform, OM’s summer missions and outreach conference in Europe, then spread far and wide. This is the cyclists’ story, shared by Michel, Chris and Gert.

“It is amazing to see what God has done with a few crazy people on bikes cycling to Transform, then South Africa, Malawi, the UK and other places,” reflects OM Sportslink* leader Chris Welman from South Africa, “and now back to the original spot connecting with the Transform conference in Europe. This warms my heart, and maybe it could inspire others to start…”

Chris had first heard of this ride when a couple of leaders cycled to Rome, Italy, for the Transform conference. By then, he already had some experience with a similar cycling trip; in 2012, partnering with another organisation in South Africa, his team cycled from Johannesburg to Cape Town on a ‘road less travelled’, passing through a lot of small villages. In 2014, they reversed the trip, starting in Cape Town, ending in Johannesburg, this time adding outreaches and training at specific ministry points.

By 2015, Chris was ready for a new challenge. He decided to bring a cycling team across the border into Malawi, a country where everyone cycles, and bicycles are used to transport literally any and everything.

Although the main focus was prayer, the team was able to also hand out audio Bibles and facilitate training in sports and orality. “We were nine people on bikes, and amazingly, felt that God had handpicked each one,” recalls Chris. “We saw much fruit coming from this Malawi tour, also from within our own hearts. It has helped me to focus my prayers.” Later Malawi teams have also stopped to pray in Mangochi along the former slave road.

Gert Daling (Netherlands) did his first Ride2Transform in Malawi in 2016, with a team of 17 people, and the following two years, he co-led the same outreach.

The areas through which the teams cycled are, for the most part, considered least reached, meaning people living there have had little to no opportunity to hear the gospel. Ministry teams were often placed in different locations along the way to train the local people, and the cyclists distributed audio Bibles in the local language.

“I remember coming up a hill in Malawi that we had passed in the two years before,” recalls Gert, “and someone specifically asked for an audio Bible because she had previously received one from us. She and her people had listened to it many times; now it was broken, and they needed a new one. These people remembered us, which gave us an opening to talk and a sense of building on past experiences.”

Another year, a team member went into several mosques, giving audio Bibles to imams, and they also handed out audio Bibles to people of influence in the community. “We went to a school right next to a mosque, and before we knew it, we were standing in front of all these kids sharing our story and sharing about Jesus,” says Gert.

And in 2018, the Ride2Transform was back in Europe, with Gert leading the cycling team during the Transform conference in Spain. The team cycled through many towns without any known evangelical witness and stopped to pray in strategic places. Gert shares, “We were able to give out some Gospels of John, but not as much as we had hoped for. Yet it’s still important that the cycling happened. We don't know what God is doing through our prayers and through the few Gospels that were handed out. And for the coming years, the foundation has been laid to organise more Ride2Transforms during the Transform conference.”

A highlight for the team in Spain was the very first night’s accommodation. They stayed at a rehabilitation centre run by a Christian group. In the evening they worshiped together and shared their testimonies. Roger Ballester (Spain), who was driving the support vehicle, was specially moved by this fellowship; many times as he prayed he found his eyes filling up with tears.

“Even though we did not speak the same language, we still understood each other,” shared Gert, “many conversations with him and others were made possible through Google translate.”

The first Ride2Transform, in Italy

“The idea of combining a personal passion with ministry was the initial reason for the cycling teams,” explains Michel Di Feliciantonio (Italy). “In the first two Ride2Transform teams (2013-2014), we cycled through Italy; first from Turin to the Transform conference in Rome, and the following year, from Venice to Rome. Each year the route was approximately 850 km, and the longest distance in one day was 220 km.”

Along the way, the team visited churches, enjoyed fellowship over a meal and gave a presentation about OM. The second year, fundraising for Syrian refugees was included.

“For me, it was a great way to connect with local churches, share about ministry, get to know my fellow riders, test my limits and, through that experience, I also got to know the church I now pastor!” summarises Michel, smiling.

All three outreaches are still being done annually; Ride2Transform Malawi and Ride2Transform Europe are organised by OM. Please contact your OM home office if you’d like to join.

*OM SportsLink International serves to equip, empower and mobilise local OM teams and partners to be effective in ministering in and through sports, in order that athletes and coaches, local churches and communities can make the most of sports within their culture through sharing the gospel in relational and relevant ways. 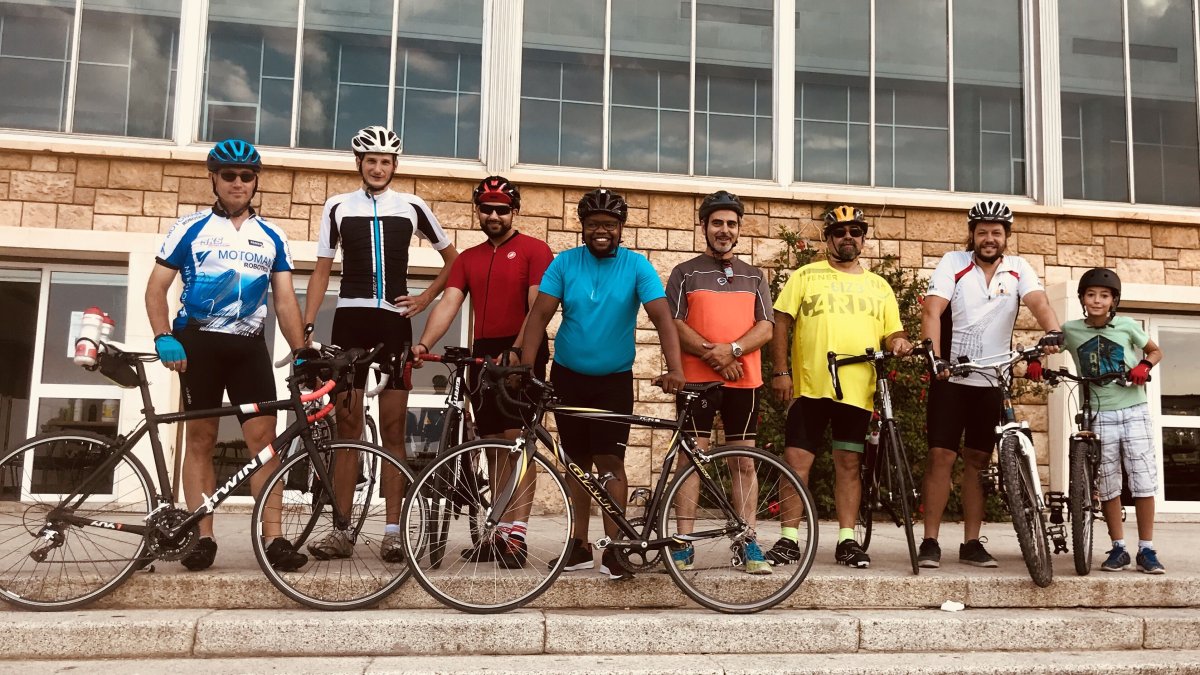 The Ride2Transform team had a few extra members on the first day, including Transform Director Mpumi Maweni in the blue shirt. 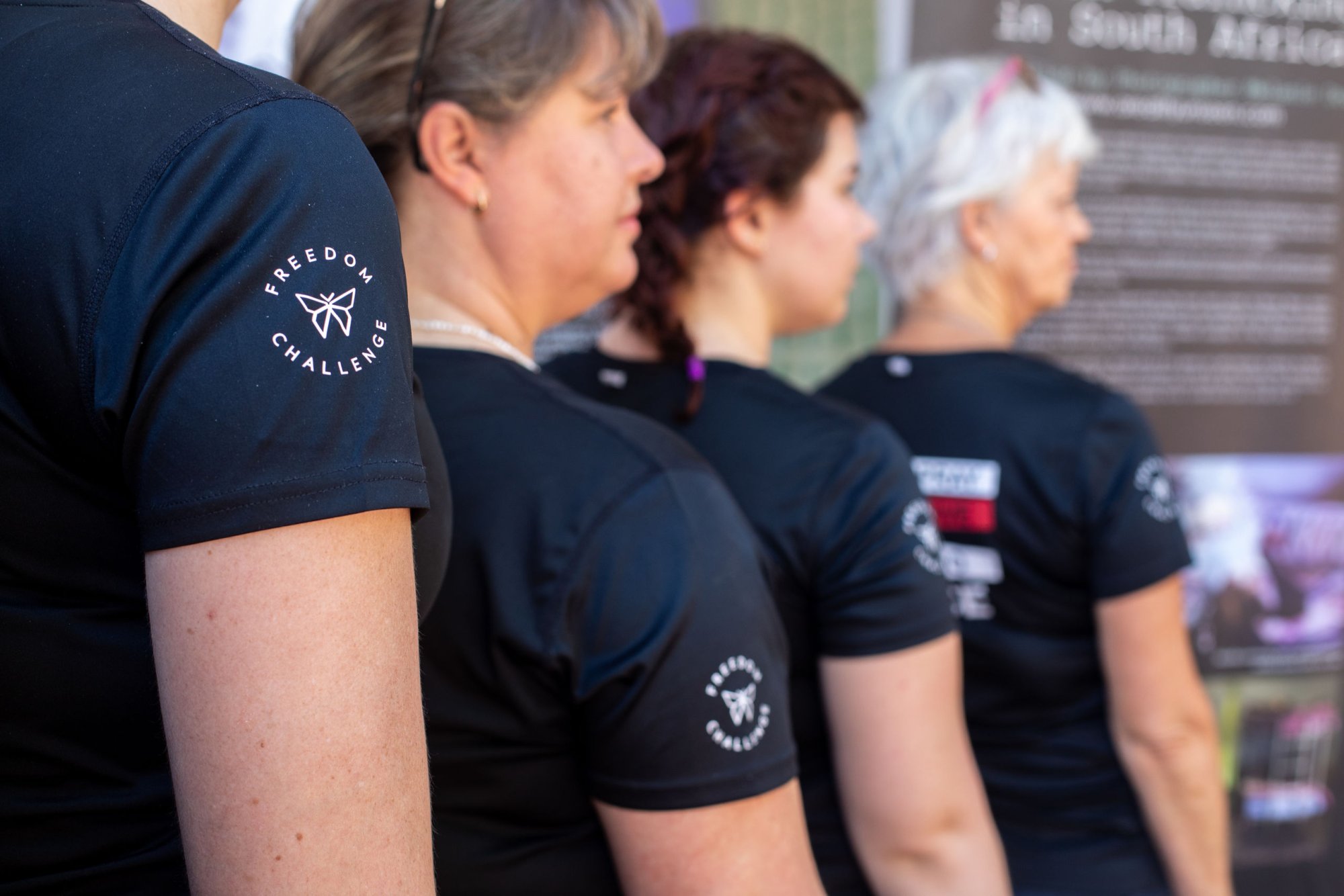 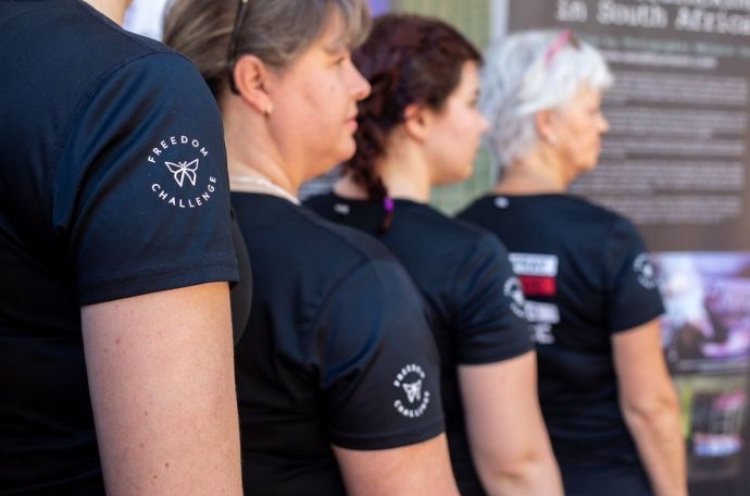 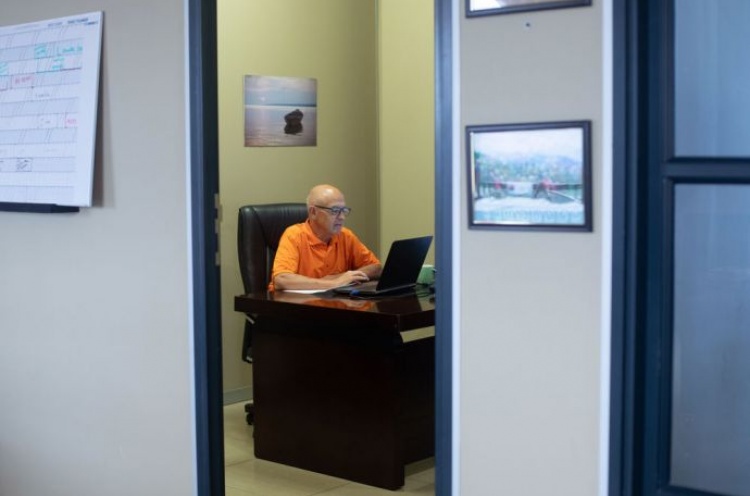 “I have found that, working with the different fields, I can help the young people grow in their roles and support the Field strategically – aspects of my career that I loved to do, and now continue to do so,” said Van Zyl.