The OM team in South Sudan—the world’s youngest country—have faced multiple challenges since their inception: the deaths of two influential OM country leaders, armed conflict in their area and, in 2017, widespread famine. Wanting to reach out to those affected by the food shortages, five members of OM South Sudan began a new relief project alongside church planting.

The outreaches take place in makeshift communities of internally displaced peoples (IDPs) between 10-15 kilometres outside Juba, the capital. OM team members travel to the communities, together with volunteers from local churches, and spend the day listening to people, hearing their stories and understanding the group’s particular situation. The team distributes practical aid, as well as supplying medical treatment and personal counselling.

The team also spends two days in these communities telling the gospel story from creation to Christ.

“It takes a lot of prep before and work after,” shared Tobias, OM MENA Area Leader, who joined the team for the end of one outreach. But it’s an opportunity for them to make a tangible difference. “This whole famine relief turned out to be a major encouragement for the team,” he said. “They see fruit, and they pull in many people from the churches, who are really excited to join them.”

This year, the team plans to re-visit many of the same communities and focus on spiritual development—discipling new believers so that they can feed themselves from God’s Word using tools such as Discovery Bible Study (DBS). The area leader hopes for “lasting fruit” and “sustainable change” to come out of these visits, and that team members “would find ways to continue with the new believers.”

Besides the relief projects, the OM South Sudan team operates a bookshop in Juba and looks to organise two training conferences this year: a three-day gathering for ladies and a youth camp. “The nice thing about OM in South Sudan is they have an excellent reputation, which opens doors right and left,” the area leader said. “If OM invites, hundreds come.”

Pray for new team members to join the OM team in South Sudan. Pray for lasting change to take place in the communities the team visits. Pray that the upcoming conferences will be successful in equipping and mobilising believers to reach the least reached in their country. 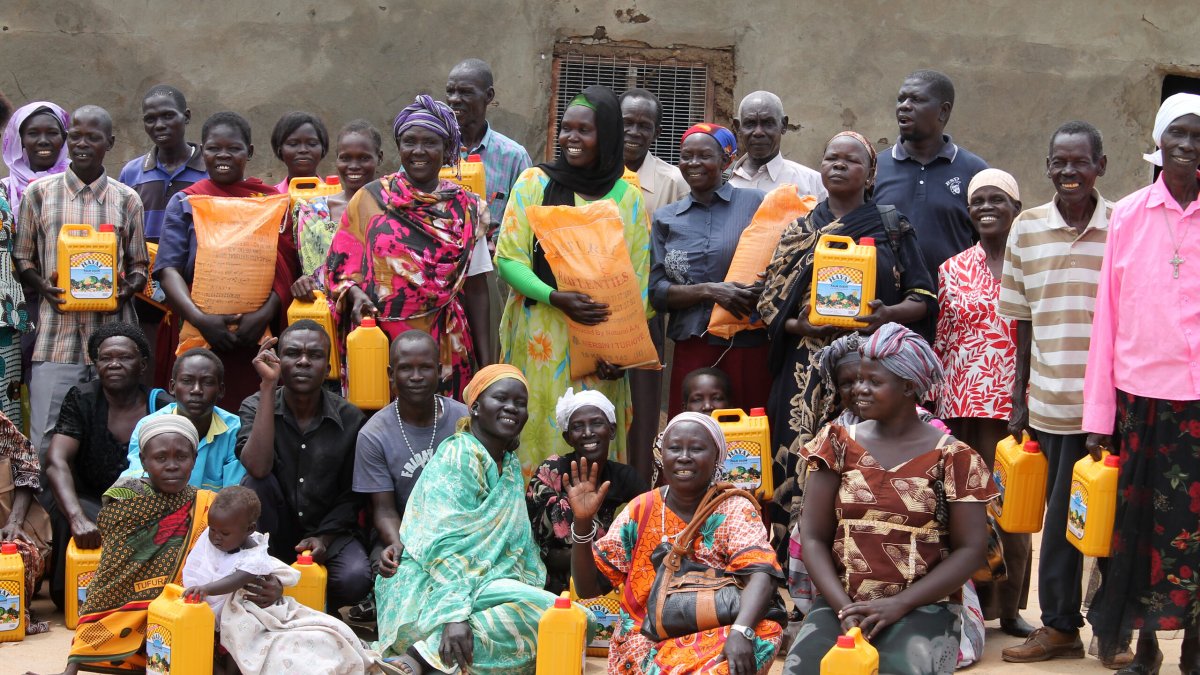