Putting the Caucasus on the map

Between Islam, Animism and Orthodox Christianity, vibrant communities of Jesus followers in the Caucasus region are few and far between. Long-term OM workers Kevin* and his wife, Marie*, a Caucasus native, want to see that change. “Whatever form it takes, we want to see people coming to faith and growing in faith,” Kevin stated.

The region, rife with ongoing conflicts, ancient grudges and countless cultures and languages, is a challenging place to serve. Some churches exist in larger cities, but many towns and villages have no known evangelical believers and lack any gospel influence. Kevin, serving with OM for over 25 years, has spent the last decade in his current village. Five years ago, he and Marie purchased a house, which they operate as a guest accommodation and use to host summer camps. They also teach English, translate Christian materials into a local language and raise a handful of farm animals.

Workers with pioneering, entrepreneurial mind-sets are needed to support the small OM teams—a handful of people spread across two countries, with a third still waiting for a team—in discipling local believers and reaching the unreached. “We feel that it’s time to be putting the Caucasus on the map,” Kevin announced at a recent OM conference.

The couple’s consistent involvement in the community has opened doors for people to hear about Christ. In a nearby village, they have already seen one grandmother, sole caretaker for several of her orphaned grandchildren, follow Jesus. During a short-term team’s visit to the area, the workers cut and supplied firewood for the woman’s entire winter supply. While the team was stacking wood, Kevin noticed an ‘evil eye’ pendant, ubiquitous in Turkey as a superstitious method of ensuring protection, in her house.

“Where is this from?” Kevin asked.

“My grandson brought it to me,” she said.

Kevin opened his Bible and showed the grandmother Psalm 28:7, “The Lord is my strength and my shield; my heart trusts in Him, and He helps me” (NIV).

“This stone is not your shield. God is your shield. You need to pray to Him to protect you, and He will,” Kevin told her.

He took the pendant with him and smashed it on a rock near his house. “I felt like it was showing her the difference between a thing, that is just a superstition, and God, who is our shield,” he explained.

In subsequent conversations with her, Kevin and Marie noticed a difference. “When you pray, I feel the change,” the grandmother told Marie. “The hope and the [Holy] Spirit comes in me. I am not afraid anymore.”

“We have a few stories like this,” Kevin said. “When we visit people, we read the Bible and pray with them. ...They regularly say, ‘I believe in God and in the Bible.’” The answers found in Scripture are “hope for them,” he added.

The area wasn’t always open to evangelism. When Kevin and Marie first started talking about their faith, one man came to their house, armed with a knife. “You are a traitor. You believe in foreign gods,” he accused. He claimed that their neighbours had listened to him and agreed: “We will burn down their house and kick them out if they do this.”

Marie called the man’s wife and was able to calm the situation before anything happened, but the couple continued their efforts more carefully. Now, however, Kevin said, “I am seeing more openness and more opportunity and more partnering.”

Last summer, they hosted a Christian camp in the village, with 30 outsiders running the camp and as many local children participating. “Young people came and watched the mimes and [listened to] the testimonies here,” Kevin described.

The progress is encouraging, but pioneering alone takes a toll. “Sometimes I think what I am doing here is very difficult,” Marie admitted. “And then as soon as I think like this, somebody out of the blue calls me and says how they appreciate what I’m doing for the village or what my husband does. I am so surprised. This is the Spirit of God who speaks through people for me not to give up or be discouraged.”

Recently, another couple, also workers, moved closer to the province, to begin ministering in the next village. “Now we often meet together, pray and read [the Bible] and have communion,” Marie shared. “For the first time in five years, it was like I belonged to a church. ...It was a big thing for me not to only read the Bible with people who don’t know Him, but they believe in God and we can share with each other.”

The fellowship is also an example for others in the community, some of whom they have already invited to join. “We’d really like to see the local believers mobilised to reach out,” Kevin stressed. “They can do that cross-culturally in their own country and beyond.”

Please pray for more long-term workers to join the work in the Caucasus, engaging unreached people groups and discipling new believers to reach out to those around them. Pray for the peace of Christ to cover the region, which has suffered from ongoing conflict. 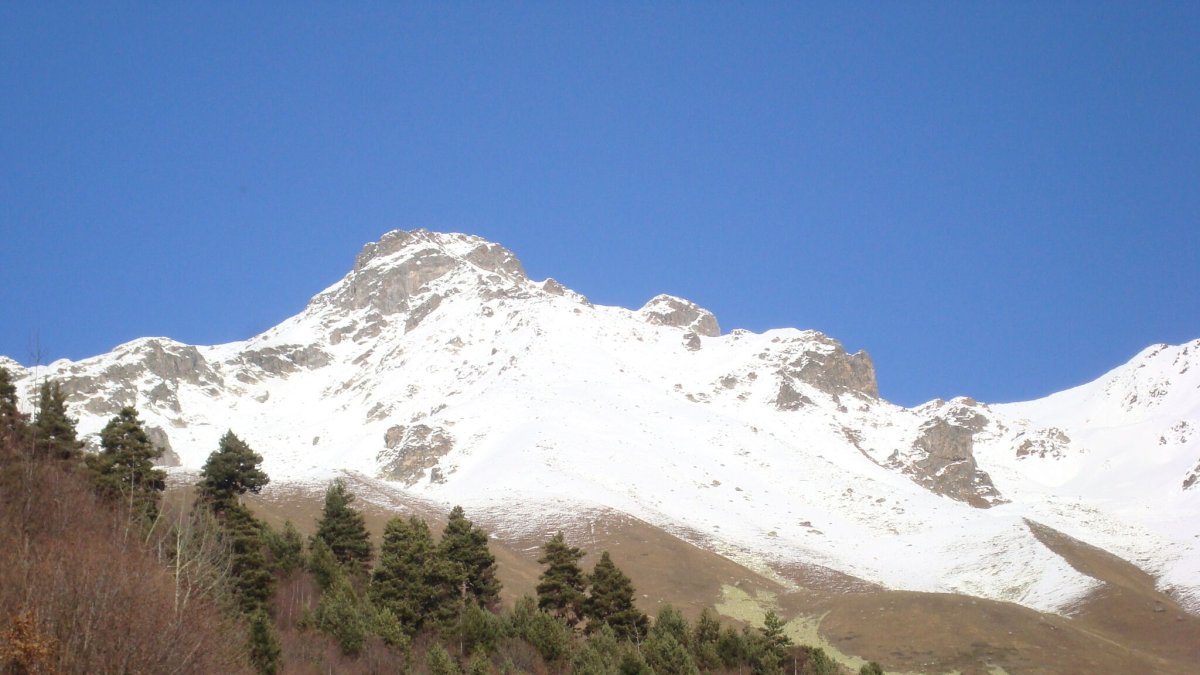 Snow-covered mountains in the Caucasus