Every Wednesday participants of the discipleship training programme MDT Hope for Zurich gather children ages 4 to 11 at a local church's facilities for Kids Treff—an afternoon of storytelling, teaching, play and fun.

Debora Lamprecht is student of theology and, during her internship, co-leading the MDT Hope for Zurich. She relates, “We are at the Kids Treff in the Zurich suburb of Schwamendingen, a neighbourhood with a high percentage of people with [an immigrant] background. Many of them have never heard of the good news of Jesus Christ.”

The kids come from many different cultures, various countries and completely different religious backgrounds. The combination is not always easy as frictions are pre-programmed. The OM team finds it very interesting to share God’s love with such a group, but they admit it also takes a lot of energy and is very tiring.

Debora continues, “It was one of these afternoons again. This time, the teasing and fighting went so far that it became impossible for the staff to explain the rules of the next game. Don't assume that just kids hailing from other countries were causing unrest; the Swiss-born kids behaved just as poorly.

“We, the team, met in prayer, to ask the Lord to help us find new ideas to meet the challenge we were facing. Somebody came up with the idea to design a Kids Treff T-shirt to create an identity: a feeling of belonging. Kids Treff values would be communicated by wearing such a shirt. The shirts would be worn to all our meetings. Our idea was meditated on and finally dropped—too many unsolved questions, especially in accommodating the requirements of different seasons.

“Instead God gave us a new idea: We would braid some nice, wide bracelets, complete with a clasp to facilitate putting them on and taking them off. The bracelets were for wearing only during our meetings. During the braiding, we could teach them our Kids Treff values: respect, honesty, fairness. In German, the beginning letters spell REF (respekt, ehrlichkeit, fairness). ‘Ref’ in the German short form means 'referee'. It’s a nice play on words; a word-play the kids understand!”

Deborah shares a little, rather funny incident that happened on the day of braiding: “Everybody was excited about this afternoon of braiding, and each one of our team thought someone else was doing the teaching. With great surprise, we discovered that nobody had ever braided bracelets before... Consulting the internet, we found simple instructions, and, together, we learned how to do the craft—and how to teach it.”

Although the team leader had to ask somebody else to go out to the streets to invite children in, they were ready in time to teach. There was something else that Deborah wanted to highlight: “There was just no time to prepare a 16:00 snack. But God had provided—why else would a mother have brought along a cake for the children, just today?”

The team agreed that braiding bracelets was a total success! Everyone did their best, and everyone had a good time.

And the bracelets worked! “Our next meetings were truly blessed; the children were quiet and attentive! Nobody wanted to have to take off their bracelet and be excluded for bad behaviour. The games and activities could be explained. The afternoons became a success!” Deborah says. “Through the bracelets God had caused a big difference.”

In this way, children coming from all over the world, from different backgrounds and from many religions, melted into a one functioning, teachable group, tied together by a simple bracelet. 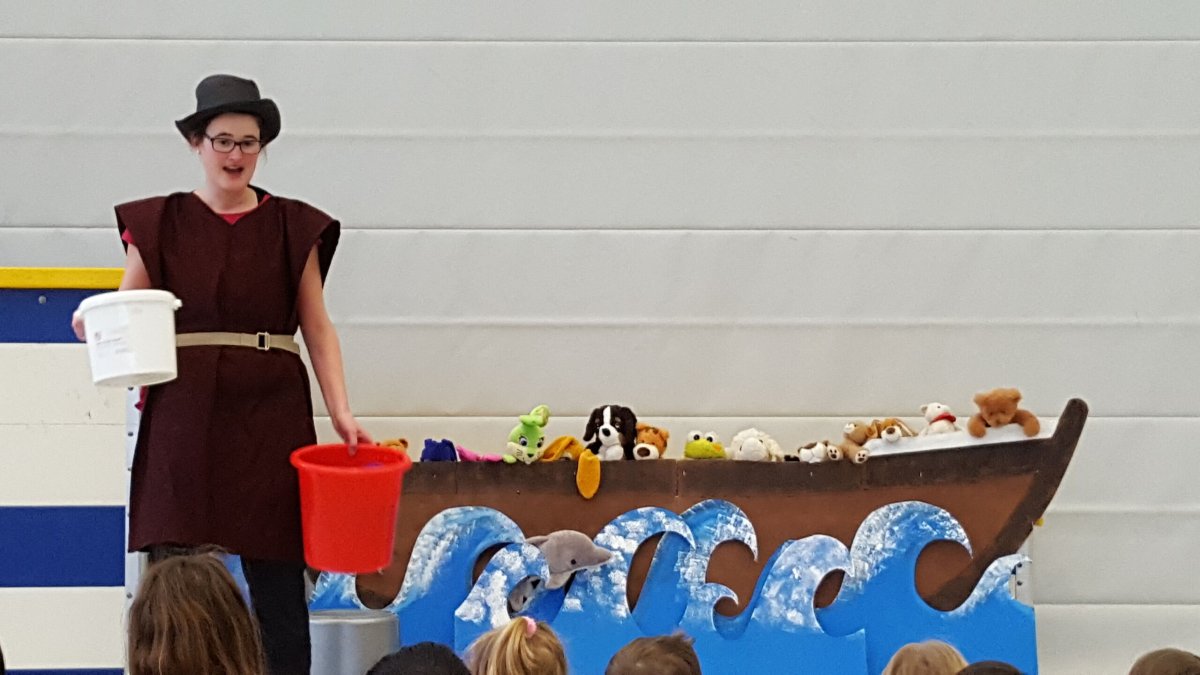