“[Mission Tour Diana] was the first time I had a team from different parts of Madagascar and that was my dream for a long time,” said Hanitra, field leader of OM in Madagascar.

Fourteen people — including OMers — participated in a month-long outreach around northern Madagascar. Coming from different parts of the island, participants were between 18 and 35 years of age and heard about the outreach either from their church or through social media.

The outreach was focused on two unreached people groups. The groups mix their traditional beliefs with Islam and are known to be resistant to the gospel. In each of the outreach’s three locations the team partnered with the local church.

“Beforehand we asked the churches what they needed; what they want to do but need help doing,” said Hanitra. With some churches, the team held trainings on topics such as leadership or reaching out to Muslims, and with others they went on day trips to neighbouring villages with no known Christians. Activities on the outreaches included door-to-door ministry where team members prayed for people, visited with them and shared the gospel, sports ministry, kids ministry and showing The Jesus Film.

“I saw the great need of the churches to do teaching and trainings; they don’t know how to get their church members to maturity,” said Hanitra. “It gives us as OM a lot of opportunities to serve the church and on the long term to mobilise.”

A challenge the team faced was the local dialect of Malagasy. “You see, people are not very open when they known you don’t speak their dialect,” Hanitra explained. A big help in overcoming the language barrier was showing The Jesus Film in the local dialect. “As soon as you show The Jesus Film in their dialect, it catches their attention,” remembered Hanitra. “…You see they have been touched and they love Jesus. It’s the first time they’ve watched The Jesus Film and they hear. It’s a positive response.”

Dinah, from Antananarivo, Madagascar’s capital, was one of the outreach participants.

She grew up in a Christian home. As Dinah grew in her faith, a desire to share the gospel also grew in her heart. The churches she visited were not actively invested in missions year-round, only offering a one-week outreach once a year, and Dinah wanted more.

At a missions conference Dinah found out about OM and was excited when she found out what they were doing, and about the month-long outreach. Throughout the trip Dinah found herself growing bolder in sharing the good news, and initiating ministry, instead of copying what others were doing.

The outreach provided many new experiences, including her first encounter with demon-possessed people. “I saw the darkness and the light,” said Dinah. “But I saw God’s power working.”

Team life surprised Dinah. “What was really meaningful was that the team life was very, very good,” she explained. “Most of the team I’d never met before but they love one another and it was very special.”

Returning home after the outreach, Dinah continued volunteering with OM; attending different trainings and learning more about missions. In October 2018 she travelled to Ambovombe in the southern part of the island to volunteer with the OM team there.

“What I had heard about Ambovombe was that you can’t live there; it is very scary,” said Dinah. “But when I arrived here that was not the impression I got. The people were very welcoming.”

Dinah plans to spend a year in Ambovombe working with the youth as well as using her skills in nursing to benefit the community.

The team’s journey together started before many of them met face-to-face. “We had been preparing the team during a time of training before the outreach,” said Hanitra. “Making them aware that we are from different churches but we all have the same vision — a vision of outreach.” Every Friday for six weeks the team would get together — either in person or on social media — to discuss what they were going to do, how they were going to do it, as well as read the Bible together. “I think [doing the training and orientation beforehand] made things very easy for the team to bond together,” Hanitra reflected.

Hanitra remarked how it is uncommon for different church denominations to partner together in Madagascar, as they worry their members will leave and there is “a lack of trust between churches.”

Mission Tour Diana was unique as it united people from different churches and gave participants exposure to cross-cultural missions. Prior to going on the outreach, participants were required to obtain permission from their churches. Gaining this permission provided an opportunity to inform the church about missions and invite them to partake. 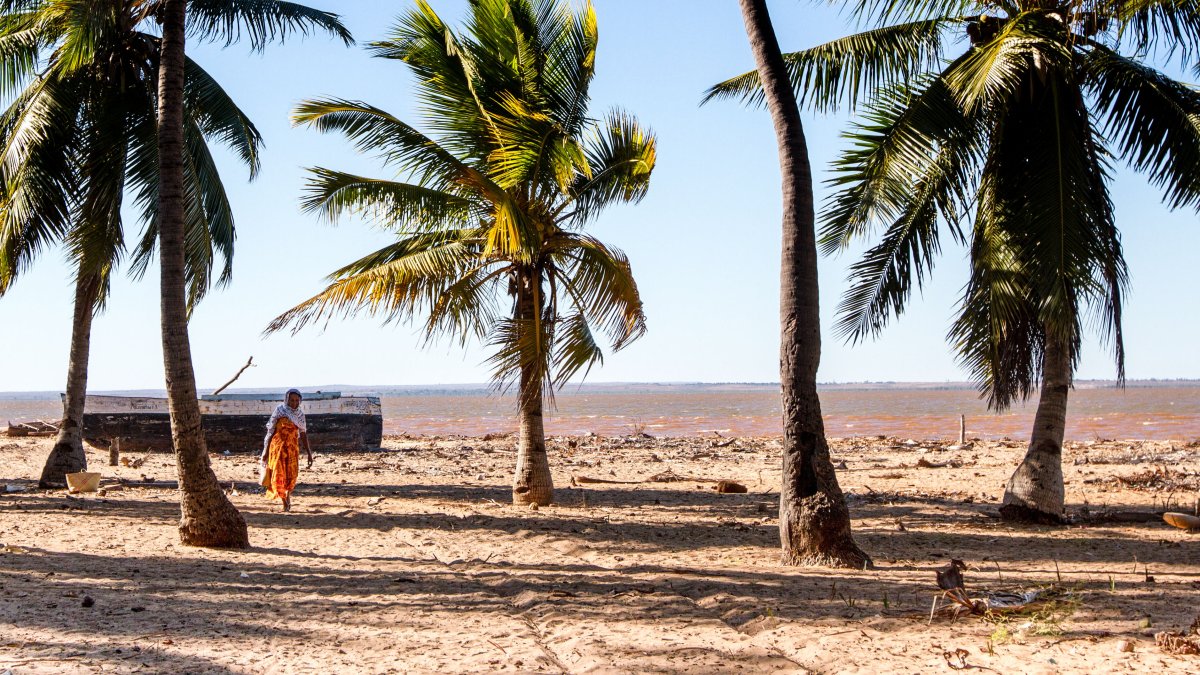 A woman walks along the beach in northern Madagascar. Photo by Rebecca Rempel. 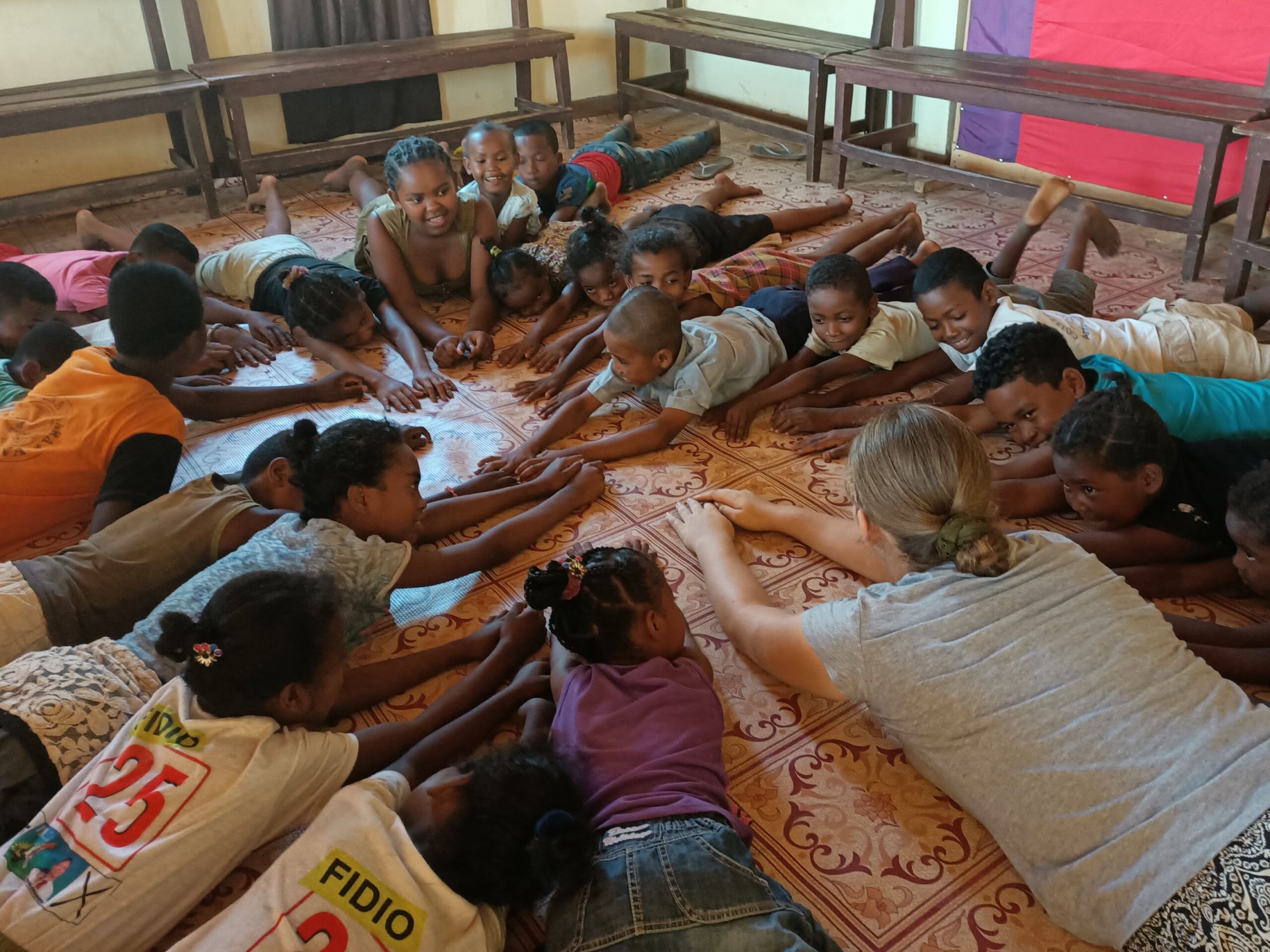 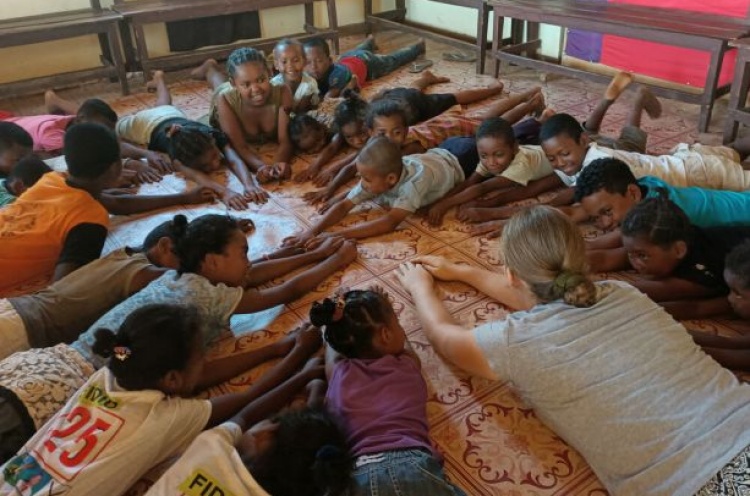