Shortly after Kamal Fahmi decided to follow Jesus in 1972, at age 19, he felt God calling him to use the knowledge he’d received to lead others to the Lord. As a young Christian-background Sudanese man, Kamal felt he had two options: go to Bible school or pursue a regular university degree and secular career. However, when OM’s ship, Logos, docked in Sudan one year later, the vessel opened a new world of possibility for Kamal. “I stayed on the ship nearly two years, but God touched my life through the time there,” he recalled. Despite the ship having over 40 nationalities on board, “the trust, the love and the commitment” Kamal experienced amongst the community of international believers shaped his ministry with OM over the next 50 years.

Coming into contact with Jesus followers around the world, particularly in ports like India and Vietnam, Kamal saw God’s work in action—and began to dream of a similar movement in his home country. While helping prepare for the ship’s visit to North Africa, Kamal met the man leading OM’s Arab World ministry. That relationship, coupled with his connection to the Ship Ministry, paved the way for him “to start the work in Sudan” in 1976, he recalled.

At the time, Kamal said there were nine provinces in Sudan. “We divided that into three areas. There was one area where there were no evangelical churches…; there was another region, which had churches mainly in the capitals of the provinces; and then we had the South, where the majority were Christians,” he described.

“As a team we focussed on three goals: sowing the seed, discipleship and mobilising the local church. Later we got involved in mercy work and church planting,” Kamal said. Their mission was bolstered by summer teams of foreign volunteers sent by OM, including the European woman who later became Kamal’s wife. “We started this summer outreach, just by learning from what I did in other places,” he recalled.

With the help of the summer teams, Jesus followers distributed over three million pieces of evangelistic literature across the country. Kamal and others also hosted floating Holy Bible exhibitions. In the context of an Islamic nation, each chance to spread God’s Word was divinely ordained. Still, Kamal sometimes felt discouraged about the superficial nature of their evangelism efforts. Lionel Gurney, a fellow leader in the Red Sea region, encouraged him: “Kamal, the seeds have not been sown. You cannot expect fruit without sowing… What you are doing to sow the seed is very key because people cannot believe without hearing.”

Even though the Sudanese government continued to pressure Christians and limit their activities, Kamal and others pressed forward, organising a massive family conference in a central football stadium. Over 20,000 people attended, with around 4,000 people accepting Christ, Kamal estimated. “We saw the hand of God the whole time, the way He led us for all these different things,” he shared.

In 1995, Kamal was asked to oversee all of OM’s work in the Middle East and North Africa (MENA), a role he held until 2010. As an area leader, Kamal widened his focus, and he especially became aware of the lack of civil rights that many Muslim background believers experienced. When Kamal ended his MENA leadership role, whilst still living in North Africa, he founded Set My People Free, a network advocating for these former Muslims to freely live and practice their new faith in their home countries. The situation in Sudan continued to shift, however, leading to the formal split between Sudan and South Sudan in 2011. Following that division, many Jesus followers, including those serving with OM, fled the north.

Since late 2017, when two Sudanese men relaunched OM’s mission of mobilising national believers inside the country, the movement has ballooned to over 150 individuals directly and loosely involved in working to establish vibrant communities of Jesus followers in each of Sudan’s 18 states. “Everybody has to do his part in obedience to God, and then the rest God does… It is incredible what God has done raising men and women for the harvest field as people pray,” Kamal said.

Despite the effective mobilisation of Sudanese believers, “the country is in a state of constant crisis. People are really suffering, much more than it’s known … through the media,” the current OM leader for MENA explained. Economic struggles, violent conflicts and ping-ponging political developments have led to increasing hopelessness. These challenges, however, have also contributed to longing for change. “In this time of need, it really seems as if there’s an openness towards Christ, which has been bigger than ever before,” he explained. “Our team—by getting alongside people, loving them, and even here and there also doing some relief work—is seeing a lot of fruit, more than ever before.”

In 2021, Kamal, who now lives in Europe and publicly campaigns for religious freedom in the Middle East through Set My People Free, spent one month in Sudan and South Sudan, experiencing how God has worked amongst the people groups there. “In spite of all the crises the country went through in the last 30 years, God is building His Church and raising a new generation of workers,” he acknowledged.

In South Sudan, Kamal spent time with Jesus followers who had formerly served with OM, including some who had participated in the early summer outreaches he led. “Some are pastors, others teaching in seminaries or in the university…, others involved in politics or journalism, leading NGOs or helping with development,” he described. In short, God is using His people for transformation across the nation.

“It is amazing how God impacted many lives all over the country through the ministry of OM teams the same way Jesus multiplied the two fish and five pieces of bread to feed the 5,000,” Kamal said. “Wherever you go you see someone who was touched through the grace of God. To Him be all the glory!”

Pray that the doors for ministry stay open in Sudan, and that God will continue to raise men and women to live out Jesus’ love amongst those who have never heard the gospel message. Pray for the people of Sudan and South Sudan, who are seeking freedom, justice and peace, to accept the truth of Christ’s work on the cross. 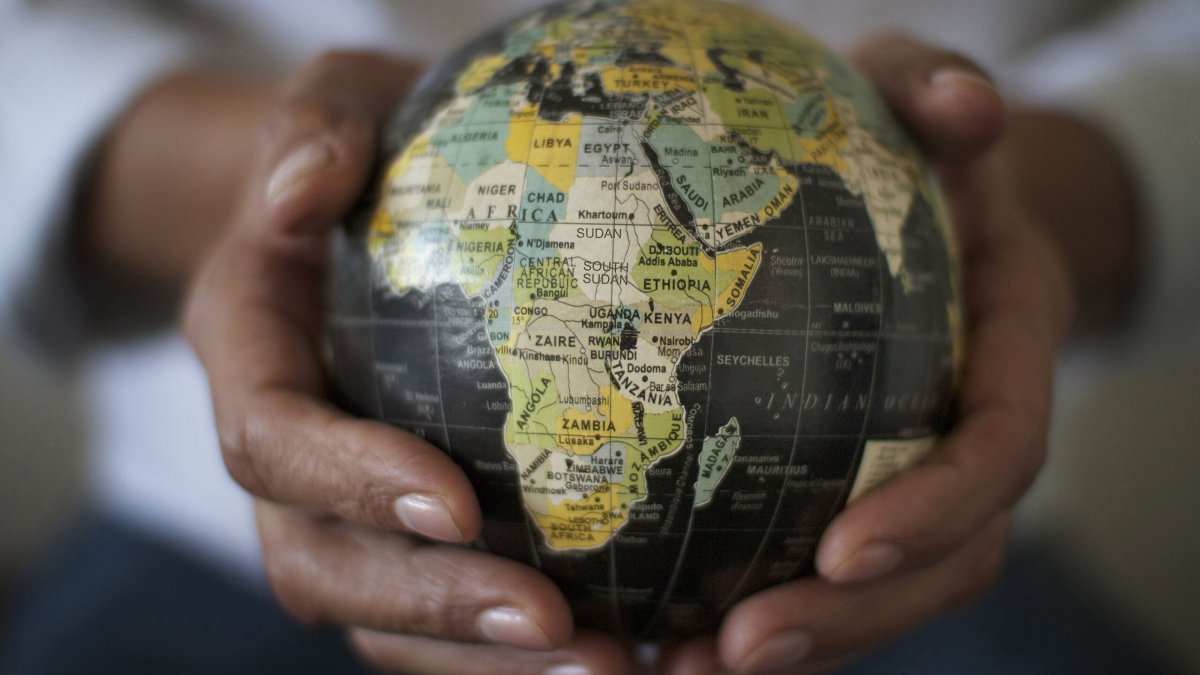 Thank you for praying for the ministries of OM throughout the region.
Photo by Kathryn Berry