OM is celebrating the fiftieth anniversary of the Ship Ministry.

The first vessel, Logos, was purchased on 15 October 1970; the realisation of a vision that had been several years in prayer and planning.

George Verwer first shared his outlandish idea at a prayer meeting in Bolton, England, in 1964. He had been thinking there must be a better way to support OM's emerging work in India and the wider region that didn't involve dangerous, months-long road journeys in battered vans laden with literature. Air travel was too expensive. But a ship could house lots of people, transport books and vehicles while also being a platform to host events and a base from which to minister in communities.

Convincing backers was a challenge. “Some thought I had lost my marbles!” recalls George. No-one in OM – the movement he founded in 1957 – had experience of owning and operating a ship. How would the huge sums needed for such a venture be raised? Who would even crew the vessel? There were more questions than answers, but George and his co-founder, Dale Rhoton, pressed on in prayer and persuasion through the late sixties. Gradually, the Lord clarified the vision in more people’s hearts and support began to swell.

A captain came forward; leaving a job with a shipping company to join the OM project team. While Graham Scott (UK) didn’t sail the eventual vessel, he was at the fore of searching for a suitable ship. Christian seafarers willing to offer their expertise added credibility to presentations at church meetings, which helped boost finances.

Fervent prayer for a ship continued. That was how Nancy Coates (USA), a young teacher on a summer campaign in Spain, heard of the need for someone to teach the leaders’ children once they got on board. “I said ‘Sure!’ and called the school I worked in to say I wasn’t coming home. I’d just bought a red Mustang convertible – I told Dad to sell it and give all the money to OM!”

In September 1970, at OM’s annual conference, George heard that Umanak, a Danish vessel his committee liked but had been outbid on, was available again. “I just got this final assurance in my heart to go for this ship and there was agreement at the conference,” George says. “I flew out to Denmark to pay the deposit and we took delivery in mid-October. It was a miracle to buy this old ship and ready her. Our lawyer could have written a book: Bluff your way through ship purchasing!

“At the time of signing the contract, we only had half the money,” the founder remembers. “We needed the rest of the £70,000 to come in – fast. God provided it. We received many small gifts from many nations. Our own ‘OM-ers’ and alumni invested in getting the Ship Ministry afloat.” Umanak was renamed Logos, which means ‘written word’ in Greek and refers to Jesus Christ in the Bible. 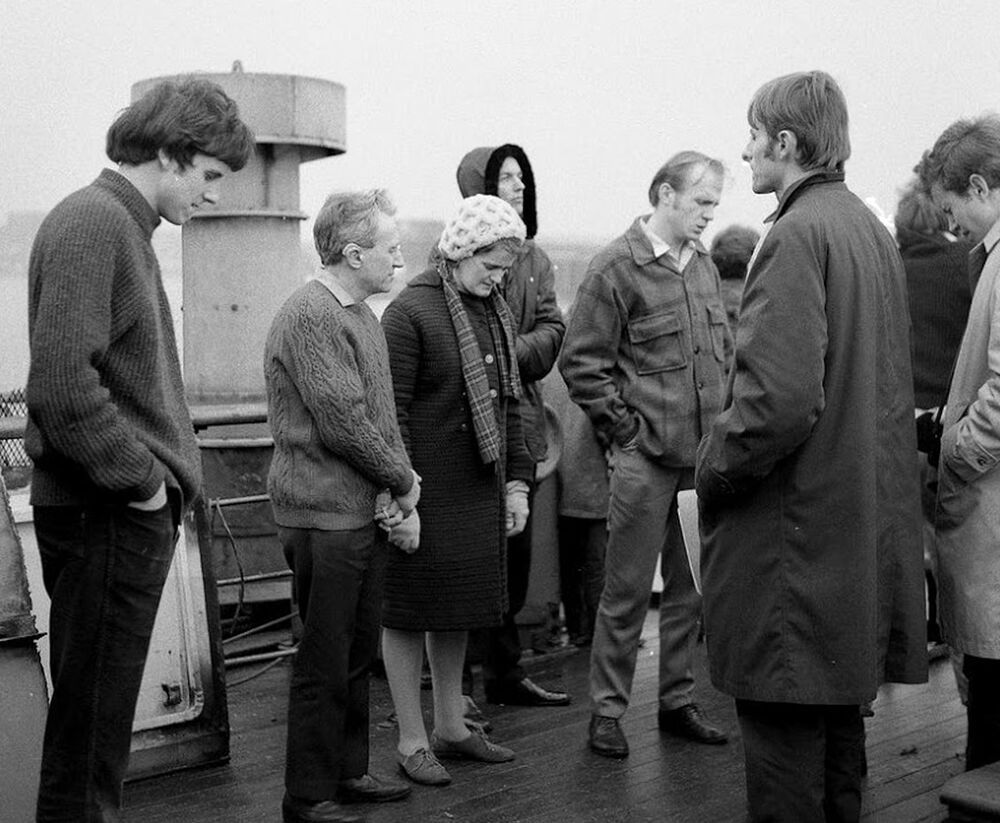 OM's founder, George Verwer (second from right) and original crewmembers pray on the deck of Umanak, which would become the Ship Ministry's first vessel, Logos.

It was ‘rough and ready’ in the pioneering days, but former volunteers recollect fondly the unusual living conditions, some near-calamities, the buzz of being part of something uncharted and the complete reliance on the real fuel: prayer. Sometimes they remained longer than planned in a port until money came in to buy fuel to get going again, or until relevant paperwork, qualified personnel or an essential part arrived. Obstacles including adverse weather, political unrest and permissions from authorities were prayed over and answers came – sometimes overnight; often at what seemed like the eleventh hour. Being part of such a venture was extremely faith-building. It led to a lifelong calling in Christian work for thousands of diverse international believers who served on OM’s ships.

Logos was in service until 1988, with the organisation’s second ship, Doulos, operating from 1977 to 2009. Logos II was in action between 1989 and 2008 and the current vessel, Logos Hope, launched in 2009. The ministry has known times of testing and tragedy, but through all circumstances can attest to God’s unfailing provision, protection and power at work.

While plans for 2020 had included Logos Hope visiting Europe to mark the anniversary with alumni and partners, events have taken a different turn due to the coronavirus pandemic. The ship and her crew are currently in The Bahamas, reaching out to islanders rebuilding their lives after a devastating hurricane.

From his home in London, now 82-year-old George Verwer reflects: “Fifty years ago today, I stood on the deck of Logos in Copenhagen. She was now our ship. We rejoice over all God has done through our four vessels. At least 100 million people worldwide have come into contact with the gospel in some way. We know thousands have professed faith, but only heaven will tell the full story. We remain so thankful to God for our countless behind-the-scenes workers, prayer partners and supporters.”

Seelan Govender, OM Ships’ CEO, says, “We look back at 50 years of Ship Ministry impact on the world and are incredibly humbled and honoured to be used by God. The message of the gospel is one of transformation, and millions have experienced its power in their life and community through their encounter with one of our ships. This message continues to drive us forward as we consider that millions more need to experience God’s love.” 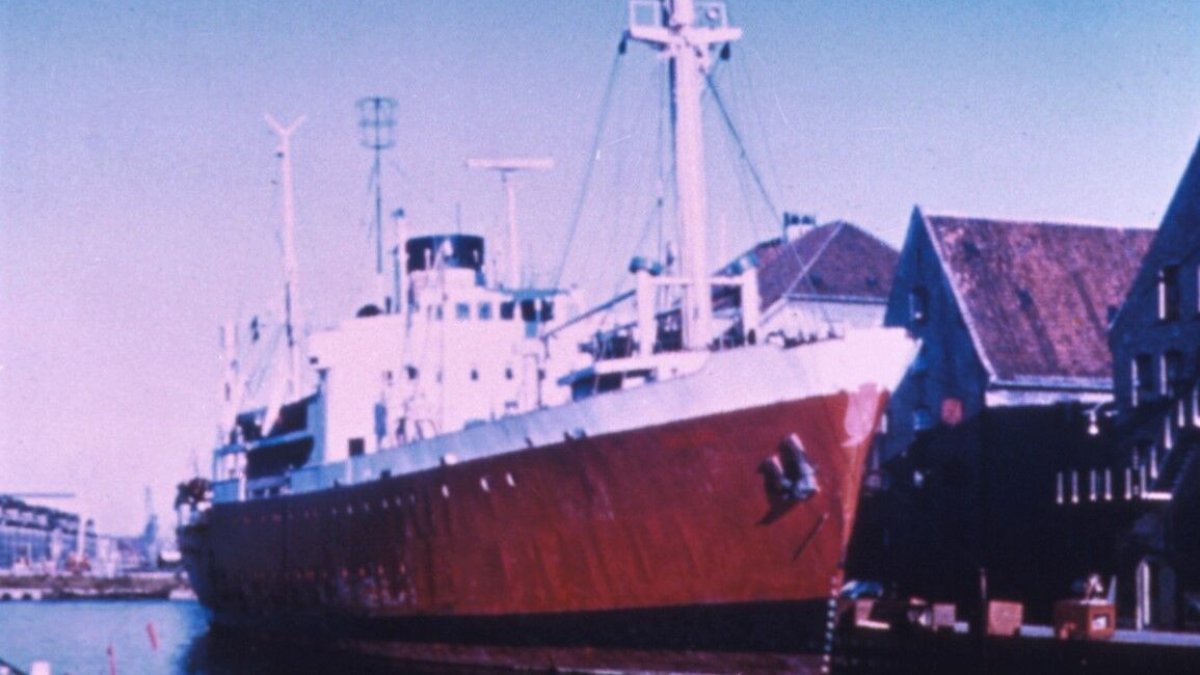 Ships: OM Ships :: Umanak, the vessel that became the original Logos, in 1970.