As Logos Hope crewmembers were working closely alongside a local non-governmental organisation, the All For One foundation, the idea of a Christmas show for the children at Sierra Leone’s International Mission School came up, as it is based on the same property as the foundation.

Many of the pupils and their families had been personally affected by a devastating fuel tank explosion in the capital city a month previously. To encourage the children and provide some festive cheer, the Logos Hope crewmembers put on a show for an audience of 1,200; with drama, dance performances from different cultures and a Christmas choir. They provided sandwiches and 1,800 cookies which had been baked on board especially for the event. The crew also distributed handwritten postcards with personal greetings.

Tae Um (South Korea) wrote a play which centred on a story of forgiveness and friendship. In it, the main character consults a detective to find his shoes that have been stolen on Christmas morning. The detective interviews various suspects who present their alibis in the form of dances. The detective becomes troubled, because she has in fact stolen the shoes. But the main character decides to forgive the detective, modelling the forgiveness offered to everyone by Jesus.

Tae explained: “As a simple yet powerful story of Christmas was shown on stage, we hope and pray that this would leave an impact in the lives of the young people.”

Ayesha Mervyn (Trinidad and Tobago) was part of the Caribbean dance performance. She said, “The kids tried to imitate our dance afterwards and asked us to teach them. This was a great way to connect with them. To see how God used us to bring joy to the kids really warmed our hearts.” 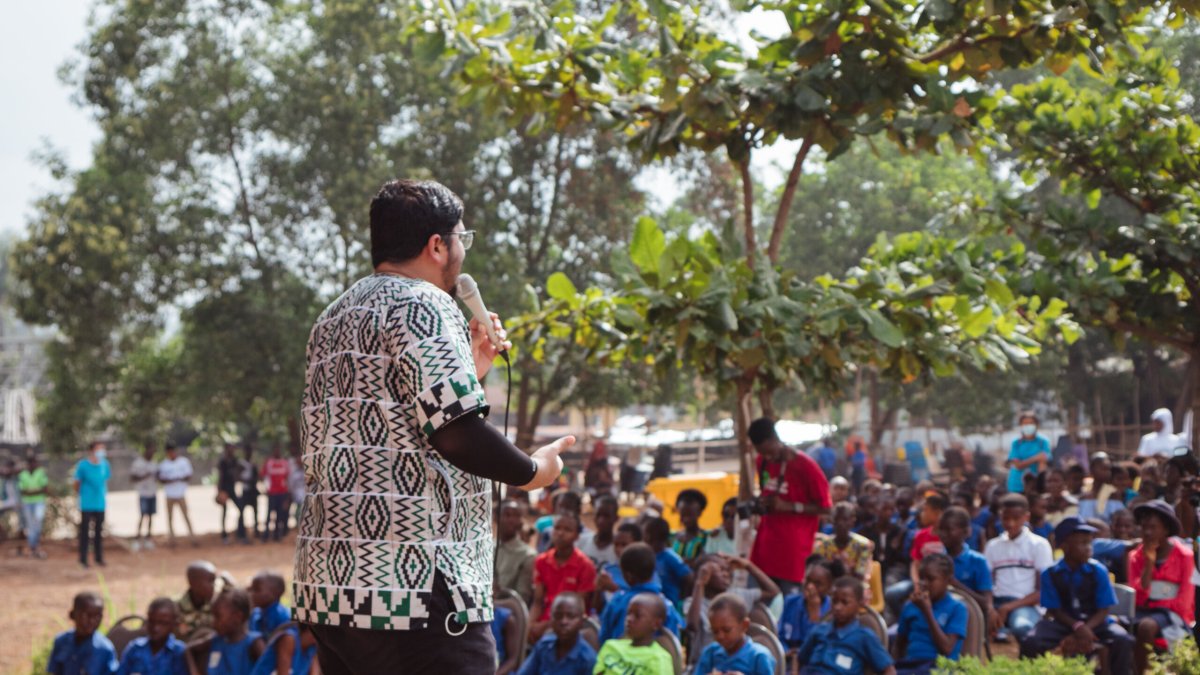 Sierra Leone: Freetown, Sierra Leone :: Nidhin Sebastian (India) speaks to young people at a Christmas event in the grounds of a school.