Jewel Ahiable, author of the autobiography ‘Hijacked: 1000 Days’ Harrowing Experience in the Hands of Somali Pirates’, was welcomed on board in the port of Tema.

It was the Ghanaian's second visit to Logos Hope. His first had been in 2016. That visit was important in its own way, as Jewel explained: “I said I would not walk on a ship again, but the first ship I stepped my foot on after the rescue was Logos Hope.” This time, he brought his book and shared his remarkable story with the crew.

On March 29 2010, Jewel, who worked as an electrical engineer on the cargo vessel MV Iceberg I, and his 23 fellow crewmembers were hijacked by pirates en route to Dubai and held captive. For nearly 33 months, the crew went through torture; experiencing starvation and drinking diesel-contaminated water or salt water to stay hydrated. Jewel eventually collected water to drink from the air conditioning. During that time, one crewmember lost his life, while another went missing.

Jewel shared that he seriously considered suicide because the physical pain was unbearable, and God seemed far away. But then he heard God’s voice saying, ‘I will never leave you, nor forsake you’ and so, even though the pain was still there, Jewel said, “I know no other God. I know no other name. I'll keep calling upon Him until one day He will answer, and that was what changed everything.” During his captivity, he was sustained by reading his Bible, and even introduced his fellow crewmembers to Christ.

Showing a picture of the vessel, he explained to the volunteers on Logos Hope that the holes weren’t just from rust, but from mortars fired at the ship. Escape seemed to be hopeless as the vessel ran aground off the coast of Kenya. Finally, after a two-week gun battle, Jewel and his 21 colleagues were freed by the maritime police force in December 2012, 1,000 days after they were hijacked.

Now using his own story to encourage others, Jewel said, “Never think that God will ever give up on you… I stand here to tell anyone that the God who we serve… is a great God, and when we put all our trust, all our hope in Him, He is able to take us through every situation… What do you think that God cannot do? He can do everything! We only need to have faith and trust in Him. And then we will see the hand of God in our life.” 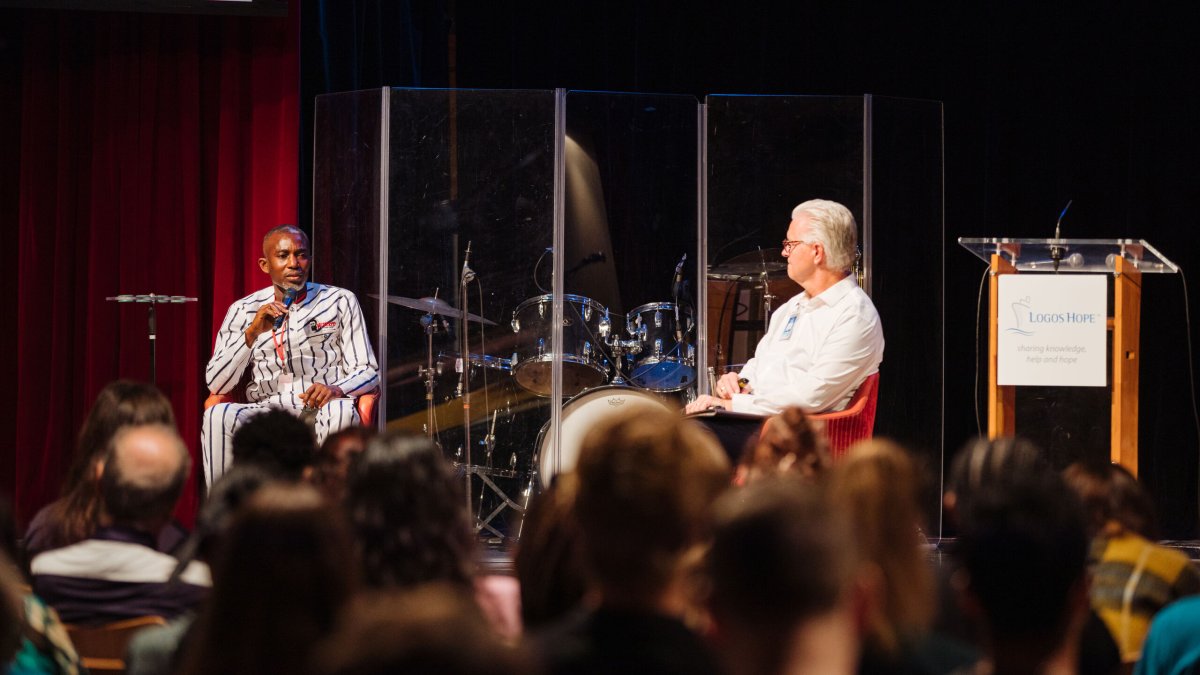