“I always wanted to be a missionary,” said Marcia Gonzalez, age 22, from Argentina. “My parents are pastors, and I wanted to work in the church as well. But I also had this feeling that my life would be far, far away from Argentina in the future.”

The idea of serving God in Japan came very slowly. “I prayed for three years about it, because I only wanted to go if it was God’s will—not just because I liked the culture or the idea of going there. And God did it. He opened every opportunity for me.”

Initially, Marcia wanted to study Biology at a university; however, all her plans fell through. She was unable to get into the school she wanted to attend and couldn’t find a place to live.

Upset, she prayed: “God, all my life I’ve seen people trust you with their lives, so that is what I am going to do. What do you want me to do?”

Through prayer and seeking wise counsel, Marcia, who had been studying English for years, changed her major to teaching. “I felt God’s peace when I made this decision, and soon after, I realised that teaching is my true passion,” she shared. Then, one day while scrolling through Instagram, she saw a post about teaching English in Japan on a short-term mission trip. “I realised I was able to go because I’d obeyed in changing my major; I wouldn’t have been able to do this otherwise.”

When it came to paying for the trip, God continued to open doors for Marcia. “With my job, I would have had to work for four years without spending any money in order to pay for it. It was impossible. But God provided it in six months.”

She became a mobiliser. “Every weekend, I went to a different church to speak about my trip, but I also spoke with people about missions in general and how they can be involved. God touched many hearts and some people gave financially. I must have gone to 40 different churches.”

“When I started, I was intimidated. How was I going to raise money? Asking for financial support for missions isn’t common in Argentina, and the nation is in an economic crisis. But my father told me: ‘You are not asking for money. You are asking people to pray for you, and if God puts it on their hearts, to give.’ He reminded me that I was giving my life to go, and the Church must support the ones who go because the mission is for all of us—not just the ones who go. The people I spoke with understood that and became part of this mission. So, the Body of Christ sent me, not just one church.”

Six months later, Marcia arrived in Japan, where she attended a conference and then worked mostly with children—singing and playing her ukelele, helping clean the ministry centres, running children’s programmes and more.

One day, her team went to a festival in a nearby city with signs saying: “Free hugs.” “I was excited but doubtful,” Marcia remembered. “Our hosts had suggested we do this, but I wondered if anyone would talk with us.”

She was shocked at the response. “So many people wanted to know what we were doing. They asked questions and wanted to hear what we had to say about Jesus. It was so amazing. Even if they were going to work, they stopped to talk with us.”

Before the outreach, Marcia didn’t think she had anything to say that could help someone. “But then I realised the greatest thing I have, is that Jesus lives in me. That’s something everyone needs. No matter where people are or what needs they have...we all need Jesus.”

Marcia shared that in Argentina, it is not strange to see people preaching on the streets or to have people ask about your relationship with God. “I took it for granted. But because Japan is only about 1.5 per cent Christian, there are not enough people sharing about Him there.”

Now back in Argentina, Marcia has one more year of studying before completing her degree—but she is already teaching English to children in her community. “I’m planning to go long-term to Japan,” Marcia said. “I hope to return in 2021.”

In the meantime, she is already preparing for the move: finishing her degree, visiting different churches, praying about her future and serving in her church as a worship leader. Her goal is to inspire and teach people about missions and how they can be a part of it in Argentina—from praying to financially supporting missionaries currently on the field.

“When we are talking about the body of Christ, missionaries are the feet, and the feet can’t go anywhere without the body to move them. So, as I am preparing, I am also working to encourage the Church in its role in missions.”

Do you want to serve God in missions but aren’t sure how? Go to https://www.om.org/ for more information! 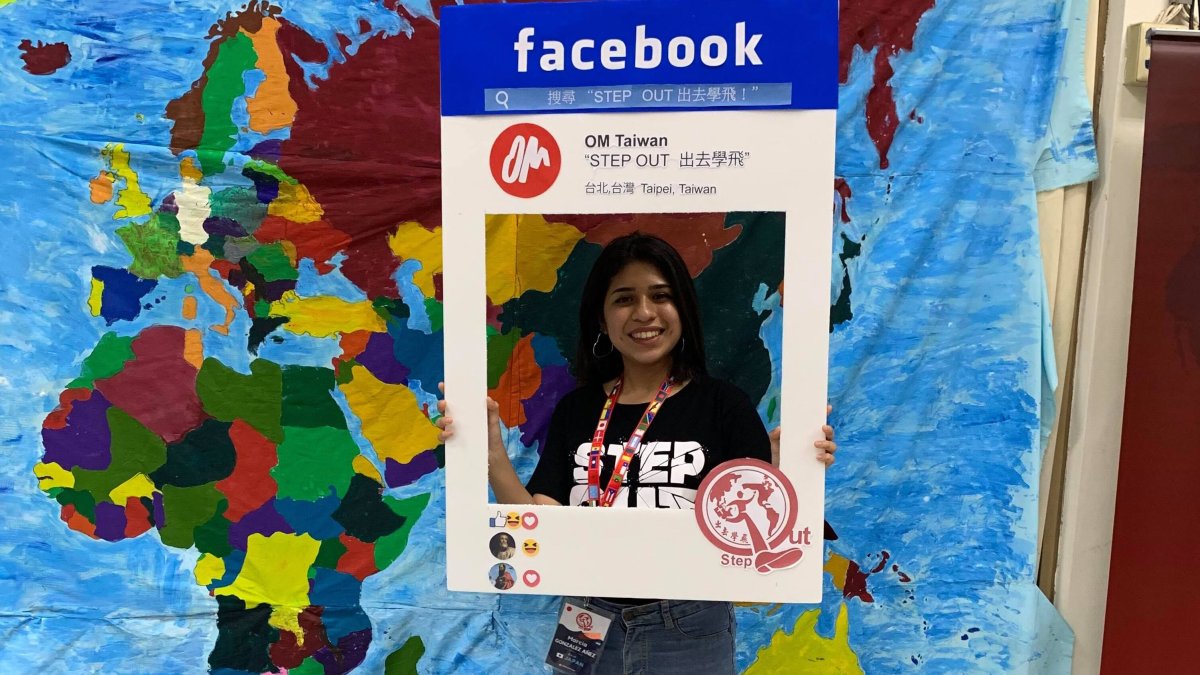