Pari will soon celebrate 25 years of ministry with OM. Following university and a brief career in engineering, Pari started out on the OM ship Doulos and now serves on the OM leadership team in East Asia. It’s been quite a life for a girl born in Malaysia to Tamil Hindu parents.

When Pari was born, everyone pitied her father as Pari was his fourth daughter, and her father would need a lot of money to provide dowries for all of them. “There was a mindset that as a woman you are 'less,'” Pari explains. “You are expected to marry and have children –– not go on to an academic career.” This expectation ironically propelled her to pursue engineering and do the very thing people said a woman could not do.

To be Tamil is also to be, culturally, a Hindu. Though not overly religious, Pari’s family considered themselves Hindu. They had an altar in their home and once in a while visited the temple. However, the girls had friends from all religions and attended a Methodist-run school. It was through a church-sponsored camp that Pari’s older sister came to faith in Jesus. When she told her parents, they were very angry, hurt and upset. They even banned her from all school chapels, camps and youth clubs. Little Pari, about five years old at the time, understood that her family had been shamed by her disobedient sister. She internalised the message that “this faith in Jesus is a bad thing.”

When Pari was fifteen, her father died. Devastated, Pari began to ask hard questions and really search for answers in her faith. “I wanted to know: 'Who is God?' and: 'Where is my dad now?'" She looked again to the rituals of Hinduism and, after about a year, grew tired of the struggle. “I thought: 'I am trying to be good, but I am not reaching God,’” Pari remembers. “When I worshipped at the temple or at the altar, it is only to a paper idol or a stone.” Pari realised that the answers she sought were not to be found in Hinduism.

Pari’s sister had kept her faith all those years and took every opportunity to share Jesus with her. Pari knew her sister was “different” and that she had a real connection with the Lord, which stuck with Pari. While attending university in the USA, Pari heard the gospel from a friend, who eventually led her to faith.

Pari had finally found Jesus, the God who can be known. However, her journey was not over yet; she still had to tell her family. “I knew Mother was going to be very upset,” Pari says. “I felt like I had to choose between my mother and God.” She wrote her mother a long letter, explaining her decision. Her mother was quite upset at her daughter’s new beliefs and hoped that she would change her mind once she returned home. Instead, Pari became active in a local church and continued to depend on God and grow in her faith. She tried to follow Jesus’ example and show respect and kindness to her family and others. Though still not happy, her mother eventually realised that Pari’s faith was real and stepped back.

Pari has continued to reflect Christ in her relationships with others and in her work with OM. She has had many roles in her nearly 25 years of service, from stacking books onboard Doulos to leading the OM team in Malaysia. Her current position is focused on coaching leaders around the world and advising and assisting in the hosting of OM youth camps, such as TeenStreet, across East Asia. She finds it rewarding to encourage and support individuals in the demanding task of leadership.

One of the greatest joys of her time with OM has been her work with TeenStreet in Malaysia. Many young people over the years have come together to serve and minister to the next generation. She cherishes her relationships with the young people God has placed in her path. "Many of them from as far back as sixteen years ago are still in touch," Pari says. "We still share life and are vibrant communities of Jesus followers." She has also watched God bring these teens into vibrant relationships with Him during their time with TeenStreet. Upon reflecting on these 25 years, Pari states: "God has multiplied what little I had to offer, and enabled me to do the things He invites me to do."

Her childhood in Malaysia, surrounded by friends of many cultures and faiths, gave her a head start in the often cross-cultural nature of sharing the love of Jesus. "Even as a child, I could use chopsticks, Western cutlery or eat with my hands, Indian-style," she remembers. This early exposure taught her how to form relationships with and relate to different kinds of people. "Jesus was relational," Pari observes. "He spent time with people, talking, eating and listening."

From her own family life, she also understands the importance of a relational God when talking to others from the Hindu faith. “[You cannot] ask a Hindu: ‘Where will you go when you die?’” Pari says, because of their belief in reincarnation. “There is more a desire to know God than a felt need for salvation. You have to introduce Jesus and who He is and that He wants a relationship.”

Like Pari watched her sister all those years ago, Pari says Hindus must also know that something is different about the way Jesus followers live and relate to the world around them. “A Christian walk is very important. They need to see your faith lived out...and see a God who loves and relates to them.” 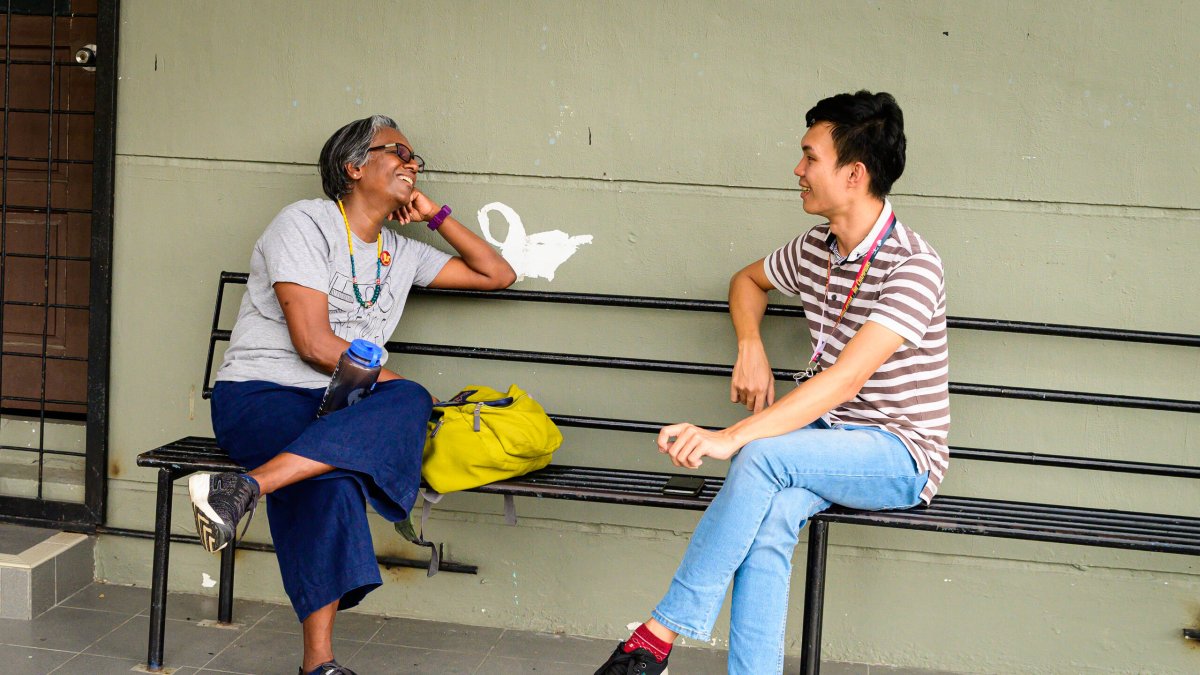 Baggio talking with Pari during a break at TeenStreet KK. 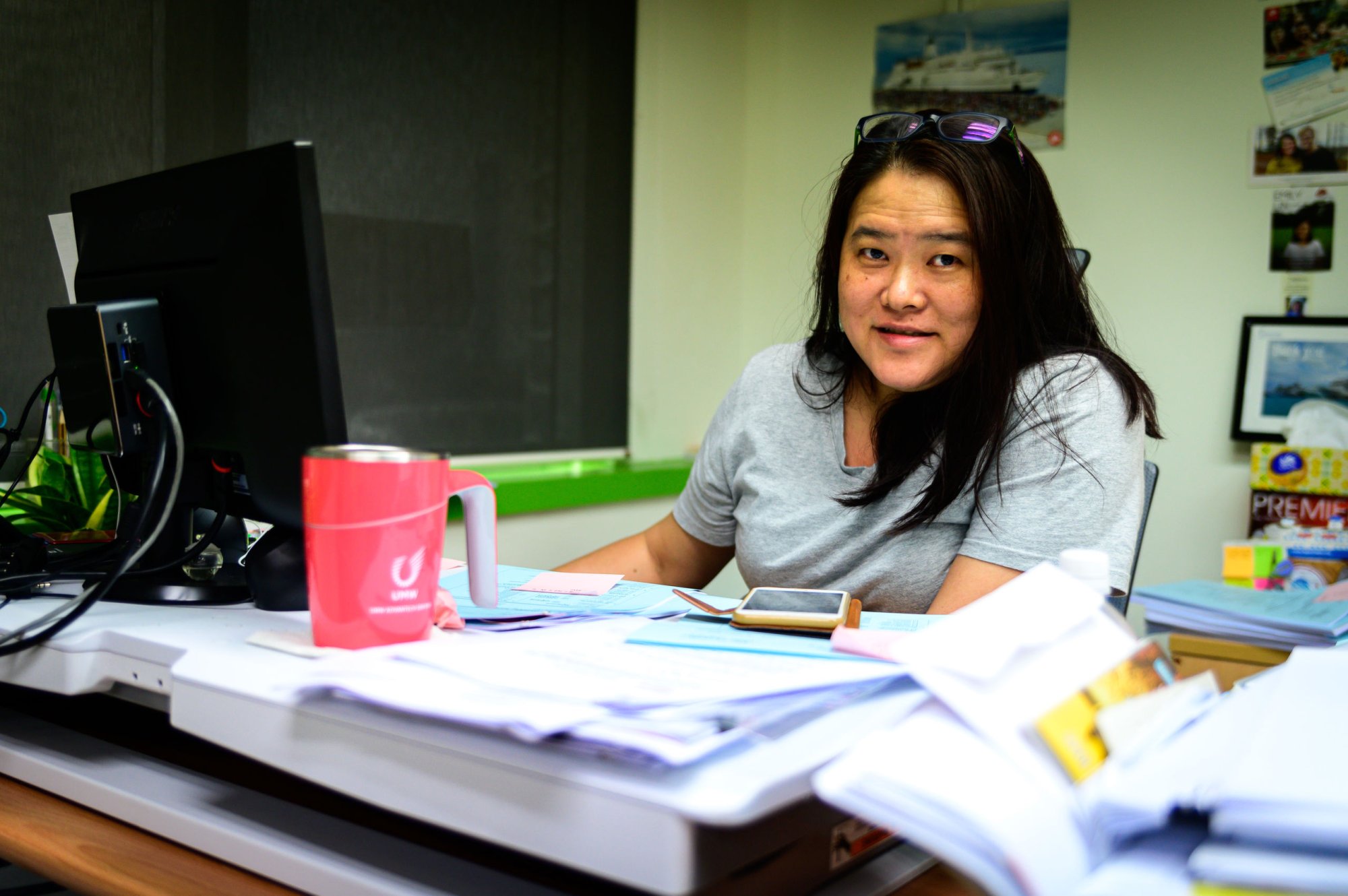 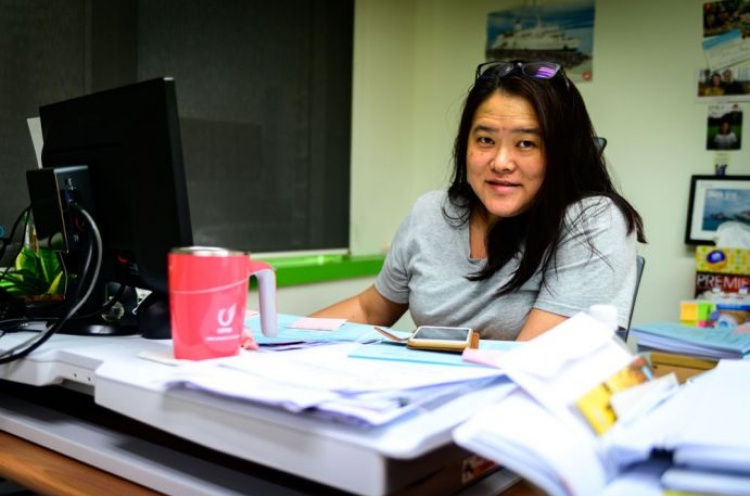 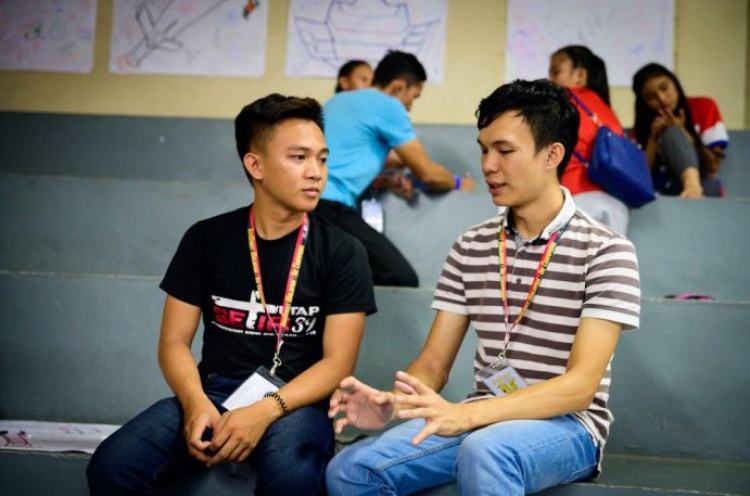