“The [first sermon] I heard was on John 3:16 and God’s love—I had to memorise the words for later because I did not have access to a Bible,” Nasima* explained. During several church services and Bible studies that one day, Nasima experienced the love of God through His Church. “Without telling anyone, I accepted God into my heart.”

It was the year 1999 when the young Afghan gave her life to Jesus. She continued to attend church and to bring home Bible passages and stories that she would repeat to her family. Three weeks later, her husband joined her at church and found himself praying with her. It only took them one month to read the Bible. Their hunger for God just kept growing and their lives were radically changed. Still, coming from a Muslim background, Nasima has had to overcome different obstacles to find Jesus.

Several years later the couple began working with OM’s Pamir ministry, which aims to reach Afghans with Christ. For almost 30 years, the Pamir ministry has broadcasted the message of Jesus over radio waves into Afghanistan, and it started TV broadcasts in 2010. In recent years, the team has also developed a variety of social media platforms to take the good news even wider. “[Social media] has been one way of broad seed sowing that has catapulted us into a new ministry level,” Adam*, a ministry leader, explained. “Though we get many negative responses … we focus on the positive comments and messages—the things that lead [people seeking truth] to a connection with our team members and deeper conversations.”

“Many people [in Afghanistan] want to know more – they are hungry for truth,” Nasima said. After conversing for several months with a woman who teaches at a madrasa (Islamic school), the woman confided in Nasima that “you’re telling me the truth.” After many conversations over the phone, the woman opened up to Nasima and trusted a Christian about the message of love being shared. “I can see myself in their shoes,” Nasima said. “I know how to talk to them, disciple them and pray for them because I was like them.”

Due to the effectiveness of media, the Pamir radio and television shows are a necessary way for Afghans to hear about Jesus. “Our team members talk and chat with Afghans on a daily basis, answer questions, study and/or read the Bible to them so that they can grow in their faith,” Adam shared.

One such girl has been connecting regularly with the Pamir team. With neither internet connection nor any access to the Bible, she thanked the team for reading God’s Word to her. "She told us how much she loves Jesus and His teachings. Jesus is gracious and kind. At the end of the conversation, she said she wanted to receive Jesus as her Saviour and Lord. The worker was able to pray with her and will keep in touch and carry on discipling her,” Adam said.

'The calls are a blessing'

In the social media outreach, the team uses a funnelling strategy to take engaged online users through a step-by-step discipleship process, first messaging individuals and answering big picture questions about God and the Bible, to later having one-on-one calls and connecting them with further Bible study opportunities. This method helps the team reach thousands of people with a broad message about Christ and discern those seeking truth and engaging in meaningful conversations with them. In 2020, they received over 13,000 messages in response to Facebook ads. The Pamir team sent spiritual content (Bible verses, music, etc.) to more than 4,300 Afghans. They also had ongoing short chats on social media with more than 1,500 people. Out of these 1,500+ people, they had deeper, meaningful phone conversations with 84 Afghans.

In response to Pamir’s radio and TV broadcasts, 933 Afghans have contacted them by phone call, and the team talked with 695 people last year (Jan-Dec 2020) according to its database. They had various levels of Bible classes over the telephone with 23 individual Afghans.

Despite the persecution of followers of Jesus in this part of the world, and the difficulty of open witness in Afghanistan itself, the Pamir team has found a variety of ways to share truths about Christ with Afghans. In a culture that is highly familial, this ministry provides a connection to the whole family. As one person shared on a call with a Pamir worker, the calls are a blessing to his entire family. He puts the phone on speakerphone so they can all listen. “He went on to say how our words bring peace to their lives. He said that our words are true and stay with him all week,” a Pamir worker said.

“I think it is Jesus’ compassion that speaks so powerfully to women. I like to read them the story of the woman in John 8 [whom the Pharisees wanted to stone for her sin],” Nasima shared. “I’m able to tell the women that Jesus shows so much compassion to the woman, that He cares about them, too, and I think that attracts them because they live in a really, really hard situation there. And they want to hear that Jesus loves them.” 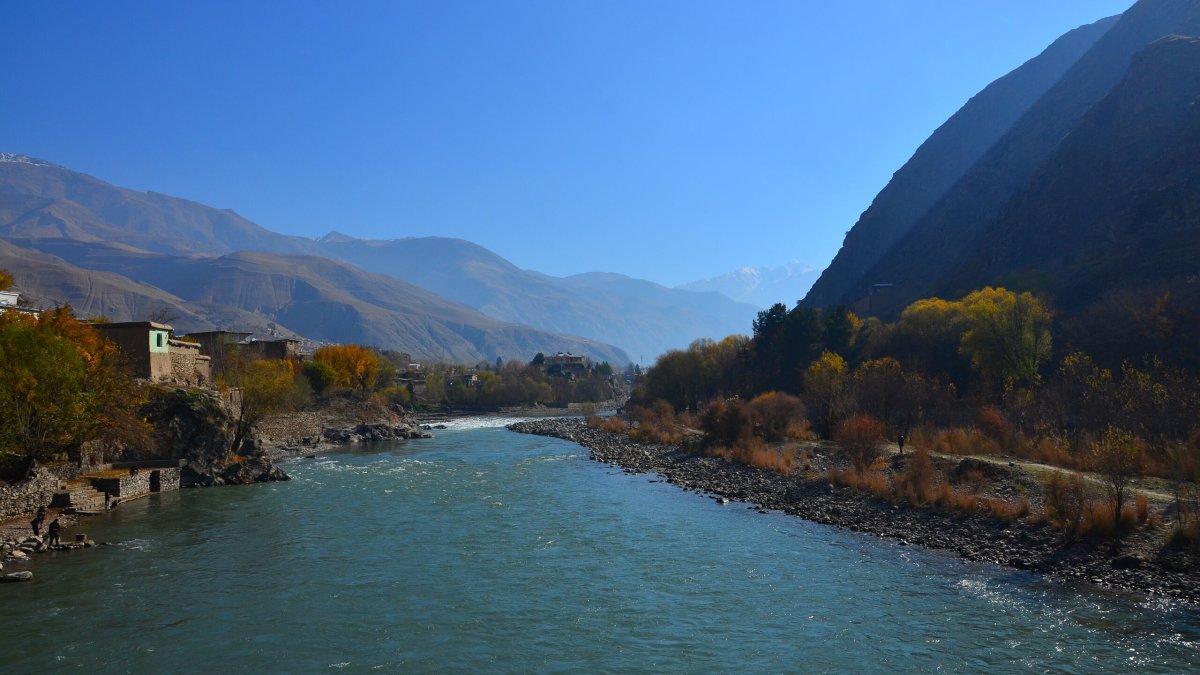 Afghanistan: The country of Afghanistan is beautiful and diverse, with a rich history.