Back by popular demand, Logos Hope has opened to the public in Kingston, Jamaica; returning for the third time since 2010.

Government officials and church leaders from across the country gathered at an official opening ceremony to welcome the ‘book ship’ Jamaicans know and love back to the capital city.

Minister of Education Karl Samuda, conveyed the Jamaican prime minister’s appreciation for the enterprise and commented on the value the ship brings in promoting education across the island.

According to figures from Index Mundi, an international research group, more than 320,000 people in Jamaica remain illiterate. Mr Samuda said, “This ship brings a true sense of hope to the shores of Jamaica. It will enable so many of our people, particularly the youth, to have a better appreciation for the importance of being able to read.”

In his welcoming speech, the ship’s director, Pil-Hun Park (South Korea), reminded attendees that the vision of Logos Hope is to advance the wellbeing of people everywhere; sharing knowledge through good books, offering help by assisting in social projects, and sharing hope by affirming the worth of every human being.

Dressed in their national costumes, 11 crewmembers from different countries took to the stage to welcome guests in their own languages. This ‘parade of nations’ reflects the wide range of nationalities among the 400-member volunteer crew.

Moved by the display, Custos Steadman Fuller told the audience, “What excites me about Logos Hope is the plethora of different nations of volunteers here, exchanging cultures, love and Christian values, and going to various countries around the world that badly need this intervention.”

Representing the mayor of Kingston, David Wright said it was an honour to be on board welcoming the ship again. He spoke of the mayor’s vision to see transformation and redevelopment in the city, and said the purpose and values of Logos Hope aligned with efforts to drive this forward.

Mr Wright said, “For this vision to come to life it will require several ships: stewardship, partnership and leadership. I believe that there is great leadership at this current time in the city of Kingston and on Logos Hope, and we can work together to see this vision materialise in order to be the light of the Caribbean Sea.” 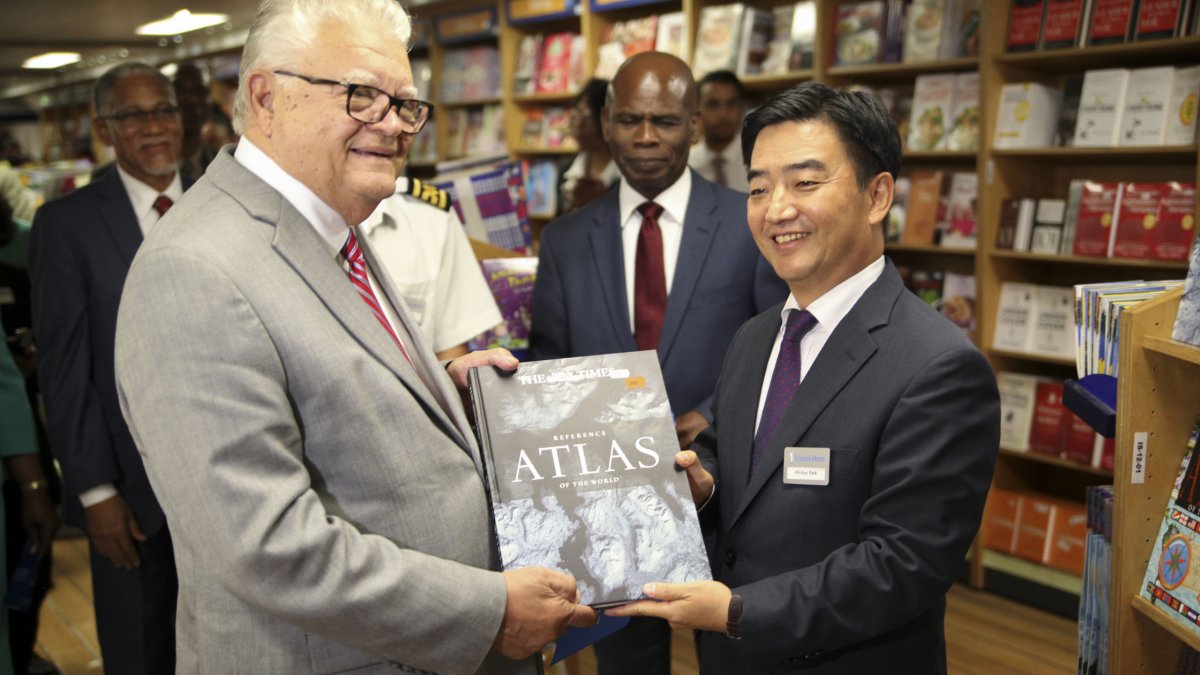