The new coronavirus has spread across the world in 2020, leaving no place untouched, including the Androy region in the south of Madagascar. Though the area has no cases of the virus, life is impacted as travel restrictions were in place and schools closed until mid-October, and the price of rice (the staple food of the country) has nearly doubled.

Deborah, from the UK, moved to the capital of the Androy region, Ambovombe, in late 2019. She spent time adjusting to the ruralness of the south—dealing with issues such as limited (or no) water and sickness from unclean food and water—as well as learning the local dialect of Malagasy.

Talking with a few teens before a youth programme, Deborah shared with them her vision for reaching out to the children in villages with the gospel. Three of the youth, one girl and two boys, expressed interest in being trained.

Deborah began teaching the volunteers and started a kids' club at the OM base for 15 kids twice a week so that the three young adults could gain hands-on experience. The young lady had some experience from attending Sunday School in town, while the two young men had never been a part of children’s ministry but made up for it with their eagerness.

When groups were no longer permitted to meet to help prevent the spread of coronavirus, the kids' club shut down as well. As fear and misinformation about the virus spread, Deborah also worried about her family in the UK and continued to struggle with her own health.

Yet “it was when all these really hard things were going on that the children’s work started to grow,” Deborah shared. “Whilst I was going through all these challenges, we had two new children’s clubs start in the villages. And the boys starting to go out and do outreaches with the kids so it was like, OK, I might be going through a hard time, but God can still use that time.”

Kids need time to be kids

With no restrictions on meetings outside of town, the two young men returned to their village and began a kids' club.

“It’s very easy once you do a song with actions or play a game, then the kids are excited to join in,” explained Deborah. “But the problem can be finding the time to do the children’s meeting because the kids are always busy.

“In the village, the boys are off with the goats and the cows, and the girls get married young or they’re helping their mom clean and things.”

The leaders found the easiest way to get children to come to the meetings was to hold them directly after the Bible study for adults because the children often accompanied their parents.

The kids’ meetings are very different from the adult meetings, however. They include games, songs and stories at the children’s understanding level so that they can each build a personal relationship with Christ. “The kids feel like they have something special for them,” said Deborah.

“I think that the big mindset that’s changing is that kids can help do evangelism,” Deborah said. “They can help share about God, whereas before it was just the kids listened with the parents or fell asleep.”

Deborah continues to mentor and encourage the young adults to apply what they have learnt in sharing the good news with children as well as to find someone to train in children’s ministry to work alongside them.

From a young age

“I became a Christian when I was four years old at the breakfast table,” said Deborah. “I saw that my parents had God as a friend and wanted that for myself.” Deborah heard God tell her that she would share the gospel in Africa at the age of four “so that part of my life didn’t come as a surprise.”

After high-school, Deborah did a gap year programme in Mozambique to learn where in Africa God was calling her and how she could use her skills to share His love.

It was there that Deborah saw the need for equipping the African church to reach out to children as they often did not have programmes for the younger generation.

“People often see being a child as a waiting period, but I know that children can be used by God in amazing ways while they are still young,” Deborah said. “We need people that will disciple and equip children.

“For me, there is nothing better than seeing children who know they are loved, can hear from God and are learning to live in a Christ-centred way before they have too big of an influence from the world. We need to disciple kids—not just tell them stories of who Jesus is and wait until they are older to go deeper.”

Returning to the UK, Deborah began searching for opportunities to go back to the continent God had placed on her heart. When she and her dad found the same opportunity online—on the same day—she knew that she had found her destination: Madagascar. 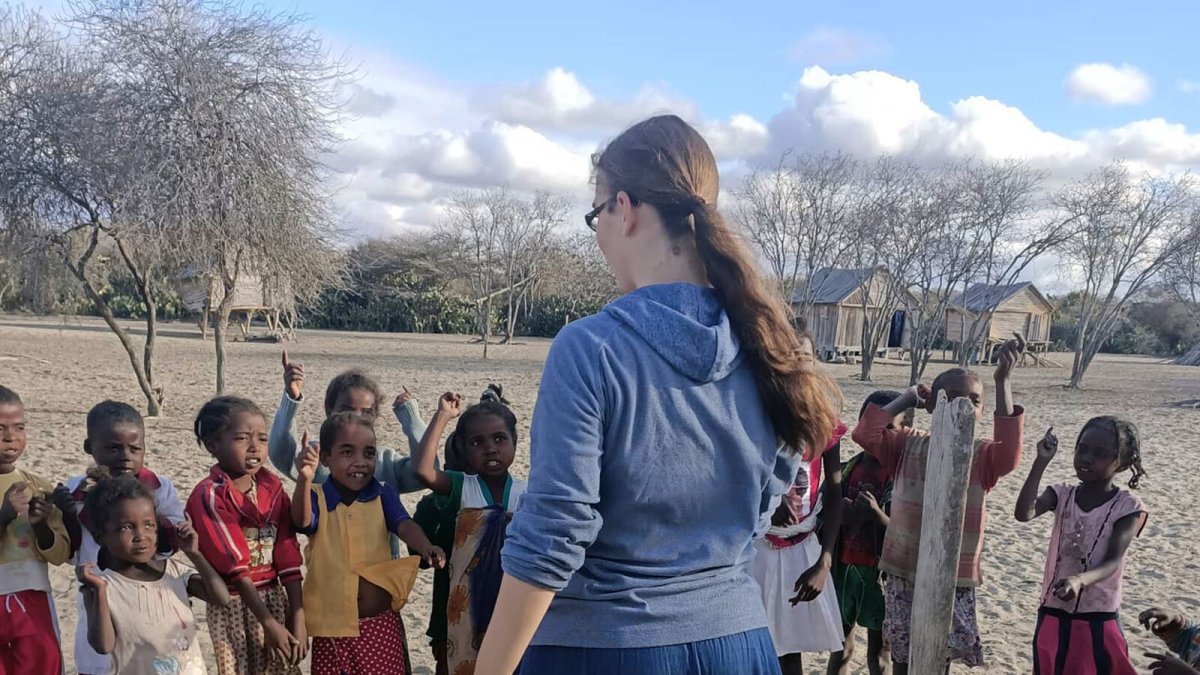 Madagascar: Deborah (UK) participates in ministry at villages of the Androy region of Madagascar.