When David and Sharon Esau left their small Canadian town for Spain 52 years ago, they expected David would teach at a Bible school in the capital, Madrid. God however had other plans.

Unbeknownst to the Esaus, the Bible school had closed before they arrived, so they decided to use their teaching skills in the context of church-planting over the years in several areas. Together they raised their four daughters, two of whom were born in Spain.

The couple never imagined that besides teaching and discipling others, God’s plans would include getting involved in a grocery co-op, running an English language school, as well as participating in local agricultural projects. All they were after was to share God’s love. That passion was born even before they moved to Spain.

Both Sharon and David grew up in God-fearing homes, learning to trust and follow Jesus for their lives at a young age. “Sunday School, Bible Club and Christian camps supported, clarified and confirmed my faith in Christ as the only way to God, and a determination to live for Him,” explained Sharon. Their upbringing endorsed the statistics: 83 per cent of Christians make commitments between ages four and 14, because of their spiritual openness at that age¹.

Bible College gave them a foundational knowledge of God’s Word and practical insights. “We recognise that a major part of our message is what people see in how we live out our Christianity. We wanted to explore ways to maximise the community element, allowing people to see the life of Jesus in us,” David clarified.  Evangelical Christians still make up less than one per cent of Spain’s population, with two-thirds of them being immigrants².

David’s and Sharon’s hearts have always been to work in partnership with local, Spanish-speaking Christians, to enable them to walk in their unique God-gifting. When a fellowship in one town asked David to be their pastor, he instead suggested a Spanish believer, who went on to grow the congregation until they had to expand into a purpose-built church centre.

Over the years, David has given discipleship and pastoral training to a number of men and their wives, who have become pastors or leaders in their churches. David has also brought the Bible to life for many people through teaching, writing, blogging and making videos. Technology enables him to share what he senses God is doing in Spain, not only locally but with partners around the world.

Sharon has always supported David as a team effort, organising meetings, contributing with music, preparing materials, working with children and hosting. One such young woman Sharon hosted was Raquel. Raquel came to Sharon’s dessert-making/Bible class, and later made a personal commitment to Christ at a teen Bible camp. Raquel continued to grow as a believer in Jesus; now she and her husband pastor in Segovia, Central Spain, as well as help prepare videos for children’s outreaches.

The challenges of church planting

David and Sharon find the Spanish people friendly, open, curious, sociable and fun. They recognise the challenge of Spain’s history of the national church, with its rites, customs and harsh impositions. This has made it hard to talk about faith, the love of God and the need for Jesus in a way that connects with people. Increasing acceptance in New Age beliefs makes it both easier and more difficult to share spiritual truth, as many feel ‘all roads lead to God’, and that truth is relative.

“After three decades in the Madrid area,” explained David, “our church there had become well established, with pastor and elders. We felt compelled to move to Extremadura, a large area of western Spain with few churches. For 22 years we had been making occasional trips for evangelism and training, often accompanied by others from the Madrid area as well as abroad, and in 2000 we moved to a rural district of 19 towns called “La Vera”, where there was no evangelical church.” They still live there today.

Usually with a small team, the couple works to build a bridge of faith for children through an attractive ‘map’ of activities intended to introduce the local children and families to the person of Jesus. They would like to encourage young people to help with the groups, even if they haven’t quite understood the message of Jesus for themselves yet: “Just like Jesus´ disciples, who at times hadn’t really caught on to the larger picture either!” said David, laughing.

Planned excursions have offered times out with accompanying family and friends, including picnics and sports, which encouraged wider community bonding – and still hope to, post-Coronavirus. David and Sharon have long understood that offering godly, wholesome activities to children can not only appeal to the children but provoke the parents’ curiosity about what their sons and daughters are learning. Safe, family-friendly events can provide the opportunity for whole families and communities to come together and discover what the Christian faith is all about. David and Sharon also recognise that well-produced teaching videos greatly help to catch children’s (and parents’) attention, which encourages him and his team to develop quality purpose-made materials.

After 52 years in Spain, with their four daughters and husbands in ministry, David and Sharon still believe God has more plans for them.

“Although we are in our 70s, an age when many consider retirement, we still believe there are things for us to do – if the Lord gives us time,” said David.  “People around us are still spiritually lost and don’t know they have decisions to make concerning their eternal destination. We would like to at least let them know they have choices before it’s too late.” 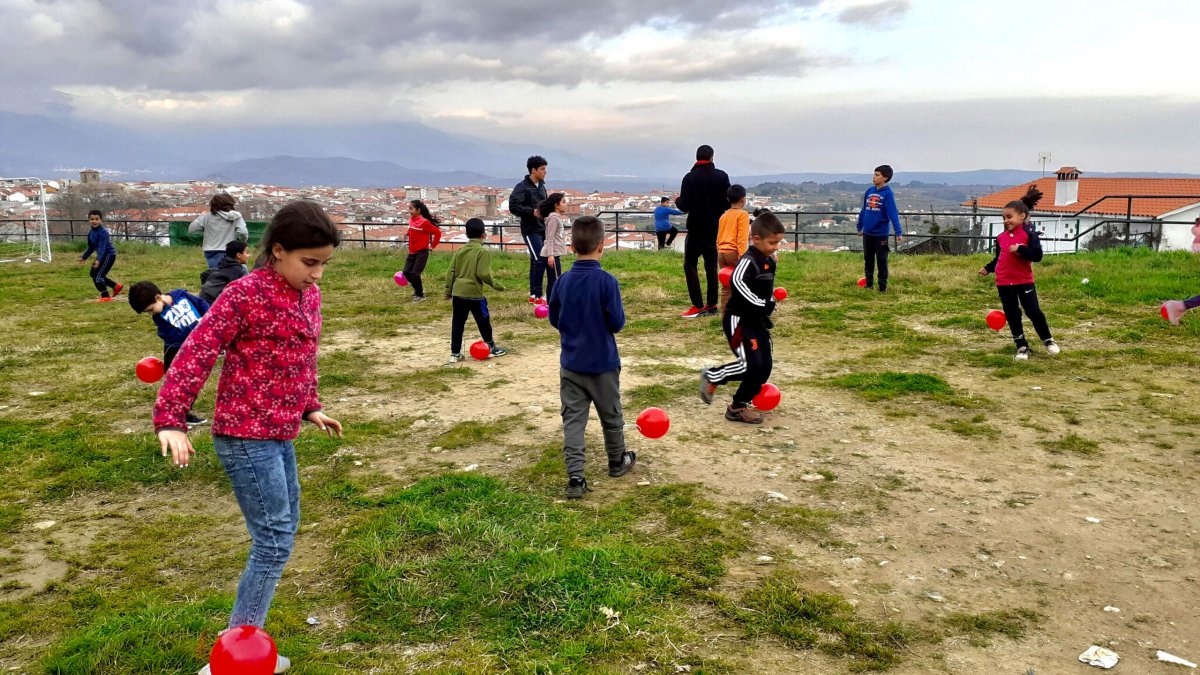 Spain: David and Sharon Esau left their small Canadian town for Spain 52 years ago. Today they use their teaching skills to run an English language school intended to introduce the local children and families to the person of Jesus. Photo provided by Geraldine S Newham.

Using my skills for something eternal

“Life with God is an adventure, and do you trust Him enough to say 'Yes!' to that adventure?” When Jenna Montgomery heard a conference speaker say that, it was the final confirmation that she needed to step out. “God wanted me to use my professional skills to invest in something eternal,” she said in an interview with OM Journalist Nicky Andrews.