“It all began in the summer of 1981,” shared Béatrice from Brittany, an area in France with very few Bible-believing Christians. “Two girls with blond hair, possibly Swedish, knocked on our door. My mother opened it, and these very young girls in broken French explained that they were spending their holidays in France to distribute Christian literature that explained the good news about Jesus Christ.”

Her mother gave them some money, took the book called One Way, Jesus, and put it on the table. “My mother never read the book, but I did,” related Béatrice, “and the arguments for discovering who Jesus Christ really is led me, at the age of 17, to find Christians who helped me to confess Jesus as my Lord and Saviour.”

The six-year ESPOIR pour les années 80 (Hope for the '80s) campaign (1981-86) was one of OM’s largest distribution campaigns, covering the whole of France—over 35,000 cities, towns and villages—with Christian tracts and literature. All of France needed the gospel, but local churches were unable to reach every town and especially isolated villages. Mobilising OM teams was the way to help do it. ‘At least something for everyone’ was the watchword.

Tract in every letterbox

Through June, July and August up to 700 young people on 79 teams were sent to a prescribed area to put a tract in every letterbox. If possible, they sold Bibles and Christian books and shared personal testimonies. Church teams of French speakers were more involved in local churches; distribution teams concentrated on tract distribution in villages while pioneering teams worked where there was no local church, trusting God day by day for His provision.

From September until Christmas, campaign leader Chris Short visited most evangelical churches where they wanted to evangelise the next summer, presenting and explaining the ethos of OM and the campaign. From February through May, he visited churches every weekend for motivation and training, giving him a good understanding of the spiritual climate around the country.

Many teams had no accommodation simply because there was no evangelical church. One team member told of his “Christianity…pushed to its limits”. Where churches did exist, teams received an overwhelming welcome; some had even organised a series of prayer meetings before the team arrived.

Team member Allister Fugill (UK) told of his first Sunday morning at Riom. “An old lady thanking God for our arrival broke down and wept…because the Lord had at last sent people to her town with the time to reach everybody.” He continues, “This undoubtedly had an effect on the team. Before, many thought: ‘What can I get out of this?’ Now it is, ‘How and when will the Lord use me to bless the people in this place who have been praying for so long?’”

In some hamlets, people manifested their opposition by tearing up the literature; in others, they seemed extremely open. Despite difficulties, team reports mention decisions to follow Christ. Jean-Claude Tremblay from Québec, Canada, said that his greatest blessing over the summer was to see “God lead us to people that He had already prepared. Sometimes it seemed uncanny.”

The Saint-Junien team told of one Friday night when they had little money, food or petrol, and an emergency prayer evening was called. With great awe the next morning, they discovered a bag of eggs and cakes, as well as a monetary gift, on the stairs.

One lady from Lure was so impressed with the literature received that she asked for 10 more packets for her whole family. Another lady, living in the same street as the evangelical church at Lons-le-Saunier, received a tract from a July team. By the time the August team arrived, she had already trusted Jesus as her Saviour and was attending the church.

Prayer and several travelling mechanics kept the teams and their vans on the road. Their visits proved a great encouragement, as well provided news from other teams. Mechanic Conrad Wiebe travelled over 15,000 kilometres one summer, seeking vehicles in distress. Fifty vehicles had been on the move in July and again in August.

Summarising Hope for the '80s, Chris Short wrote in the autumn of 1986: "Six summers have gone. Apart from some isolated areas, all 35,000 towns and villages in France have been visited. 85,000 books and Scripture portions have gone out and can now be found in even the most isolated hamlets. 15,000 people have written in asking for a Bible correspondence course or other information; a number have accepted Jesus as their Saviour and integrated into local churches. During the Hope for the 80’s campaign, we have worked alongside about 450 evangelical churches, and behind every summer campaign, thousands have prayed and given so that all this could take place.”

Years later, in 2016, former OM France Field Leader Chris Lorimer wrote, “We have met over the years many evangelical church pastors/leaders who were involved in OM campaigns and trace their commitment to full-time ministry back to such times as Hope for the '80s.”

Anne Marit Viljoen, from Norway, joined OM in the early 80s for three summer campaigns in France and long-term work in administration, hospitality, leadership and communications in Europe and East Asia Pacific. She and her husband reside in Norway, and she currently serves as a member of the OM Europe communications team. 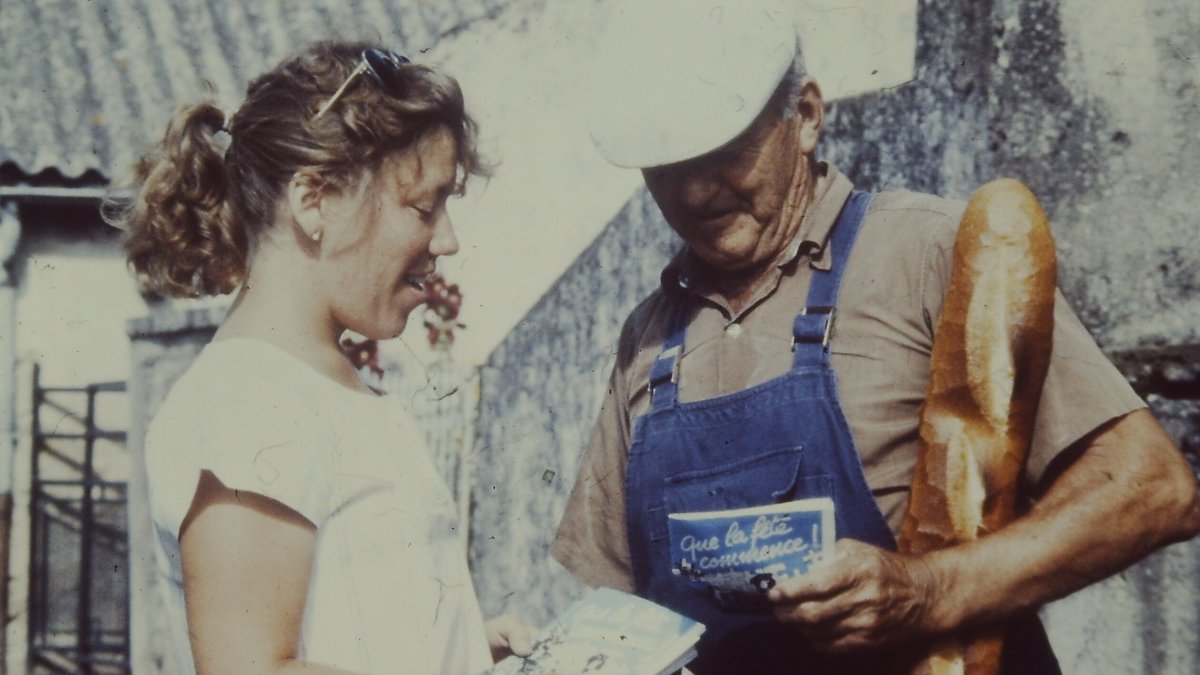 Door to door, meeting people, during the 'Hope for the 80's' campaign in France.