Thankful, even after tragedy

In partnership with the ministry vessel Pacific Hope, which provides medical care and construction help, Logos Hope's volunteers have joined in outreach to people on the Abaco Islands, recovering after a devastating hurricane.

Twenty crewmembers were part of two building projects in Marsh Harbour, guided by the Pacific Hope construction coordinator, Alex Mott (United States). Within four days they re-roofed a damaged home and worked on another house siding. Both had been destroyed by Hurricane Dorian one year ago.

One of the occupants, Marilyn Simms, currently lives with her daughter in her sister’s house because her own home suffered severe damage. When the hurricane hit in September 2019, she found refuge in a nearby church before something happened to her. She told the work party from both ships, “If I had stayed at home, I would have been killed! When I tried to go to my house after the hurricane passed, I couldn’t walk there – I had to take a boat because the water level was so high. Many people from our community are still missing because the flood just took them away.” Despite the tragedy, Marilyn is seeing God’s care in sending people to help rebuild: “It is hard, but God provides and now you are here and have made it possible for me to move into my house again. You are a blessing!”

Katia (Moldova) says, “For me, being in Abaco was very challenging emotionally, because the island is almost empty and so many houses are still destroyed. I can’t imagine myself living like this for a year and staying joyful and being thankful, as the people who drove by the construction site were. They greeted and thanked us for what we are doing in the community. Their attitude encouraged me to keep doing the work on the roof under the hot sun without complaining and instead to be praying for these Bahamians.”

A neighbour shared with the volunteers that he and his family are still living under a leaky roof and that he is struggling with the aftermath of the disaster. He repeatedly thanked one crewmember for listening to him. She recalls, “That was when I realised that now, one year later, no one outside of the island is talking about the natural disaster that happened here anymore. Out there, the world goes on but the people here are still suffering and we should not forget about them. Instead, we should help them physically or by praying for them – and sometimes it's enough just to listen to their story.” 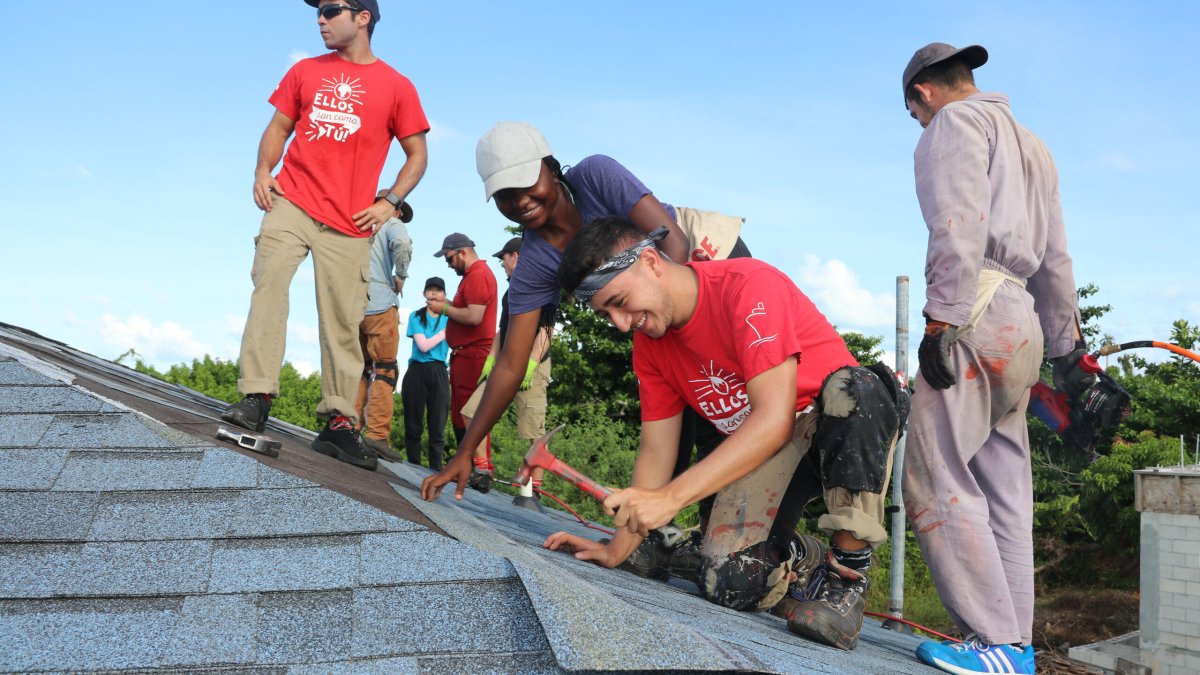