During the month OM's ship Logos Hope was in its annual maintenance in Uruguay in 2019, crew member Cecilia* (Argentina) joined a small team serving in Central Asia. While there, she was able to attend two underground churches overflowing with hope and faith.

It was early evening in Central Asia. The sun was beginning to set, and dogs were barking in the distance as Cecilia, age 20, and her small team from Logos Hope were led into an underground church—a place where followers of Christ met together in secret to worship.

“Our contact didn’t tell us where we were going,” Cecilia remembered. “We arrived at a specific street, and then we were told to enter a door across the street in pairs. We had to wait several minutes after one pair entered before anyone else could follow them into the house. Eventually, we all ended up in a kitchen. I thought maybe we were there to eat with a family.”

“Then our host opened another door and we entered a large, dark room, empty except for maybe 15 people. It was an underground church.”

Cecilia, who plays the violin, had her instrument with her, but she didn’t know why she’d been told to bring it until she realized they were going to have a church service. “It was my first time playing my violin in Central Asia. Being able to worship like that with the brothers and sisters of the secret church was really special.”

Still, they had to be careful. “They weren’t singing very loud, and they were hiding a little bit. There were two guys standing by a window covered by a curtain at the back of the church. They stood on either side and randomly peeked out, looking to see if anyone was outside and making sure it was still safe.”

This was only one of two opportunities for Cecilia’s team to visit a secret church in Central Asia. “The other time, we went to a Chinese speaking underground church,” Cecilia continued. “It was the first day of Ramadan [a holy month in Islam, where Muslims fast and pray every day until dark], so we fasted and prayed all day together, and then, at dark, we took communion together.

“That was so impactful to me. The majority of the people throughout this country were Muslims and were fasting and praying to Allah, but we were worshipping God. Even though I couldn’t understand everything because the worship was in Chinese, I could feel that they were worshipping with all their hearts. It didn’t matter that we didn’t understand the words; we just connected through the worship. And then afterwards, we all went out together to eat at a Chinese restaurant.

“It was amazing because in my home country of Argentina, there is so much freedom to worship and talk freely about God. But there, in the underground churches, they were like, ‘We need to be careful, because if someone outside hears us, they could go to the police.’ They weren’t afraid, but they were careful.

“The faith of the people I met was so incredible. They are kind of heroes to me, even the teenagers. They might have been the only Christians in their families; they have to hide this fact and attend church also while in hiding, but through it all they are trusting God.

“I want that kind of faith, that I really can believe in the Lord through everything that happens.”

Despite being aware of the need for discretion when talking about Jesus and Christianity, Cecilia felt no fear while she was in Central Asia. “We had to be careful there with what we said, but even when we were out in public, people were so friendly. They just want to make friends like everyone else. In that moment, you can see the people, their hearts, and sense just a little bit of how much God loves them.”

“While in Central Asia, God revealed His heart to me in a powerful way,” she said. “The people there were amazing to me. They really need Jesus, because they are so desperate for something to fill their hearts. Making friends there was incredible, as well as being able to share God’s love with ladies in different situations.

“I have so many stories of meeting people randomly on the street. Maybe it was because we spoke English. The youth there want to go to other countries and study, so when they see tourists, they want to talk with them. We connected with so many people that way.”

Cecilia was surprised and delighted to discover similarities between the cultures of her host countries in Central Asia and hers in Argentina. “They also have honour/shame cultures, where they honour the elderly, leaders, pastors, etc. When a pastor enters a room, everyone stands. Then the pastor stops and sits, and everyone else does too.

“Also, connection over food, community and fellowship is very important there. As Latinos, we do the same thing. We have mate (tea) in Argentina and share food around a table as we fellowship together.

“Respect is a big thing there, just like in my own culture. I felt so welcomed there, because I could understand how to treat people—some of the girls even kissed each other on the cheek, just like the Latin beso (kiss)!”

Now back on Logos Hope serving as an events coordinator for onshore events, Cecilia, who will finish her two-year commitment on board in September, has an even greater appreciation for the freedom she has to worship God openly in Argentina. In addition, she has a better understanding about the reality of what it means to be 'least reached' and in a least reached country. “They have so many needs, but the local church is seeing so much fruit because there are so many people there who need help. However, they cannot do everything alone.”

“I want to keep praying for them and be open in the future to going back there—or even to another place—if it is what the Lord wants,” she said. “After that trip, I understand that nothing is impossible for God. Just go, and if God is calling you, why wait? If that is God’s plan for you, you’ll be able to do more things there for God than where you live.”

The visit to the underground churches in Central Asia made a deep impact on Cecilia. “I know now that whatever career I choose, my focus will be not on doing something for myself, but instead I want to see how I can help people. That is my main desire–to serve the Lord through the job I do.”

Please pray for the local churches of closed countries, especially for those who might be the only Christians in their families. Pray for strength, hope and continued obedience to God’s leading in their lives—and for their friends and family to join them in being Jesus followers!

How does Cecilia’s story of the Jesus followers Central Asia encourage you? How can you pray for and encourage them, even from the other side of the world? Click here to find out more about the least reached in Central Asia: https://www.om.org/en/where-we-work 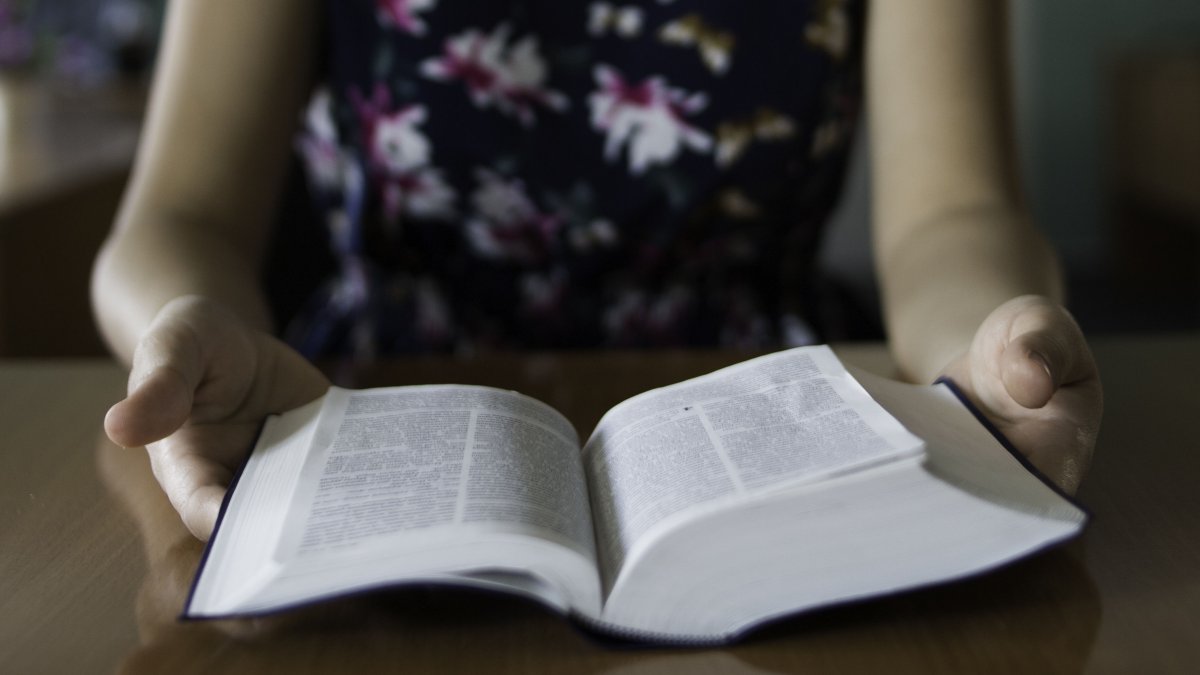 A woman in Central Asia reads a copy of Scripture in her heart language. 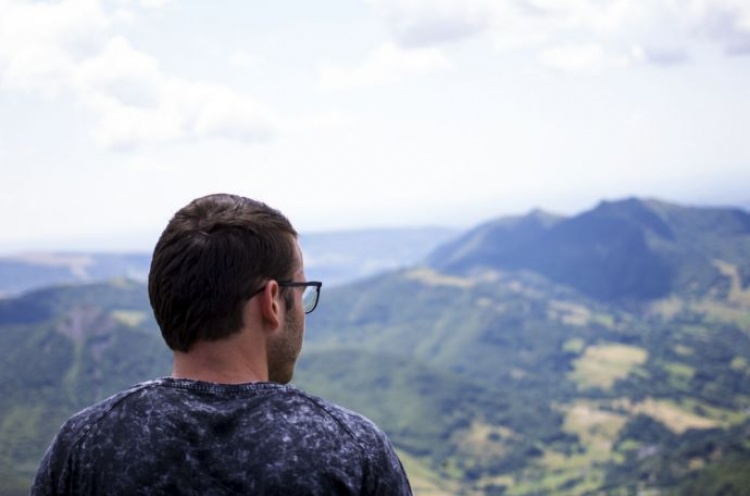 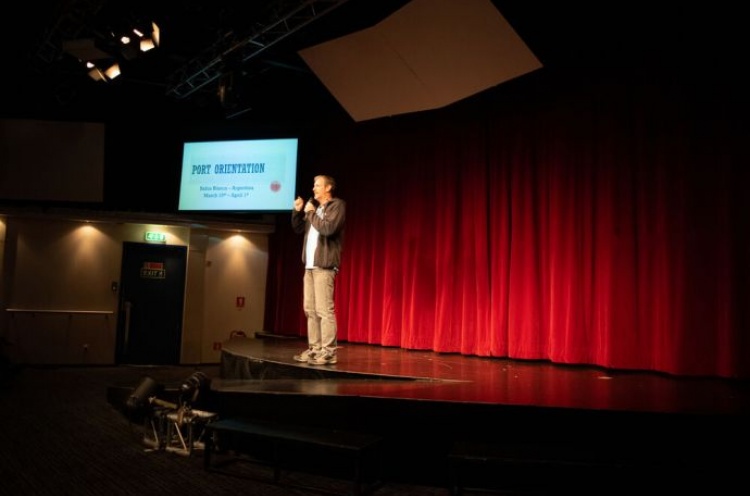 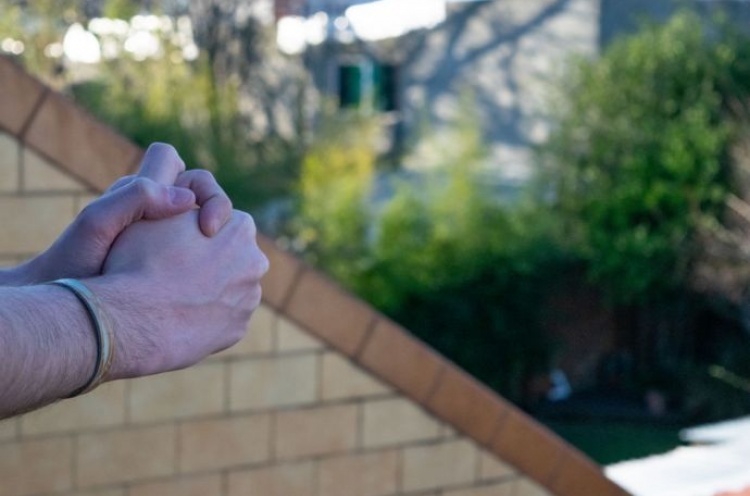