“I did what I never thought I could do at home: tell an alcoholic on the streets that Jesus loves her and wants to be with her. It was an incredible experience.”

This is a response from a participant at TeenStreet 2015, OM’s annual event for European teenagers, held in Germany. The teenager spent an hour in Global Village, an innovative and interactive project that allows people to go on a simulated mission trip. While encountering a broken world face to face, participants discover more of God’s heart for people and are challenged to reflect Jesus into difficult places among some of the world’s most unreached people.

Global Village came out of a question: “How could we interactively present OM and missions at TeenStreet and give a wake-up call for a missional lifestyle?” explains Ray Strong*. Since 2009, the former field leader of OM in the Netherlands, together with a team from OM Europe, represented OM and missions at TeenStreet by offering interactive activities, even using the name Global Village. Frustrated by the response, they started to re-think the structure.

Ole Karlsson* from Sweden was part of that team and remembered an experience from a mission trip with a Swedish confirmation group: “On our way to the Ukraine, one boy said, ‘You are ruining my holidays!’ But after we worked, lived and experienced things together as a team, the same boy said, ‘This has been the best week of my life!’”

Ole asked if they could create the same experience at TeenStreet. The idea came: “Let’s build an airport, take them out of their comfort zone to another place and let this place come alive to them.” That was the beginning of Global Village.

The first Global Village at TeenStreet 2012 was an overwhelming success: Nearly 2,000 people experienced it. Since then, thousands of individuals have gone through Global Village and have been impacted.

Barbara, from Germany, knew that she was part of a realistic simulation but was surprised when, for the first time, she was face to face with a woman victim of human trafficking. “While I spoke to her, I felt like I had done it a thousand times before.” In this weird situation, Barbara suddenly had “the impression that God said very clearly, ‘I want you to take care of women like this.’ That made me think.”

Since 2012, Global Village has been motivating people for mission, not just annually at TeenStreet, but during various events in Europe like the Mission-Net conference in Germany and the Opwekking conference in the Netherlands. In some places, the experience was turned into a three-hour programme.

“We’re getting a lot of feedback after every Global Village,” explains Ray, now director of Global Village Europe. Participants are specifically asked what they can do today, tomorrow and beyond with what they’ve experienced. “We give them an opportunity for us to contact them later,” shares Ray. “And we’ve seen that the turnout is a lot higher than at any other events or OM stands.” Countless individuals, as a result of the experience, have been inspired to deeper discipleship and a more missional lifestyle, by going on a mission trip, joining missions or caring for the marginalised in their neighbourhood.

“Global Village could be used worldwide for OM as a mobilising tool to make the generation of today aware of what’s happening,” continues Ray. “It’s not only for Christians; it’s also an evangelistic tool, because the message we put out is the gospel!”

According to Ray, Global Village will shape OM’s future ministry in many ways. “It’s the best tool we have to accumulate new contacts for OM. It is incredibly easy to bind people to the movement or have people join our movement because of what they see in the Global Village: It’s a vibration and that attracts people.”

Global Village is an amazing God-given tool to mobilise and inspire people to go out and to make a difference, Ray states. “Global Village opens people’s eyes for the least reached,” he explains, “while showing participants that they can be a vibrant community of Jesus followers.”

Several OM offices around the world are interested in having the experience in their field. OM Europe’s Riverboat, a floating ministry due to launch in 2018, will have Global Village on board as well, to mobilise the church for missions and to touch people’s lives, like Barbara’s. One year after her Global Village experience, Barbara joined A21, an organisation that fights human trafficking. She started the first A21-A-team in Germany.

Her story fits exactly into the vision of Global Village: To see thousands mobilised around the world to go out and spread the good news of Jesus.
*name changed

Corinna Scharrenberg, from Germany, works in communications for OM Germany and Global Village Europe. She loves to write about the great things God is doing around the world. 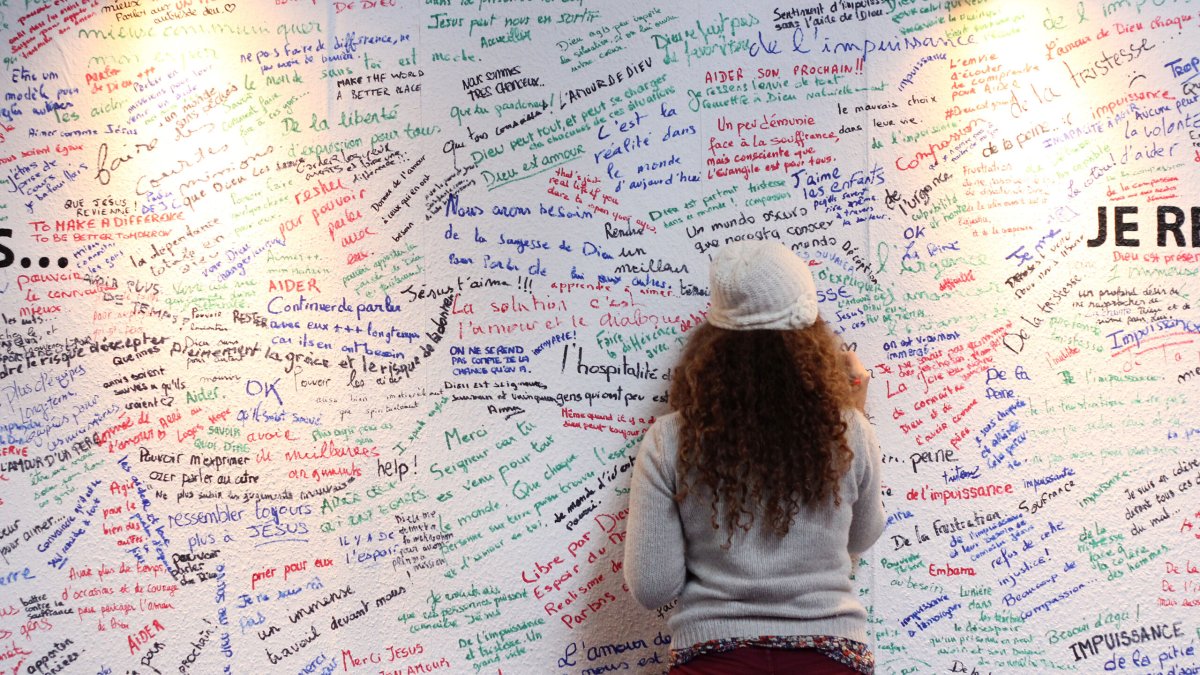