In this update, we are excited to share with you news and a story from one of our strategic focus areas, anti-trafficking ministry, which despite the pandemic has seen valuable change and growth in the last year. OM works with and supports three different agencies but we will focus on two for now.

There are over 700 brothels in Athens, with "sex workers" in the city including victims of human trafficking, addicts with no other hope of survival, underage refugees, and people forced by financial need or abusive partners. Trafficked women suffer physical, mental, emotional and spiritual trauma - from rape, beatings, verbal and physical abuse, mind games, manipulation and voodoo.

OM Greece is partnering with Ek Neou to support women who have escaped situations of abuse and are seeking to rebuild their lives. Last year the team opened a secondhand bookshop in central Athens selling books and handmade products. The shop is run by volunteers and legally employs survivors of exploitation in support roles, who receive on the job training in a safe environment.
While lockdown has meant the bookshop has been unable to open in recent months, the team have been more creative in how they go about selling books, using social media and whatever window of sales opportunity they have.
The employees have been able to live steadily and modestly in these times, with a stipend from the government, which has decreased over the months but still been a blessing. They are also making progress with their official documents. “A” is getting her residence permit and “B” has an appointment to get a passport - a beautiful image of the freedom she now knows.
The training sessions with the employees have continued when they can, and include craft, baking, language, and IT lessons. The training really is about nurturing their gifts, helping them to recognise their value and equipping them with the confidence and skills they need to be ready for whatever their next step might be.

OM Greece is also partnering with Threads of Hope, a sewing business aiming to bring freedom into the lives of women who have experienced exploitation and abuse.
Like the bookshop, Threads of Hope has been affected by the pandemic, yet we can still look back to a year when God has been so faithful. During the autumn and into the beginning of the year, sales have been good, which in combination with generous giving by individuals, churches and partner organisations, has enabled Threads of Hope to support their employees more than normal. The team are now looking forward to welcoming back their employees and re-starting the training programme when lockdown restrictions are relaxed.

Grace* grew up in a poor family with many siblings. They could not afford to send all the children to school, and so Grace stayed at home to help out with the small family farm. Her parents promised that when she grew up, they would help her to become a hairdresser - that was her dream! Yet, although she was promised a hair dryer, the years went by and she never received one.
When Grace was 20 years old, she decided to search for work in Europe instead, and was promised a well-paid job as a caregiver to an elderly couple, alongside plenty of opportunities to train as a hairdresser. Once in Europe, however, she discovered that it was all a lie. There was no elderly couple and no hairdressing. Instead, she was forced into prostitution on the streets of Athens.
Some years later she was able to leave the streets and came in contact with Threads of Hope. Today Grace is a skilled seamstress and through the literacy classes, she has also learnt how to read and write. Hairdressing is still her dream, but as she puts it: “One step at the time!”
*Name changed for security reasons 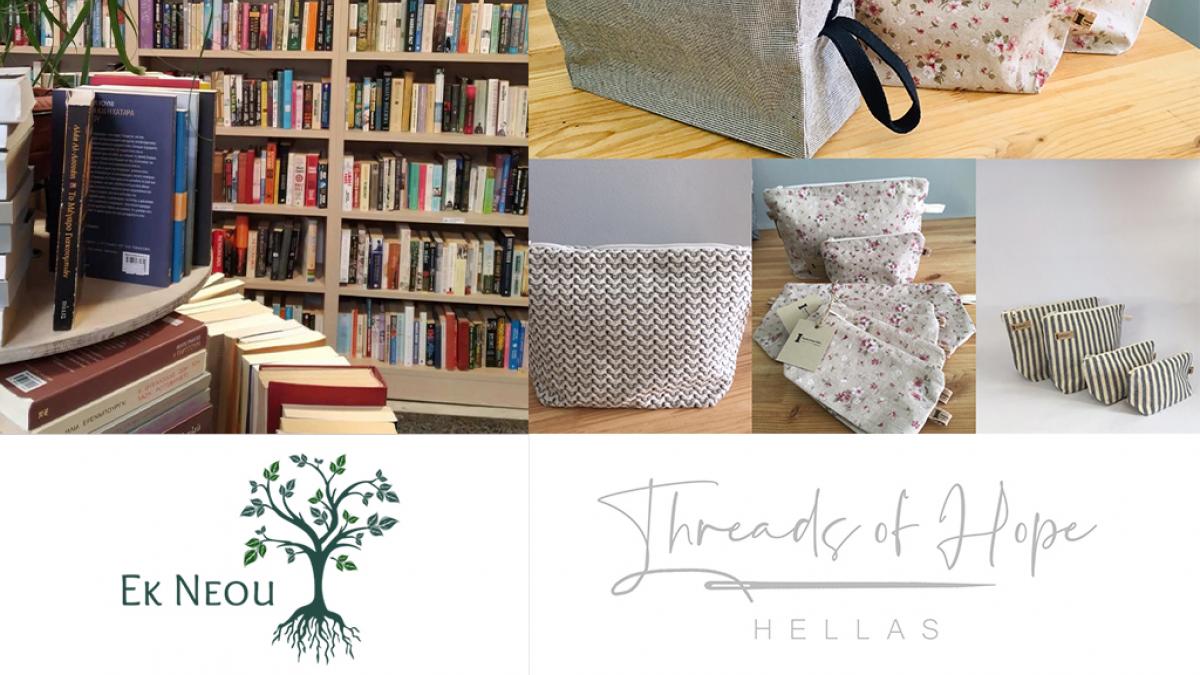 Threads of hope and Ek Neou 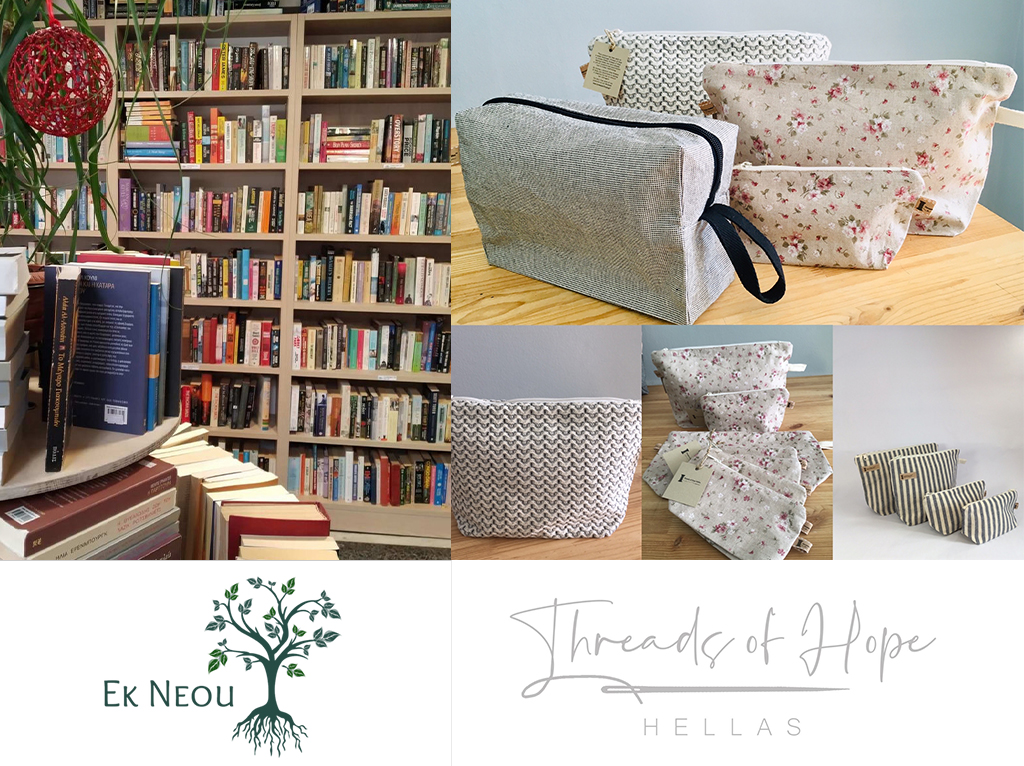 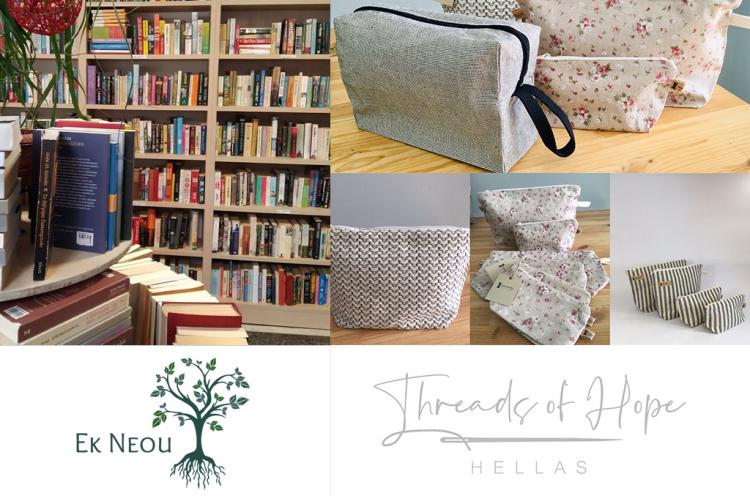 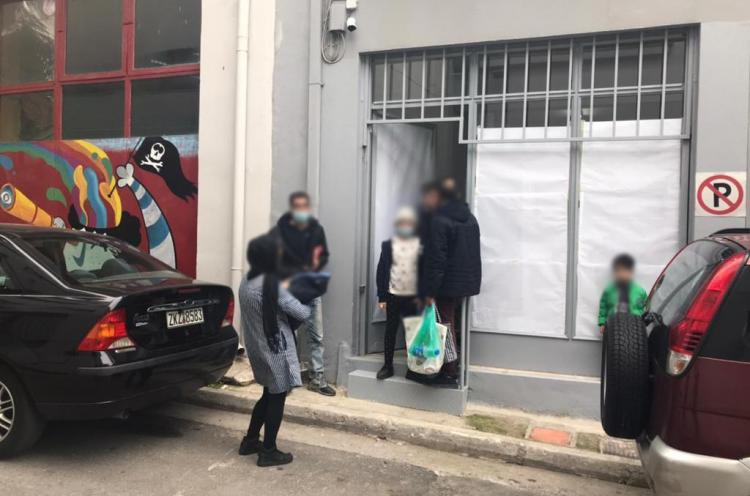