On Monday, 23rd of July, a deadly fire started in an area a little outside of Athens. The wind was so strong that in only a few hours, the fire destroyed forests and a few small cities. At least 99 people died from the fire and many more were injured. The destruction was massive as around 2,000 houses were destroyed. The devastation of the people was greater!
However, in this great tragedy, I saw something positive. I saw churches responding! I saw people using their off-days and vacation days to help. I saw people of all ages “running” for those people in need! I had the privilege to be part of one of those teams.
The team I was involved with started its ministry on Friday 27th July. We tried to think of what we could do, but we did not really know how to act. So, we just drove to one of the affected areas, called Mati, and we stopped the cars and started looking around. Only a few seconds later a woman passed by and we asked her what we could do to help. It turned out that she was the daughter of the director of one of the hot spots and of course, she directed us to her mother at the hot spot (a hot spot was a place where people were collecting food, water, clothes and other materials that the affected might need). After that we decided that we would make coffee and distribute it for free to whomever wanted. We used a car to go around and find people that would like to have free coffee and would make one on the spot. From this coffee idea and the connection with the hot spot, we met families and individuals that needed help. So, from that first day onwards, we started cleaning out burnt stuff, fallen roofs, melted windows and other wreckage from their houses.
Up until now, more than 50 houses have been cleaned! The challenge for us now is how we keep this relationship with the locals. We praise God for His protection, strength and “appointments”.

Filimon Diamantatos is a long-term missionary of OM, who led the work of volunteers in Mati. 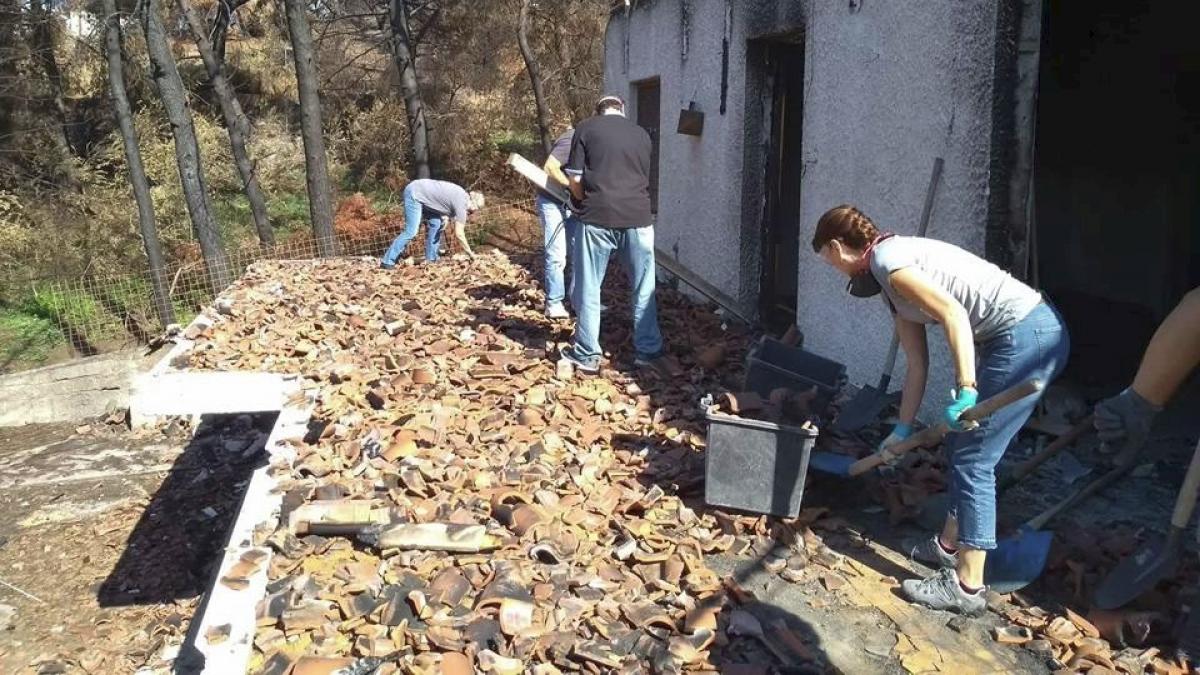