How God is using literature to transform lives

We are pleased to give you an update on a lesser-known, yet highly impactful, area of our ministry here in Greece, our literature ministry.

We believe that God can and does use literature to speak to people and transform their lives. This is why, over the years, OM Hellas has been receiving and distributing Bibles, Christian books and other resources in many different languages.

Over the past 12 months, we have received and distributed over 5,101 books and Bibles in several languages; these include 216 Farsi, 3,535 Arabic, 1,200 Greek, 10 Dari and 140 English resources. Of these resources, 400 Greek New Testaments will be given out to University students this year, a project we started four years ago. Each Bible costs 10 Euros, and so we are trusting God for the funding. If you wish to give towards these Bibles, we would be so grateful.

Alongside the distribution of resources, OM Hellas is working with a Christian publishing company, translating and publishing several books from English into Greek. One of these books is called “Why Pro-life?” which offers factual answers to the central issues of the abortion debate in a concise, non-abrasive way, and presents a solid case for defending both unborn children and their mothers.

In order to get a sense of how God works through this ministry, we bring you a story from a lady named Fatima, whose life was greatly impacted when she came across our literature distribution in Athens.

One evening in June a team set up a book table in the centre of Athens, with plenty of Christian literature including Bibles in several languages. The aim was to reach out to Muslim refugees with the Good News of the Gospel.

While some men from Somalia were having a conversation with the team, Fatima walked past and caught sight of an Arabic Bible on the table. When the team asked if she would like one, she said yes with such joy and expressed her desire to know more about Jesus.

Following this encounter the team invited Fatima to an Arabic fellowship, where she mentioned she was reading the New Testament and that she had been greatly touched by the love of Jesus.

Eventually, Fatima received confirmation of her acceptance to relocate to Germany to reunite with her husband, but before she left, prayed and accepted Jesus as her Lord and Saviour.

Going forward, OM Hellas would love to secure resources in several new languages so that we can reach even more people with the love of Jesus. We have received requests for Russian, Ukranian, Romanian, French, English, and Complete Bibles in Dari, Farsi and Arabic. We are also keen to continue our outreach to University students, which has been an eye-opening and worthwhile project over the last four years.

However, we often find that raising funds to access, translate and distribute literature, including Christian books and Bibles, can be difficult. Now that you have heard how God is using literature to transform people’s lives, we would be so grateful if you would consider partnering with us in this ministry, prayerfully and/or financially, so that more people can come to know Jesus. 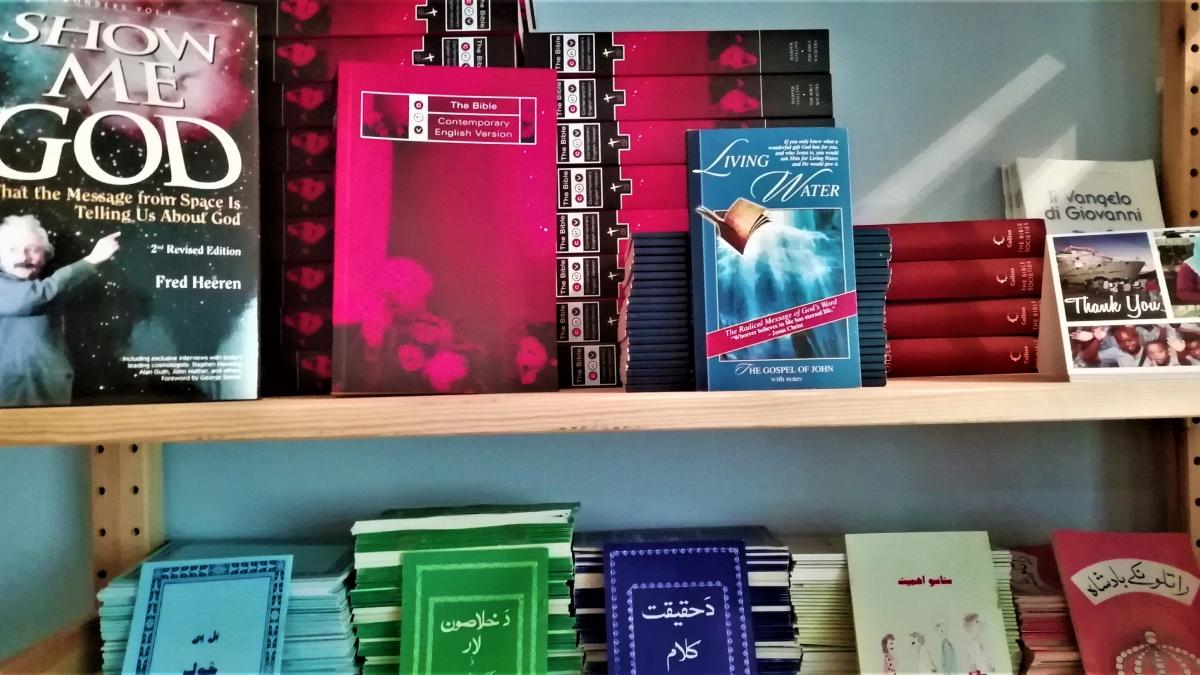