A Year in Greece

Fion Lau from Hong Kong places her yellow handbag on the chair in the OM office and sits next to it. In the middle of preparing her return next week, she fortunately has some minutes to answer my questions. What brought her all the way here?

In 2015 Fion served on the OM Ship Logos Hope. After one year she felt the calling to continue in missions and God placed refugees in her heart. When OM Hong Kong suggested that she go to Greece, God spoke immediately through His peace that this was the place He was calling her to. Through a miraculous visa process, she finally found herself walking on the streets of the ancient city of Athens.

In her first two weeks, Fion lived in Community House Damaris taking care of ladies who had escaped the sex trade and sometimes of their kids as well. Later she was working with the refugees at Omonia church, teaching and playing with the kids and just serving the them in any possible way. For her the most amazing thing was to witness refugees coming to the Lord, getting baptised and having their whole lives changed. Another highlight was to see the work of churches in Central Greece and to spend time with Roma children in Karditsa. God also blessed her with a nice apartment and good friends.

Living for one year in a different culture, trying to learn Greek, and struggling with English was not easy for Fion. But still she was able to do what she was called to: To serve God with everything she has! Looking back Fion feels the year went by very fast, but was very fruitful and blessed. Instead of trying to solve all the difficulties by herself, she learned to rely more on God. Through serving others she also learned more about her relationship with God and grew in faith. She felt God´s presence, love, peace, blessing and healing throughout the year.

When I ask Fion what she would like to say to people who think are considering joining in missions, she doesn’t have to think about it for long: “If God has called you into missions, be still before Him and pray. He will provide everything you need. Don´t think you are too small or too ordinary, you can serve Him in extraordinary ways, because it´s not about you, it´s about God. He will transform your life through serving and the impact will be lifelong!” 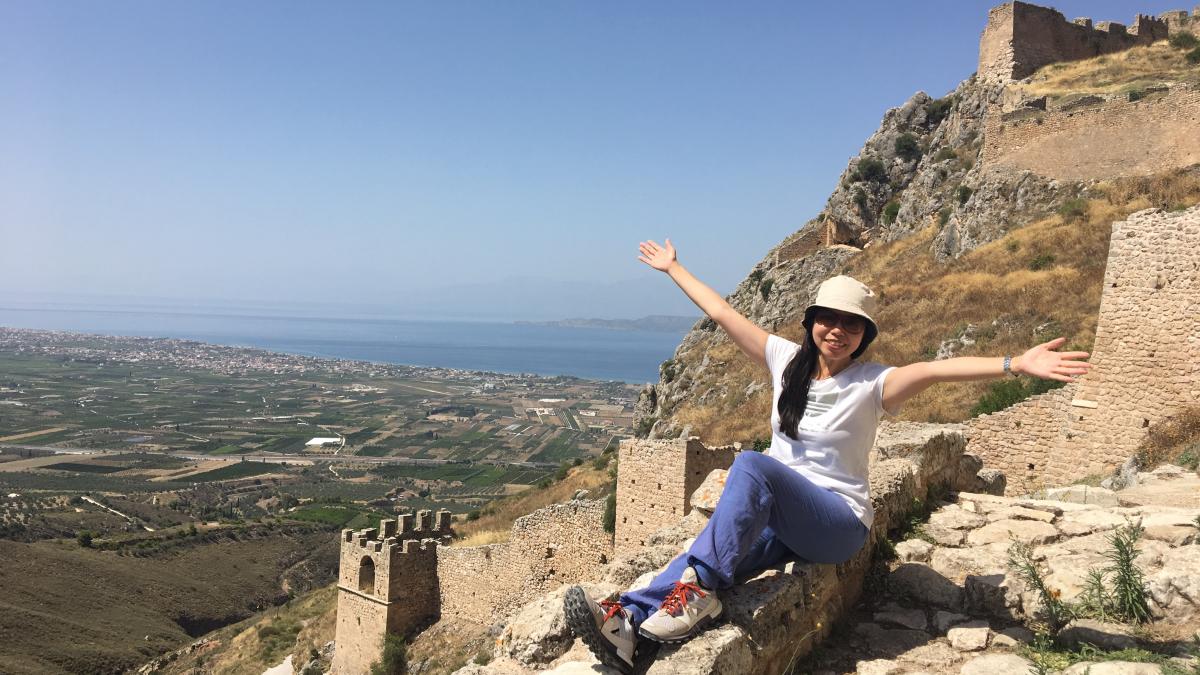