You have given me Jesus in my heart!

Every year the River Adventure, part of OM Moldova’s summer outreaches, gets involved in some of the country’s least-reached communities, as teams travel on self-built rafts down the Nistru River to remote villages that hardly anybody ever visits.

This year, as the raft arrived in Buciușca, some OM workers on the team recognised 12-year-old Cristina from their stop there with the raft the previous year. Then she had been a smiling, beautiful young lady. This time the workers noticed she seemed to be very sad. When the children’s programme had finished, and the team went to their camp to have lunch before setting out on their river journey to the next village, Cristina followed them, wandering about close to the group. Finding out she had not yet eaten anything that day, the team invited her to join them for their meal.

Cristina started to share about her life with the team. When she was 6 her mother had died, and not much later her father had passed away, too. She had then been raised by her grandmother, but just two months before the team’s visit, her grandmother had also died. Now Cristina was mainly depending on herself. Sometimes she stayed with relatives, but they were not really taking care of her or even making sure she had food to eat.

The team gave her a food parcel and also some other useful gifts, including a blanket. As they shared more about God and how He could be a Father to her, Cristina could not hold back her tears. She could not stop crying, but by the end of the conversation she had asked Jesus into her heart. The team hugged her, prayed for her and gave her a New Testament. Soon the smile returned to Cristina’s face. All she had needed was some love and affection—and hope.

A few villages further down the river Catea, one of the Moldovan team members, was able to bring hope to another teenage girl.

During the team’s programme in that village, Catea told the children how she had received Jesus into her life and how He had completely changed her, brought her joy and enabled her to also bring joy to others. At the end of the programme, a teenage girl called Ionela* approached Catea, took her hand and asked, “How did you start bringing joy to others? I also want to do this!”

Catea shared more about her life, including how before knowing Jesus, in arguments with her mother, she had often threatened to commit suicide. At this, Ionela started to pour out her heart, sharing that many times she felt unloved and often thought about ending her life. She told Catea about her sick mother and that her father was working abroad in order to be able to afford the necessary medication for her mother.

“We talked about many things and I told her how much God loves her and how she can live with Him,” Catea said. “We prayed and hugged, and I encouraged her to read the Bible. She told me she had never opened up to anyone like this because she had never trusted anybody enough.”

Just before parting, they hugged again. Catea would have liked to give Ionela something as a memory but had no gift to offer. However, when she told Ionela this, the girl’s reply was simple: “You have given me Jesus in my heart!” 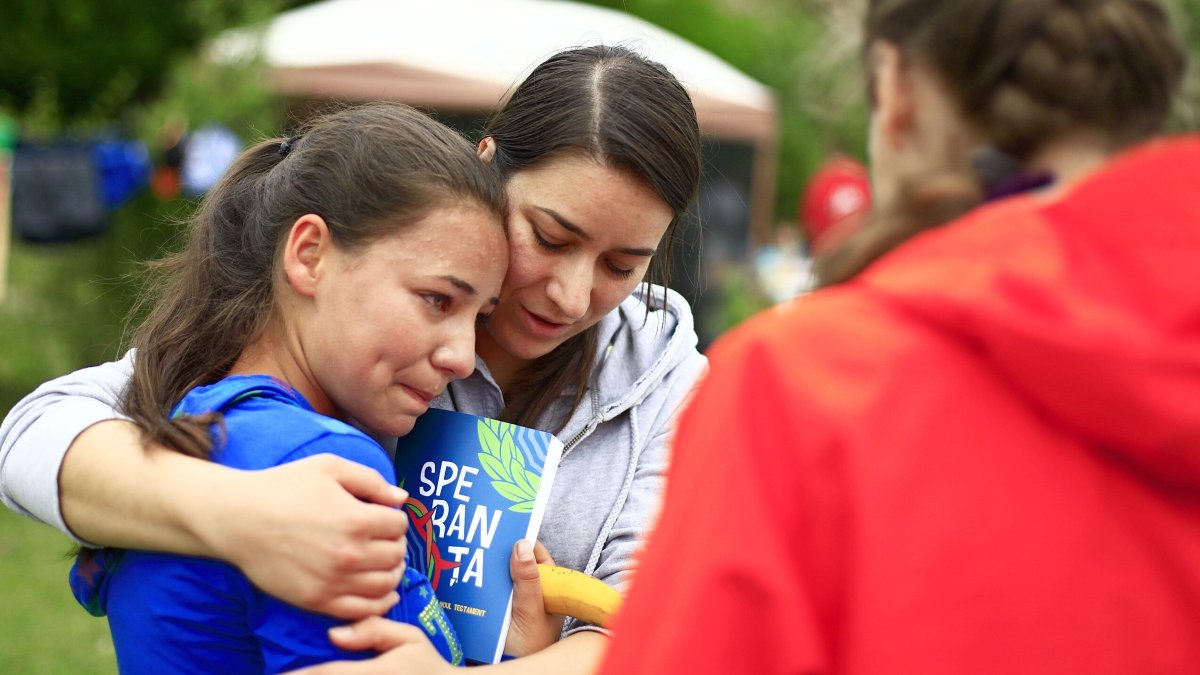 A teenage girl without a family meets Jesus and finds comfort and hope when a River Adventure team visits her village as part of OM Moldova’s summer outreaches. Travelling on the Nistru River, these teams go to some of the remotest and least-reached villages of the country, bringing hope through the Good News.