“The difficulty [is], you labour many years and it hasn't yet happened what you want to see. And so, of course, it’s nice to see what God is doing in His time,” Sabih* explained.

After working for 30 years among mostly unreached people groups in the Middle East and North Africa region, Sabih and his wife returned to their home in Europe after handing over their ministry to local believers. Although they experienced many of the difficulties that accompany building a new life, such as finding a house and a community, he was finally offered an opportunity to serve a nearby refugee community.

Previous refugee ministries in the area have primarily focused on planting churches within their communities, according to Sabih. This ministry, however, aims to help refugees as they integrate into European culture and encourage them to attend local churches in hopes of building strong international churches.

“We don’t want to do church planting in that sense because there is already a very good church plant that people can be integrated,” Sabih explained. “We have people from every city, basically, in Iraq and most cities in Iran and many cities in Syria—people that couldn’t be reached inside those areas because they were not accessible for foreigners.”

He now leads a coffee meeting, which meets a couple of hours each week and serves two main purposes. The first includes assisting the local refugees in the practical needs such as learning the local language and helping with government paperwork. Sabih and his team then follow up with small group meetings throughout the week.

“We don’t have time to go to the camps because we have so many contacts that we don't need to reach out,” Sabih said. “They come by themselves because there is a billiard table and then they want to learn [the language].”

The second purpose includes building relationships, which helps open conversations about Jesus. Sabih and his team also encourage the attendees to participate in a local church, especially those who already believe. For those coming from a community-oriented culture, finding a solid Christian community during their integration can drastically impact their walk with Christ, according to Sabih.

“Many, if they don’t have good fellowship, they will ask after three years, ‘Why did I become a Christian?’” Sabih said. Sabih explained of Arabs from Muslim backgrounds, “If you are a strong believer, but your identity is always shaking, and you don’t know where you belong, it is very difficult to live as a believer.”

Sabih previously served in some of the areas that many of the refugees come from and he recalls the “cloud of fear” that hung over them for years before and during the Syrian war. Many of those areas remain largely unreached, but the few churches continue to grow, however, even in the midst of fear.

“Sometimes, at the beginning, they would meet four nights a week just for prayer, because there wasn’t anything to do. It was so difficult in the war time,” Sabih said. “And now the church there has about 170 people coming regularly to the meeting each week.”

Sabih has since helped some of those believers come to Europe, and seen them get involved in local churches as well. Despite the difficulties in all the transitions, he remains joyful as many refugee believers recommit their lives to Christ, find their place in a local church and disciples other unbelievers in their communities.

“It’s not just about being baptised or making a commitment to Jesus,” Sabih said. “But to get to know the Word of God, to become this follower of Jesus and then to help others to follow.”

OM Communications intern Jana Eller is a student studying journalism and missions and loves to see how God is moving among the nations. She is always up for spontaneous adventures and exploring new things. 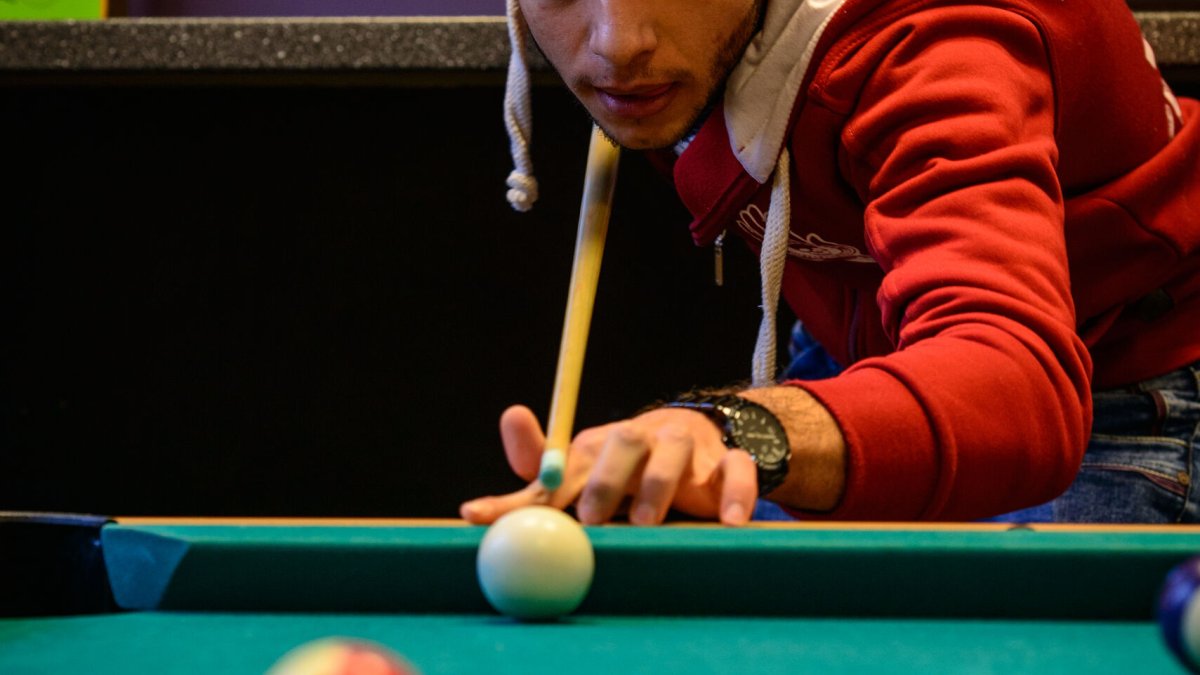