Tiny, intricate spirit houses spin in the wind as they hang in front of homes and offices. Every business features an elaborate altar within sight of its front door, fresh food and abundant tea provided daily as offerings meant to ensure protection and luck. Temple spires peak out amidst urban skylines and rural rice paddies alike.

Evidence of Buddhism infiltrates nearly every aspect of Cambodian society, but for many people, religion is less about rituals and more about superstition and following tradition, said Sokhem*, a teacher at a non-profit school.

When it comes to Christianity, Cambodians are likely to whisper in Khmer about the foreigners’ religion. “I know how they make fun of God,” Sokhem said, “but I don’t mind because I was like them, too.”

Before 2014, Sokhem was not a Christian. He grew up in a remote province, steeped in Buddhist tradition, but “I feared God,” he recalled. “I knew there was a God who existed in the world, but I didn’t know who could forgive my sins, who could carry me to eternal life. I didn’t think about that; just, yes, there is a God.”

After Sokhem married, his wife encouraged him to pursue higher education. In order to afford tuition, Sokhem also took a job at a restaurant run by a Christian woman. At that job, Sokhem attended a weekly Bible study. “I didn’t realise who Jesus was yet,” he said. “But the boss encouraged us to study, to learn, to get to know Jesus, so step by step, I felt in touch with God and that God wanted me to connect to Him.”

The restaurant owner also gave Sokhem a Bible, a gift he accepted but didn’t understand. “She knew that I was not a Christian,” he explained. Eventually, Sokhem opened God’s Word and began to read Proverbs. “Proverbs has a lot of advice that God tells us to do and [how] to live. …It feels like more than people, more than wise men, more than our knowledge can do,” he noted.

Sokhem continued to read the Bible when he had time. Everything he read was new. “God started to build me up stronger,” he said.

Then, one day, the pastor who taught the weekly Bible study approached him: “Sokhem, if you want to accept Christ, tell me.”

“In my mind, the answer was already yes,” Sokhem recalled. “I was so surprised [because] the teacher knew my heart.”

Sokhem told the pastor he wanted to give his life to Jesus, and he was baptised later at a celebratory picnic. Still, he had doubts about the authenticity of his new faith.

“How can I become a Christian?” he wondered. “I know nothing yet.”

Then he heard God speak: “Sokhem, it’s not about the knowledge you have. It’s not about what you know. It’s about [the fact that] your sin is forgiven.”

“Yes, it’s this. My sin is forgiven,” Sokhem confirmed.

In the beginning, Sokhem’s family pushed back against his decision. “It was very hard for me to become a Christian,” he shared. “My wife doesn’t believe. She doesn’t rely on God; she depends on herself. …Step by step, until now, God is working with her.”

His relatives in the province asked what was wrong with him. “Why do you believe [in God]? It’s not our religion. Why do you do this?”

“My mother-in-law, my father, my mother—they don’t believe in Christ. It’s me alone,” Sokhem said. “But I keep telling them the gospel.”

After graduating with a university degree, Sokhem spent two years working at an acclaimed international school. During that time, he dreamed about a job where he could serve the Lord completely. “I wanted to be with kids who were broken, who had no father, no mother, who were poor, who didn’t have proper education,” he said.

Sokhem quit his job at the international school and began teaching children from the slums on the outskirts of Phnom Penh. Now, he connects with his students daily and prays for them. He also travels regularly to another province to share God’s Word. “My vision is a church where I can teach English, a church where I can preach the gospel, a church where I can have my people come together and worship Him alone, not other gods. I want to see this in my community. Holy Spirit, help me.”

Nicole James is a world traveller and writer for OM International, based in the US. She’s passionate about partnering with believers to communicate the ways God is working across the globe. In her free time, you’ll find her biking, paddle boarding or curling up with coffee and a good book. 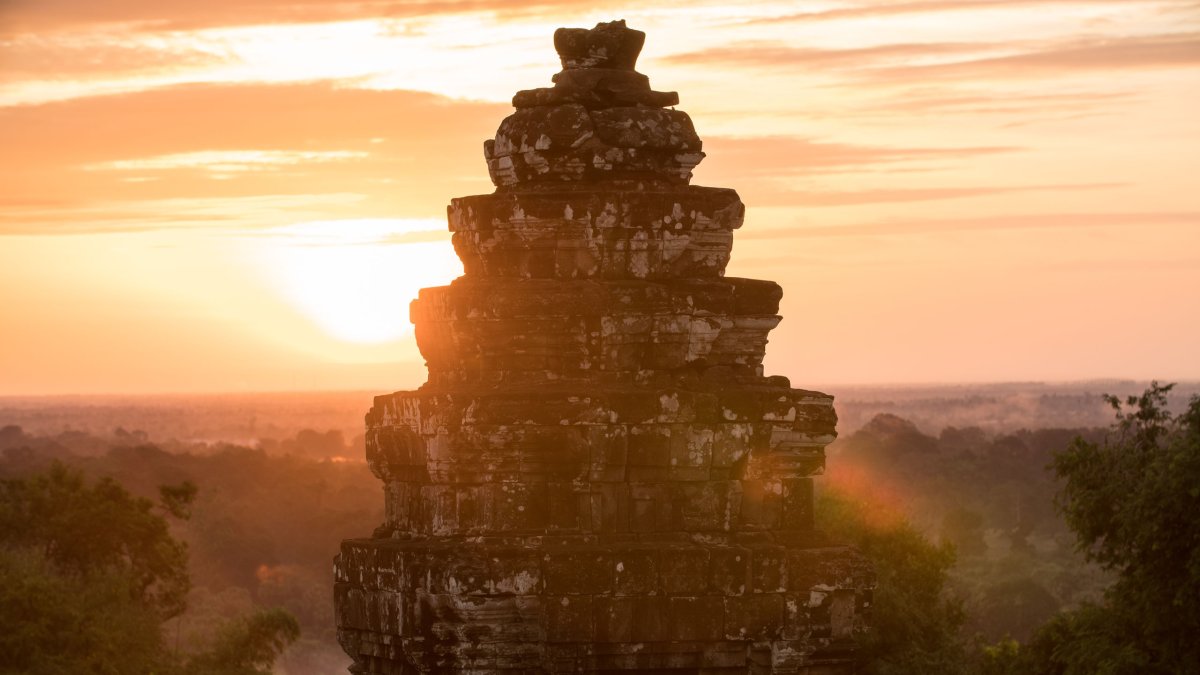 The sun rises behind one of the temples in Cambodia's iconic Angkor Wat complex. Photo by Jay 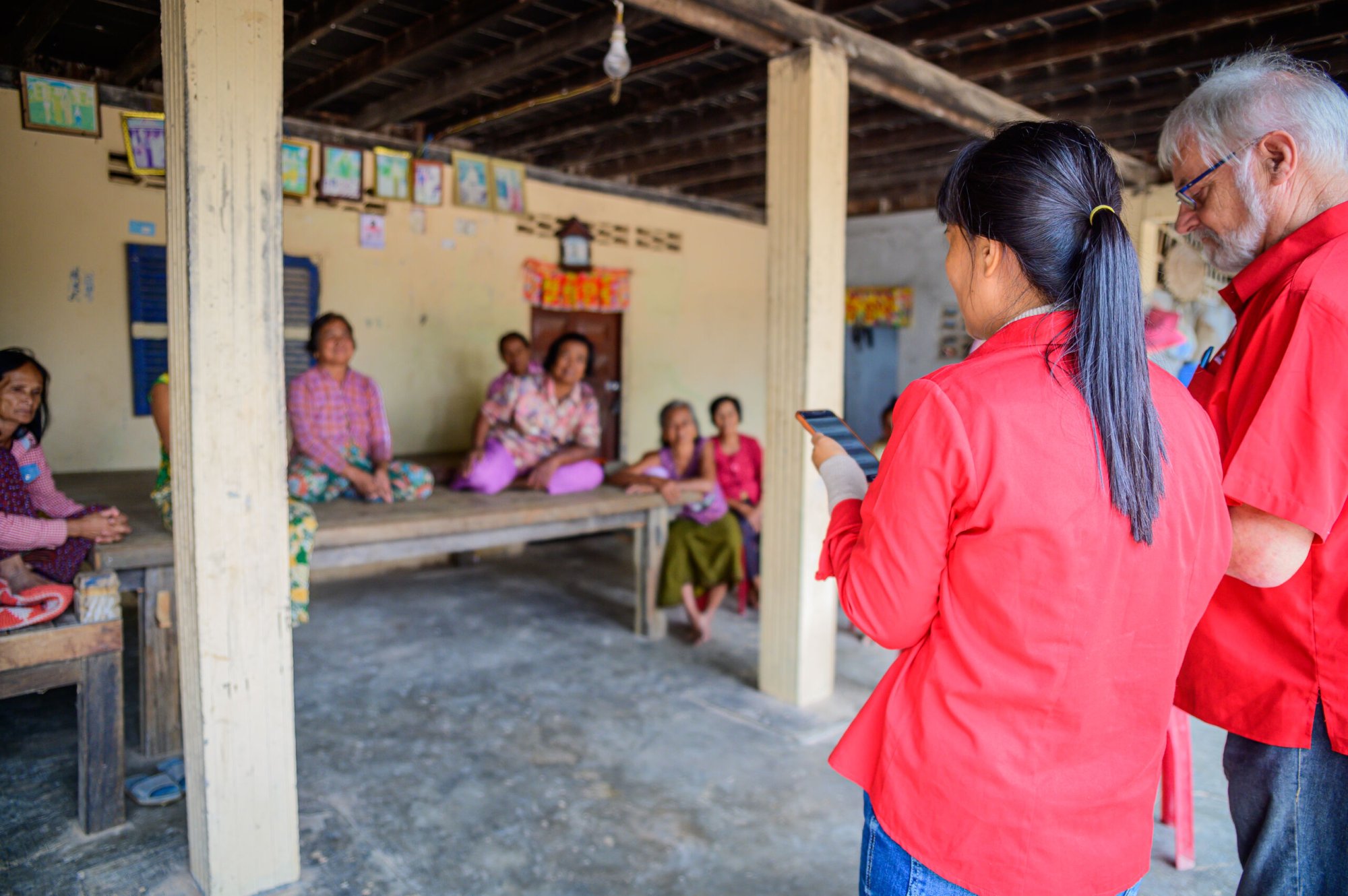 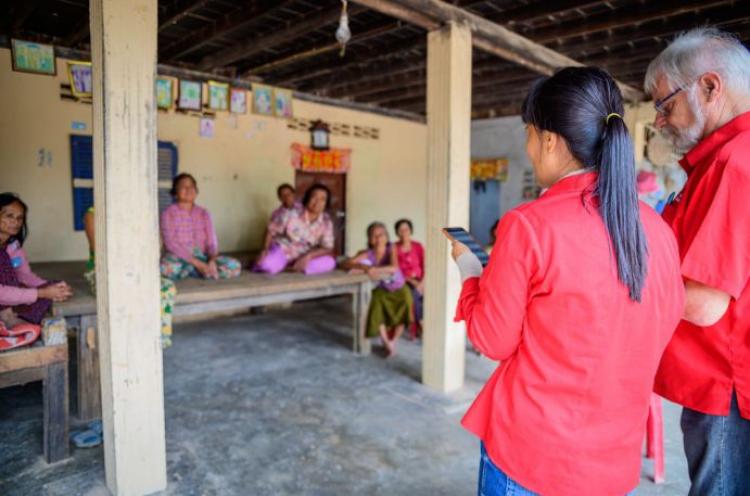 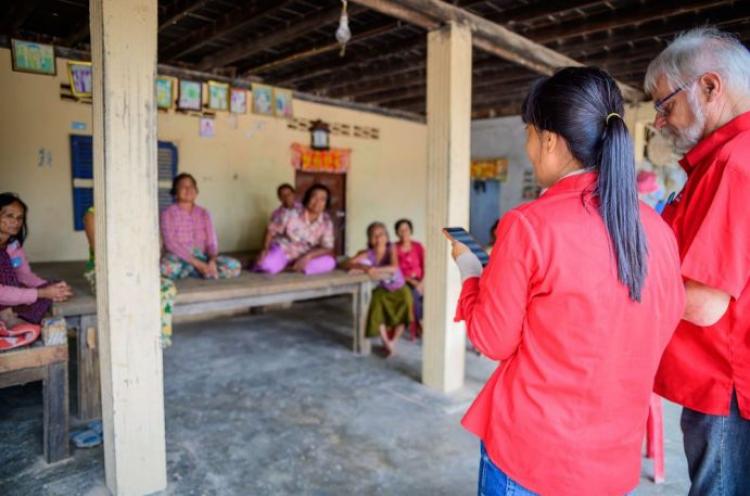 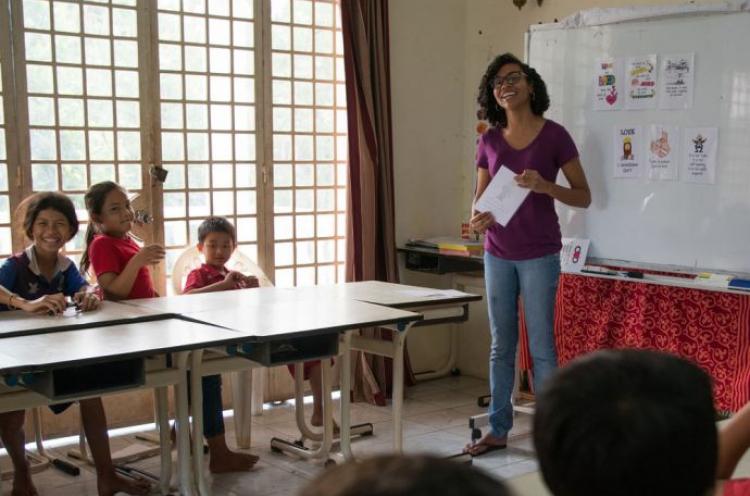 OMer Joelma (Brazil) answers questions about her life and ministry in Cambodia.