On 25 April 2015, 30 seconds after the 7.8 earthquake shook Nepal, the remote village of Langtang was struck by a glacier with an estimated force approximate to half of the Hiroshima Atom bomb. The landslide destroyed all 116 Langtang homes, leaving hundreds of Tibetans with nowhere to go. The glacier also killed one third of the villagers, including the majority of the skilled workers.

OM is working hand-in-hand with the community as well as Samaritan’s Purse to help replace the lack of skilled workers. Trainings are being held where a certain wood banding technique, that is more earthquake resistant, is being taught and practiced.

“I didn’t know these things before [about safer home construction methods] but now I know how the banding is stronger in an earthquake, and how to cut the wood to make sure it doesn’t slide.” said one local, Sandu Chosang.

He and his wife are in the process of building a two-room home as well as a four-room guesthouse. The home will serve as a place for them to sleep as well as a kitchen, and since tourism is the number one industry in Langtang, the guesthouse will be their primary source of income.

Sandu continued, “OM has helped [me] with transportation of wood, plywood, and cement. Transportation is very difficult and expensive for me, so I’m very happy for OM’s help.”

Life in Langtang presents many obstacles for constructing a home. It is a 3-day trek through the mountains to where he can purchase materials, making transportation of these building materials a big problem. People who want to rebuild their homes cannot do so because of the lack of local resources. OM is helping with the transportation of critically needed materials for new homes, by hiring mules, porters, and in partnership with Missions Aviation Fellowship (MAF) helicopters.

Having no prior knowledge about how to construct an earthquake resistant home, Sandu has taken what he has learned at the trainings and began to teach his neighbors and friends.

“I learned the banding technique, and so I started to teach them [my neighbors] how to make the wood banding. Some people didn’t think it was such a good idea to use wood, so I taught them how to make the banding stronger by interlocking the bands together,” explained Sandu.

Sandu is one of the 300 people who are rising up to rebuild their own communities. Through trainings and a bit of elbow grease, he has decided to take on the role of helping his neighbors restore their homes, in turn bringing joy and a hope for the future. “We are very thankful to OM.” Sandu said to one team member.  “We love them!” 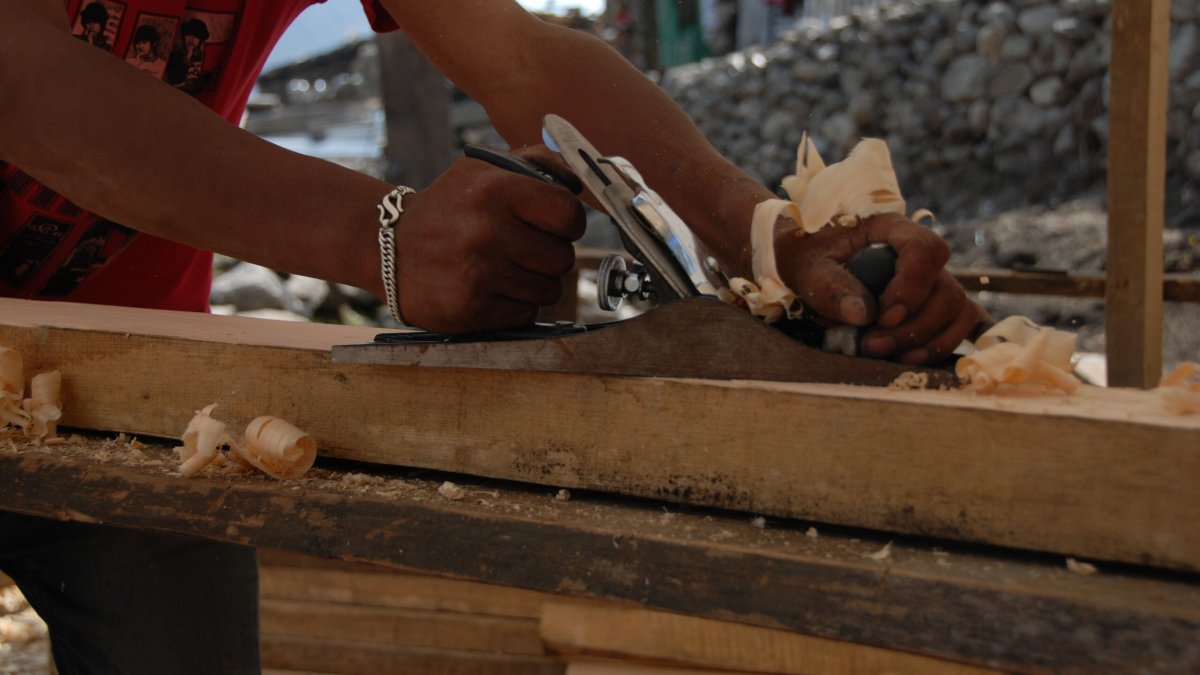 The villagers in Langtang are being taught a safer, more earthquake-resistant way to rebuild their homes. 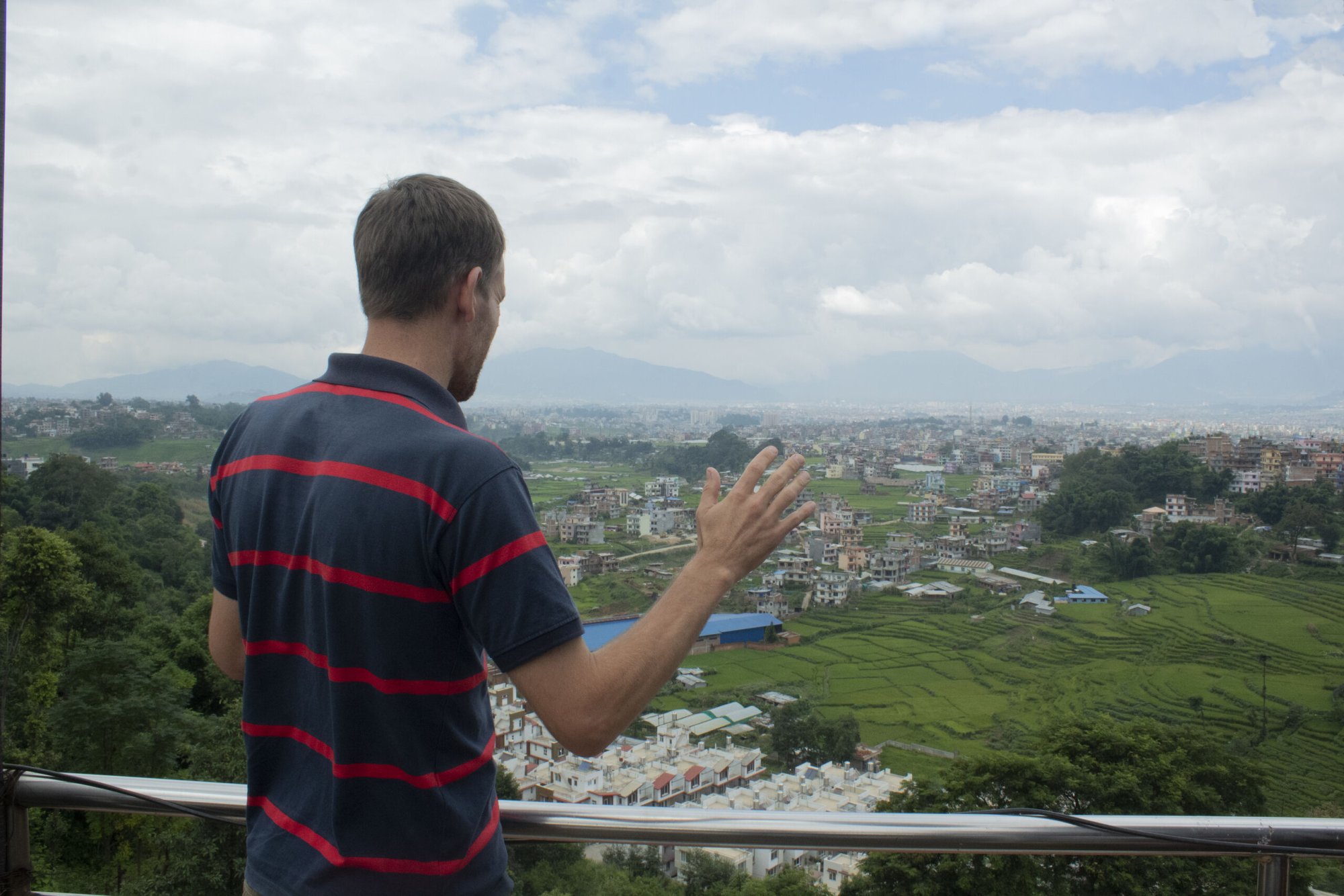 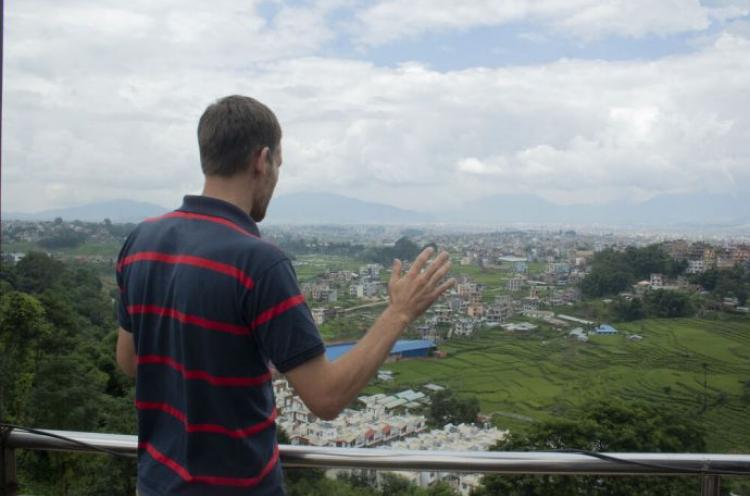 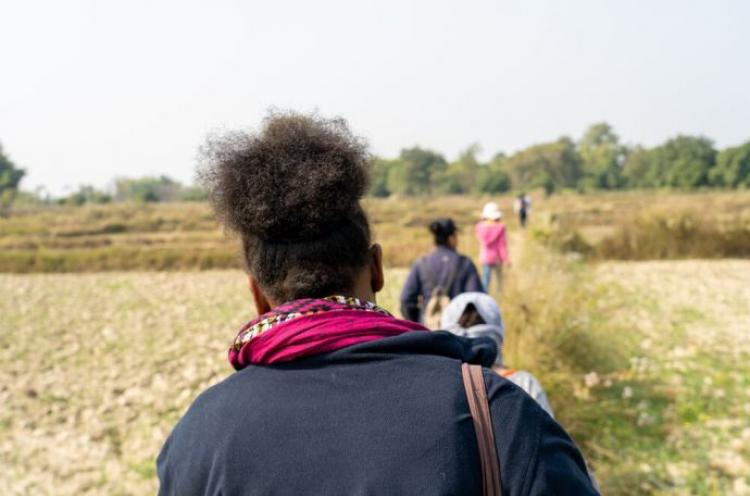