“I am thankful that me and my children are safe,” said Amina. A widow and mother of five, Amina and her family are from by the river in Mocuba, Mozambique. Though she said she was Muslim, Amina admitted she was not very religious.

A week before Cyclone Idai turned into a category four storm and flooded the city of Beira, it hit the area of Mocuba. Relentless rain pounded down on the area, making it difficult for people to go anywhere.

So loud was the rain and wind one night that Amina’s children moved from the bedroom they shared to their mother’s room, where they all sat together unable to sleep. Amina remembered feeling fearful and helpless as there was nothing they could do but wait out the storm. That night the side of the house with the children’s room collapsed. The next day, when everyone was out of the house, the remaining room crumbled.

Larger items that had been in the home, such as a bed and chairs, were salvaged and stored at a friend’s house. Smaller items suffered water damage and were mostly beyond repair. “I feel bad that my children lost their school books and belongings,” said Amina.

The family stayed at a neighbour’s house for two days before moving to a government-designated camp for those living along the river whose homes had been destroyed by Cyclone Idai. The white tent the family was given was one of about two dozen such tents surrounding a large tree.

The camp itself is situated on the outskirts of town—far from the riverbanks where Amina’s house once stood. The distance has proven to be a challenge. Amina—who used to buy peanuts and then cook and sell them at the market—can no longer work as the place where she bought peanuts is located on the opposite side of town. Her children, aged 5 to 18, must walk two hours to get to school, except for her oldest daughter, who stayed in town. The daughter has been staying with a neighbour so that she can sell peanuts at the market in place of her mother after school. Any profit from the peanuts gets sent to her family.

Others from the camp have already moved back into their damaged homes by the river, citing the distance from town as their reason for returning. The stretch along the river is known for flooding, and residents have repeatedly been told to relocate, but life by the water is what they know and what they return to.

After meeting Amina at the camp, the OM team has continued to meet with her, hearing her story and looking at ways to help.

“One thing that really touched me when we were talking to Amina was that when she was talking to us, she didn’t talk about food,” said Mutita Kashimoto, Field Leader of OM in Mozambique. “She talked about the future of her children, especially their education—and that touched my heart.

The OM team enrolled Amina in Tabitha—a Freedom Challenge project that empowers widowed and vulnerable women by teaching them how to sew quality items in order to be self-sustainable. The classes start middle of April. 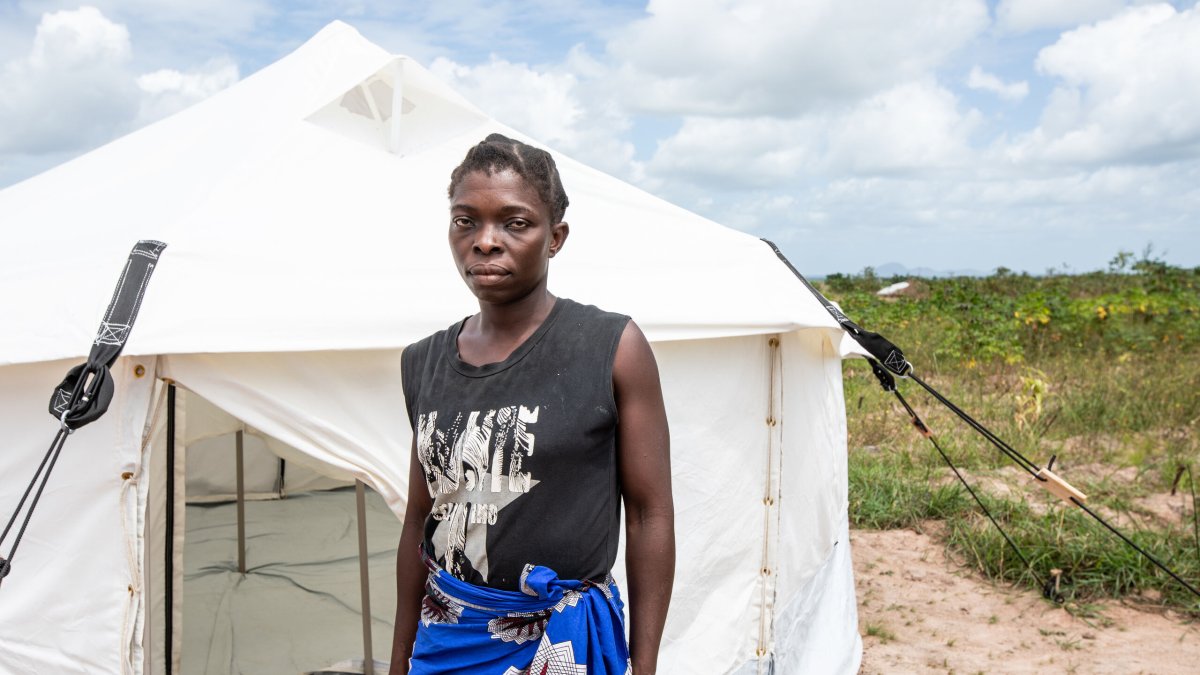 Amina, a widow and mother of five, by her tent. Amina's house, which used to be by the river, was destroyed by Cyclone Idai in Mozambique. She and her family have moved to a tent provided by the government on the outskirts of town. Photo by Rebecca Rempel. 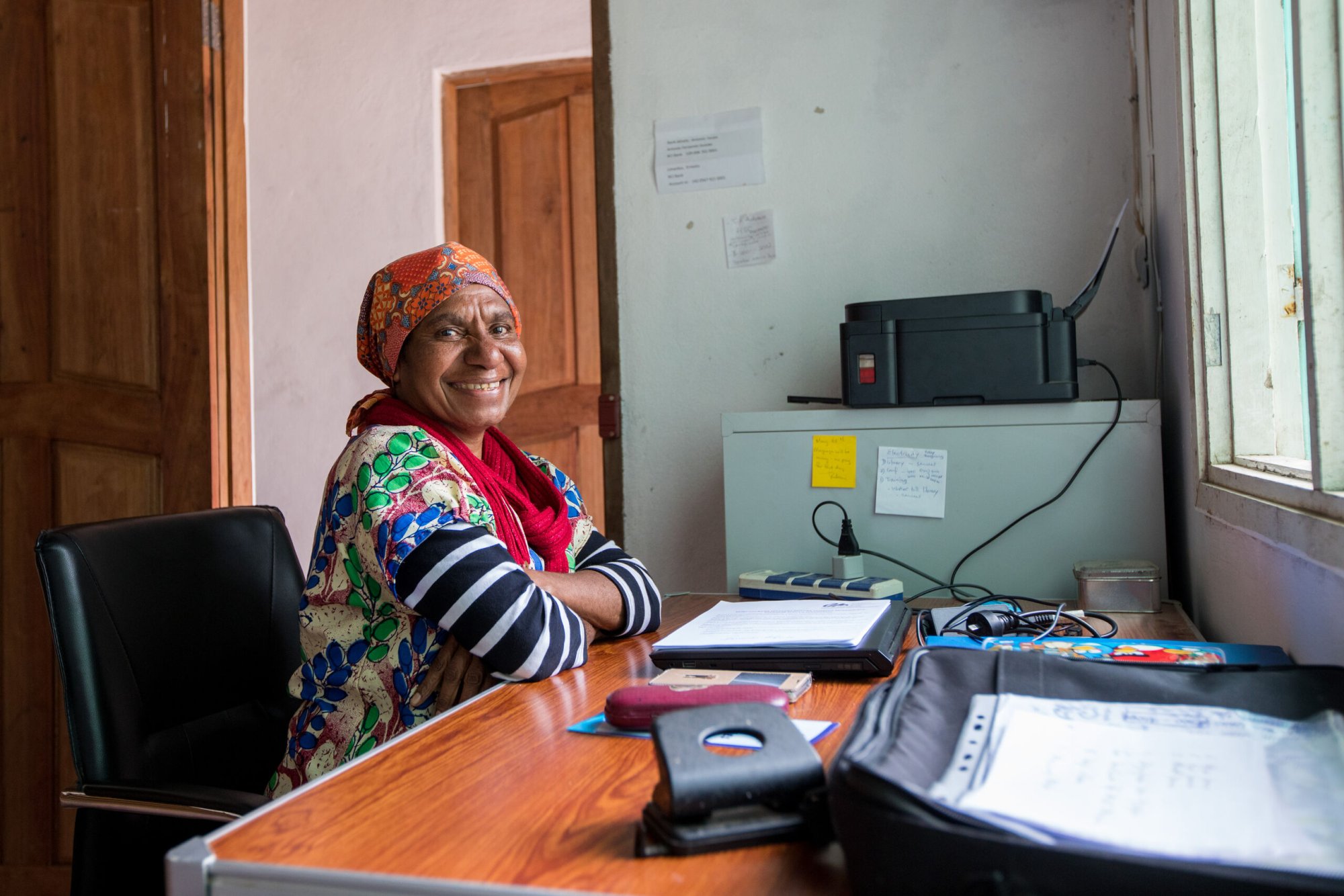 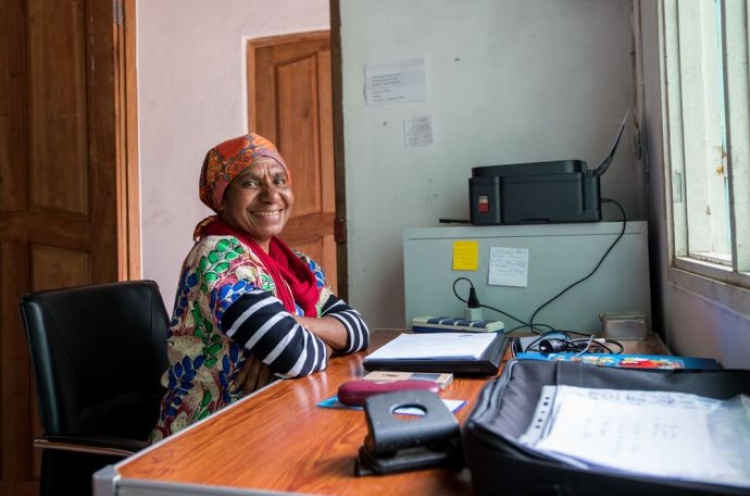