Vision in the valleys

“Open my ears to hear and my eyes to see what You are already doing.”

“This is my prayer,” declares Pippa*. “As I pray, I discover who He is and I realise afresh that it’s all about Him. He is the pioneer. He is already at work and he has invited me to join in. So here I am.”

Nine years ago, Pippa (32) left her home in the UK and joined in with what God was doing among Buddhist communities in the Himalayas.

Around the time she moved, the team were witnessing God at work; the vast majority of a village in the Himalayas turning away from their Buddhist heritage and towards Jesus as King. This was the beginning of God’s purpose for these villagers, and the culmination of significant, faithful prayer and Jesus followers sharing God’s love in this region over the years.

“Some of the people from this village are now nurturing new groups of Jesus followers themselves,” says Pippa, who is responsible for coordinating workers in this region of the Himalayas. Perfectly positioned, this lower valley – which now has a number of established churches – acts as a gateway to two further valleys where the gospel is barely known and not well received.

“There are about 9,000 Buddhists living in these two valleys and very few Jesus followers, most of whom are youth,” Pippa shares. “Our goal is to see these churches in the lower valley share God’s love in the valleys above, supporting the few young believers already there.”

The vision is big, but Pippa’s conviction is steady and certain. “God is faithful. He will do again what he has done before. And it begins with prayer.”

A foundation of prayer

At the age of 10, Pippa organised a group of friends to pray for a woman from church who was serving God in Japan. They gathered weekly for two years. Unaware of how remarkable this commitment was for a 10-year-old, Pippa simply explained that, “something moved in me to pray and keep praying.” The Holy Spirit was quietly at work, transforming her heart and growing her passion for global needs.

When in her early teens, Pippa’s immediate family - first her older sister then her parents - sensed God calling them to serve Him in Romania. Pippa’s first reaction was to lean back and dig her heels into the security and grounding of her present reality. She did not want to go.

Eventually, she sat and listened to God’s heart - risking that His desires for her would clash with her own - and she let obedience override her reluctance.

Three years in Romania were a dramatic turning point for Pippa. She loved living cross-culturally, and she saw first-hand the needs of communities who had little experience of the love of Jesus. But the reality of walking with Jesus rarely means that doubt and reluctance are banished in a single experience. After returning to the UK, God continued to call Pippa where she did not want to go.

Pippa’s nine-year commitment and steadfast God-given vision for the Himalayan region where she now serves did not come in an instant. Her first experience of working in the area for a few months after high school was marred by sickness and struggle.

Yet upon her return to the UK Pippa still risked praying, “Lord, where do you want me to go? What do you want me to do with my life? It’s yours. I’ll go anywhere.” Repeating this prayer throughout her early 20s, studying world religions and training to teach English as a foreign language (TEFL), Pippa was preparing herself to live among the least reached.

“It was with stubborn obedience that I eventually moved back to the Himalayas,” Pippa laughs, with refreshing honesty, “I was willing to go anywhere… just not back to the Himalayas. But all the doors were wide open. I could not deny it!” A direct invitation to teach English as part of a new café ministry just as she finished her TEFL course was the final prompt she needed from God.

“When we trek up to the valleys where we minister, there is a change in the atmosphere,” Pippa describes. “You feel the oppression, and each day spent there is full of spiritual battles.”

She explains that Buddhist religion is dependent on performing good karma to secure the next life. There is a constant undercurrent of anxiety and hopelessness.

“I found every visit to the valleys exhausting,” she describes with heavy recollection. “Until I was gently, yet poignantly, challenged by my mentor – the same lady I’d prayed for while she was in Japan many years ago. ‘How are you praying for the Buddhist people?’ she asked.”

“I realised that my prayers themselves were heavy – crying out to God for the hopelessness of the people we served and petitioning Him to break the bondage that held them.” Pippa’s prayers were honest and heartfelt but burdened her. “Why don’t you try focusing your prayers on who God is?” her mentor suggested.

This was the moment everything shifted. Obedient service became joy-filled, love-inspired, compelling service. “I began praying God’s promises over the darkness and declaring His victory. I worshipped Him more.” Pippa describes how God began to grow her heart for those she served as she fixed her eyes on Him.

Challenging seasons continue to come – the battle is evident as the team in the Himalayas have faced the effects of natural disasters and devastating loss within their core team. But joy remains a defining factor of life and ministry, even amidst crises.

“This year we have felt challenged afresh as a team to take a step up in our prayer and fasting,” Pippa shares. “We must intercede for the people we serve. God is already opening doors and softening hearts.” 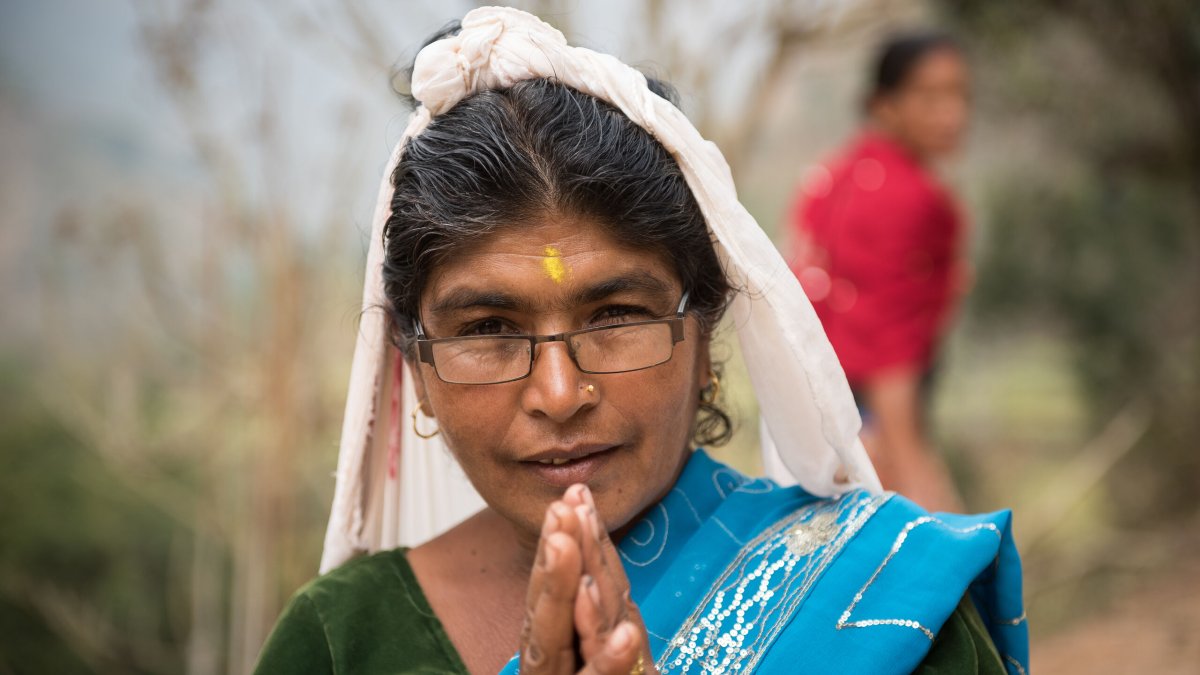 A Hindu Nepali woman on the back roads of Nepal. 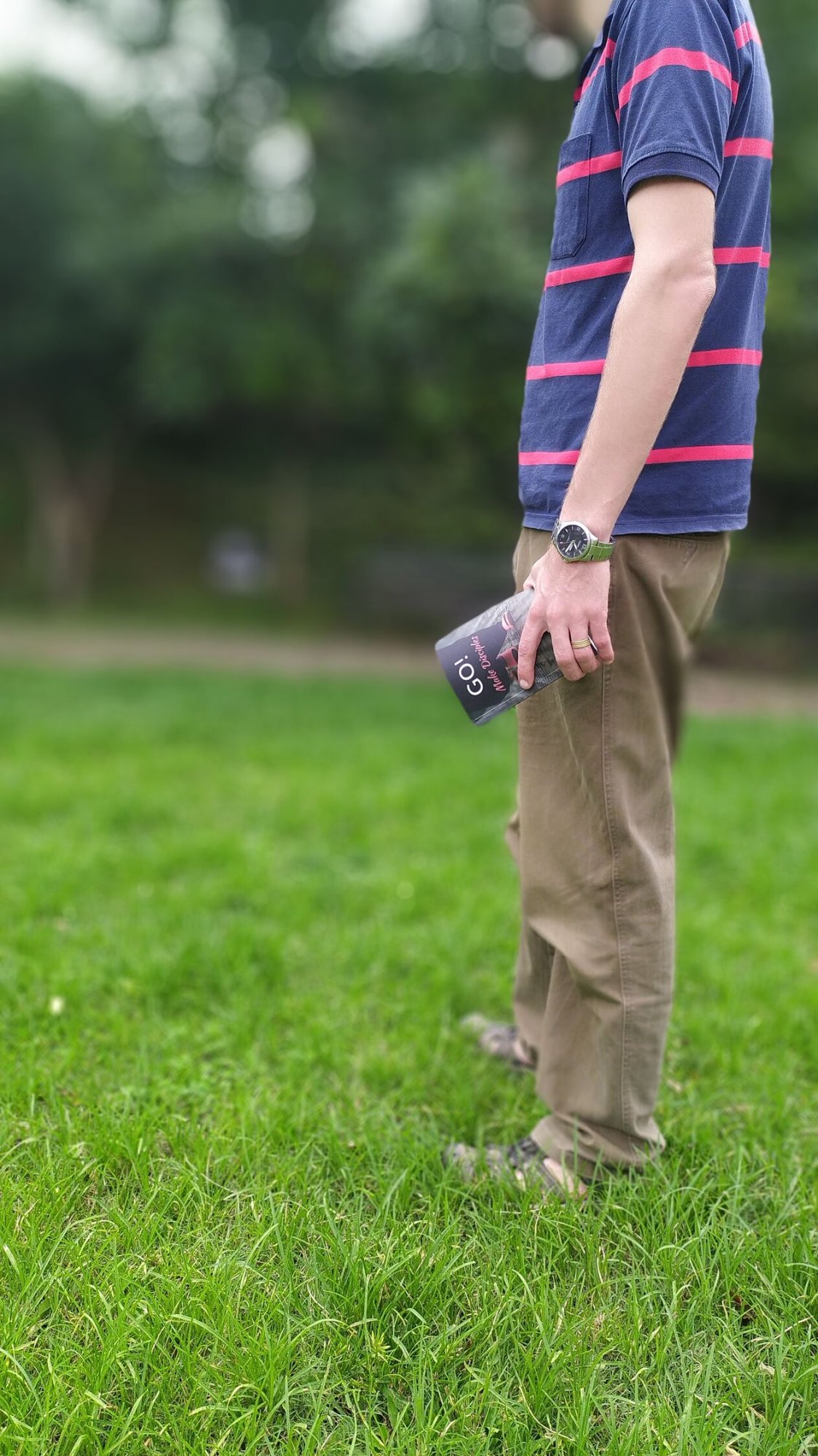 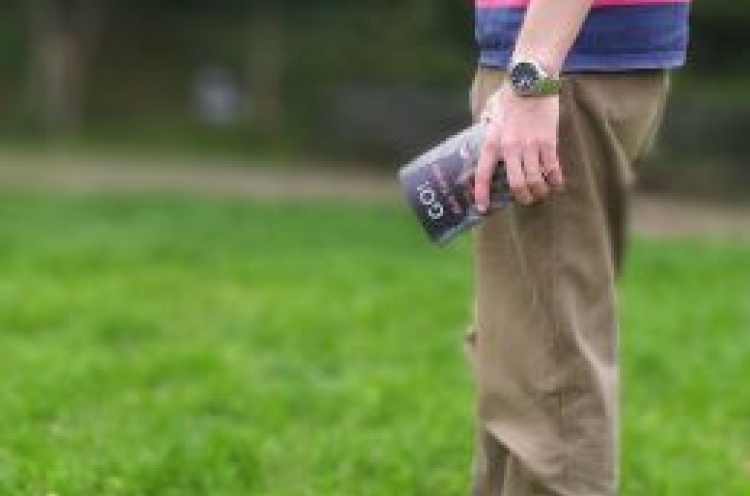 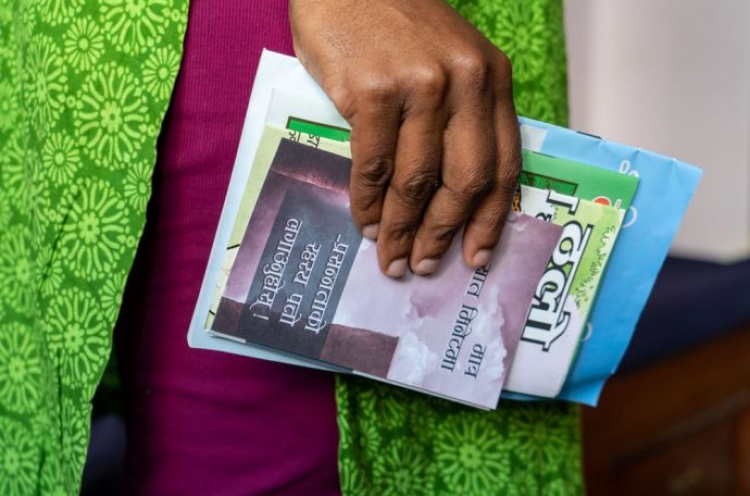