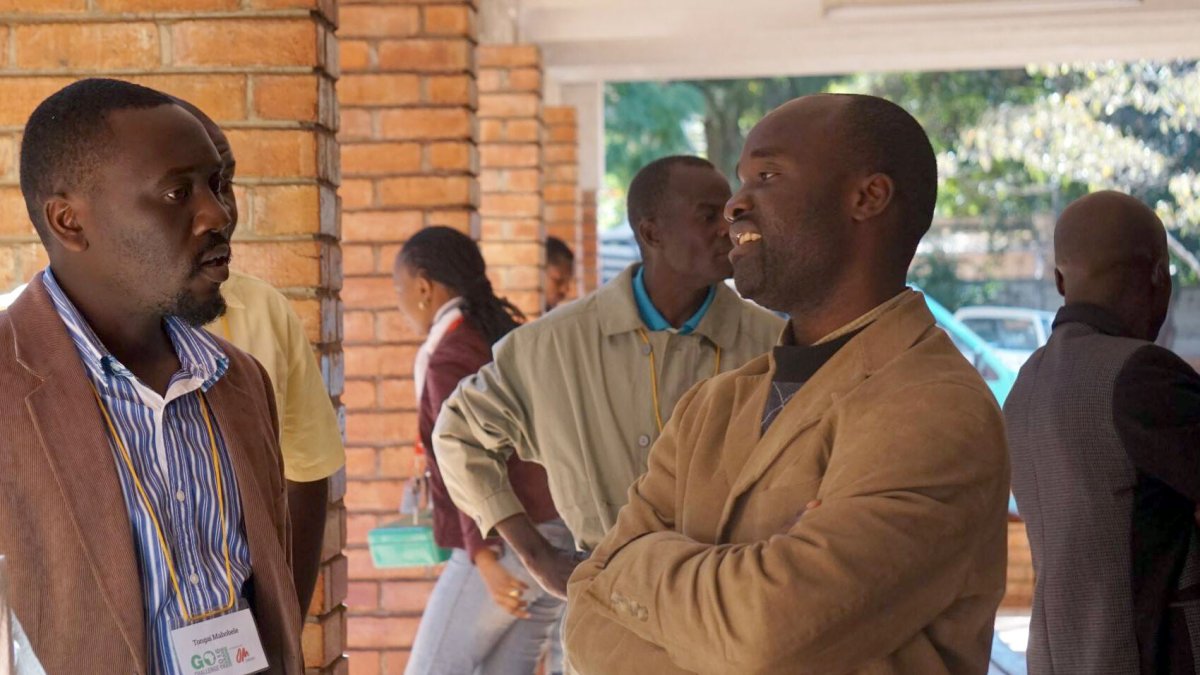 Tinashe, right, speaks with a participant at the GO Challenge in Zimbabwe. 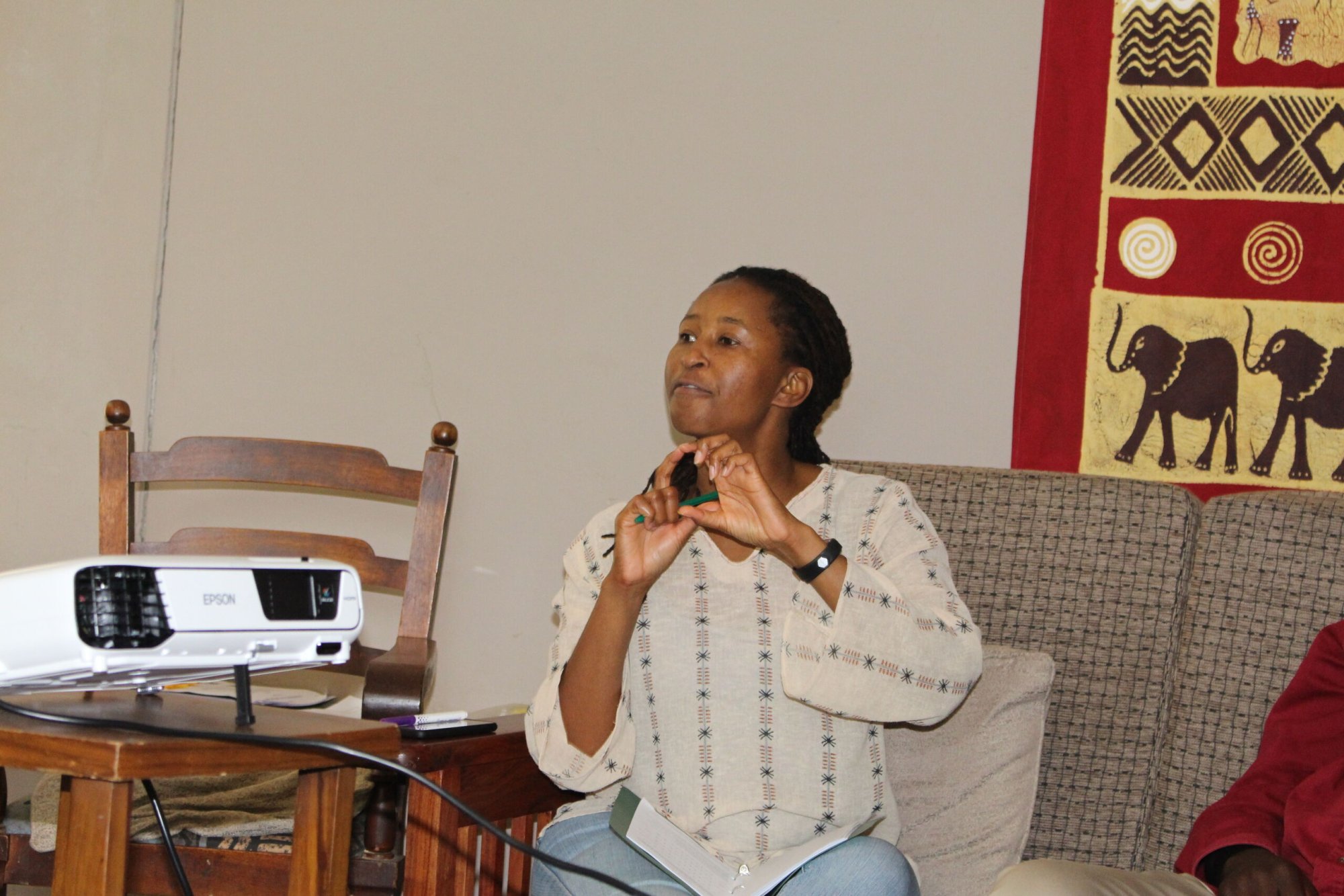 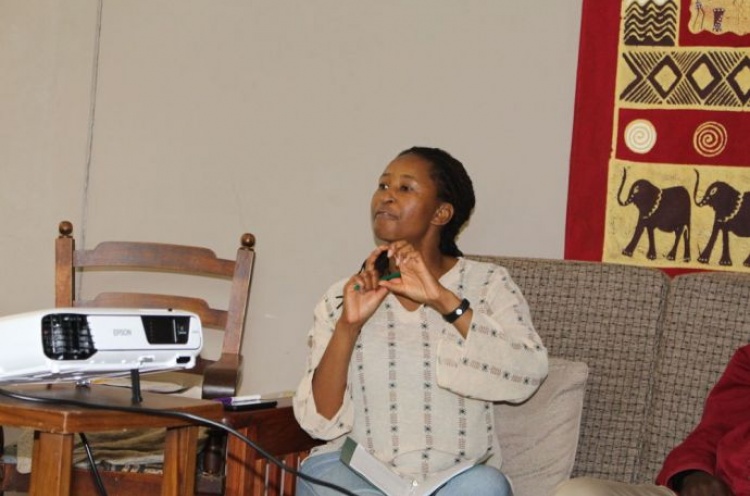 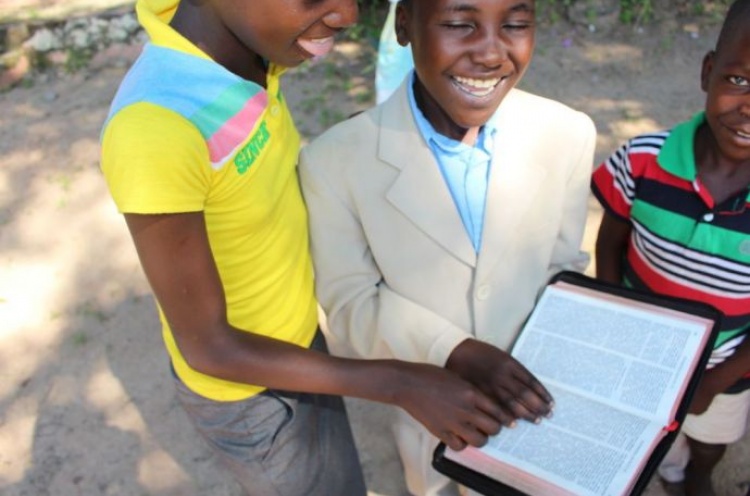 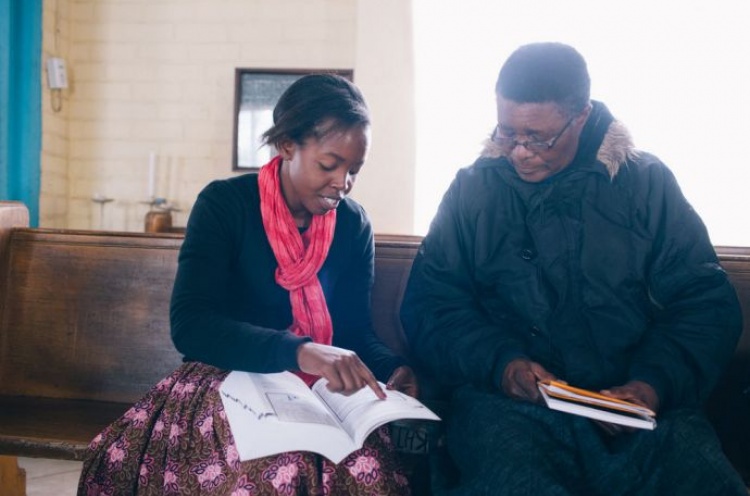