The Designer and the designed

Erin grew up in a small town in Kansas, US, that was surrounded by fields and had a main street only one mile long. Her faith began at an early age, but she had never considered sharing her faith with people in other countries who had never heard about Jesus. “I'm very introverted and shy,” she described. “I can't see myself being an evangelist on the street or planting a church, so I never thought I could be a missionary.”

A place to serve

It wasn’t until her freshman year of college, when she heard of graphic design internship opportunities at a missions’ conference, that Erin realised her skills could fill a need. Although the idea of putting herself in a role she thought only belonged to naturally extroverted people still seemed daunting, the nudge toward using her design skills to build God’s kingdom followed her throughout college. Looking back to her senior year of high school, when she first discovered her love for graphic design, Erin sees that God was leading her in this direction even then.

“I was never doing this to make money; I’m doing it because I enjoyed it,” she said, explaining that it never entered her mind to use graphic design for her gain. “That was God saying to me: ‘You’re going to enjoy what you do, and there’s a place for you in missions.’”

Encouraged by her team leader, she realised, though, that she had been led to fulfil this need as well. In this role, she makes sure projects move smoothly, helps designers with each step of their process, liaises with partners in the field and uses her eye for detail in design to make sure projects are consistent and finished well.

“OM showed me this project manager organisational side that I didn’t know I had and, again, I enjoy it," she said.

A people to serve

Designing for people groups with limited access to the gospel and Christian literature, and creating resources that fit alongside a unique culture, draws Erin closer to her own design as well. It requires attention to detail, colour, research, noticing patterns and stepping away from what she thinks is best— letting God’s design of each people group and culture guide her work.

“It's not about me and what I like. It's about what they like and what will appeal to them and make them want to read the book and share it with others,” Erin says.

As Erin oversees and completes projects for least-reached people groups, she points out that she and other native English speakers often take for granted the countless books and Christian recourses available in their language. To be able to create something for a person’s unique culture and “heart language”, she says, is exciting.

“Just show them that God knows their language—His stories are in that language as well,” she explained. “He knows you, your language, and your people group, and you're not forgotten, especially by God.”

A call to serve

Erin describes her role as a part of a supporting team, now working remotely in her hometown after three years based at the office in Europe. Reflecting on her path from college to OM, she never would have envisioned this role as a possibility.

“Doing graphic design in missions is something I never knew about,” she said. “And I think it's important for people to know that missions isn't just planting a church or doing evangelism on the street.”

God’s faithfulness to show Erin how to use her passions to build His kingdom—and the work He is still doing though her to impact communities with graphic design—have built in her a confidence in God’s guidance for her life over the last eight years.  As she encourages others to pray about using their unique gifts in missions, she says, “I think it's just amazing, because I was not the person that would do this, but He gave me so much courage and peace and bravery.”

Operation Mobilisation is dedicated to the diversity of their workers, using their unique design for God’s story. The MediaWorks team currently has openings for in-office jobs near Vienna or remote work in graphic design, software engineering, IT support, storytelling and script writing, bookkeeping, administration and more. To learn more about how your passions can be part of God’s mission, visit the OM MediaWorks website: 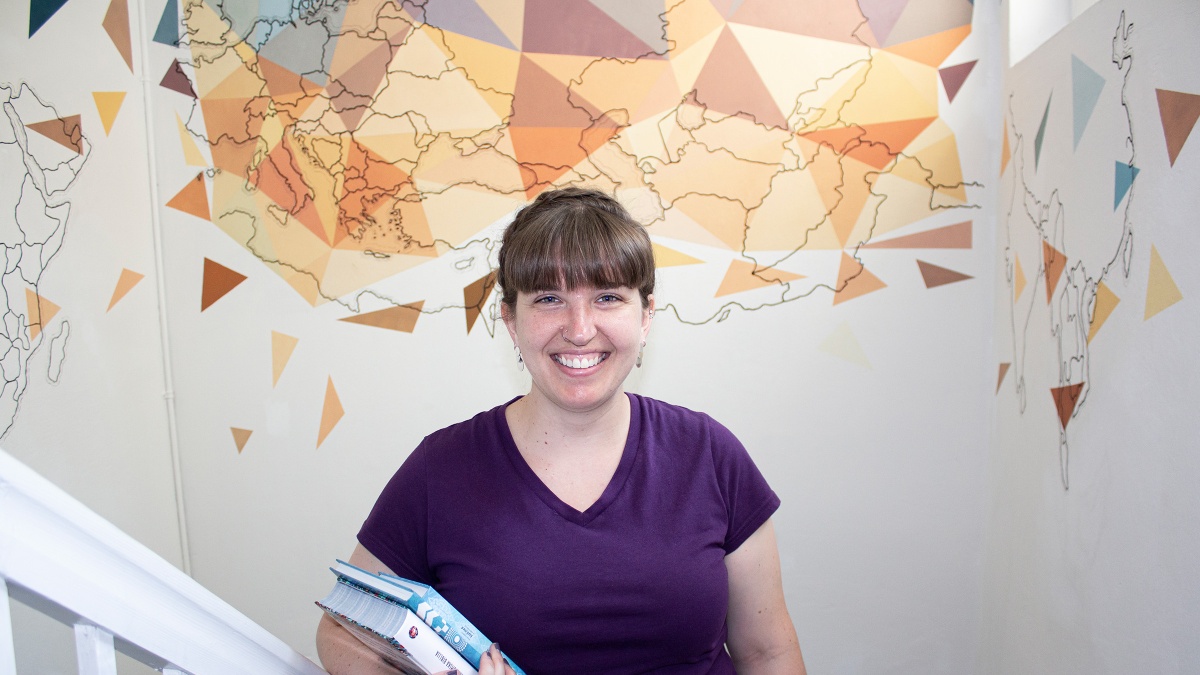