From Afghanistan to Australia

From the time he was eight years old, Fred* had questions about God. “Who is God? Why can’t we see God?” he asked his father and grandfather.

“Nobody really gave me a good answer,” Fred remembered. “Still my question was, ‘Why can’t I see Him?’”

In 1978, the majority of Afghan people started to fight against the government, protesting the revolution and occupation by what Fred termed the “red army,” USSR presence in the Afghan government and military. “We called it jihad. It means holy war,” he said.

At age nine, Fred watched his uncle and cousins join the jihad. Fred was too young to fight, but he strongly supported the majority group. When he was ten, Fred asked the religious teacher at his school another question about how to see God. “If some infidel people come [to] an Islamic country, and people start jihad against them and are martyred…can they see God and go to paradise?” he wanted to know.

As soon as he graduated high school, Fred joined the majority militia. “This was my plan: to be a martyr and go to heaven and see God,” he explained. Impressed by Fred’s physical fitness and bravery, the commanders offered him a position overseeing 10 men. Later, after he completed a sensitive attack, they put him in charge of a weapon storage area near the Iranian border.

Jesus in the Qur’an

High in the mountains, Fred had time to read books and study. Although he had read the Qur’an previously, he hadn’t understood its original Arabic. Now, he had a copy of the Qur’an translated into his own language. “Through the Qur’an I found Jesus Christ,” he exclaimed. “All other people died, but Jesus Christ is alive!”

“Who is Jesus, son of Mary?” Fred wondered. A few weeks later, Fred had a dream. A person wearing a white robe stood across from Fred on the other side of a huge dark chasm. Fred couldn’t see his face. “He was a like a light,” he described. The person spoke to Fred: “Come to me. Come to me. Come to me.” But Fred could not bridge the gap.

The next day when Fred woke up, he was confused. During breakfast, he shared his dream with his friend, a mullah (Islamic teacher). “You had a really important dream,” the mullah told Fred. “You saw the Mahdi, the last leader of the Shia Muslims.”

“You will be martyred very soon,” he added. The mullah’s interpretation and prophecy troubled Fred. First, the person in his dream did not match other descriptions of the Mahdi. Secondly, Fred wanted to find the figure in his dream before he died. “I was pretty sure He was Jesus Christ,” Fred admitted.

When Fred woke up, he found himself in an Iranian hospital. “We saw from the other hills, you crashed down from that hill, but we found you at the top of the hill. How did you come [up]?” his friends asked.

“I don’t know,” Fred told them. “But I felt some person was with me, the person I saw in the dream.”

Three days after his hospitalisation, Fred was approached by commanders and asked to return to the fight. He said no. They offered him more money and a higher position. After Fred declined those incentives, they used shame. “We are sure that you are afraid,” they accused.

“No, I want to go back to my family,” Fred replied. He joined his parents, who were refugees in Iran. Then he began searching for Christians. He found a church and knocked on the door. A small window slid open. “What do you want?” a voice asked.

“I want to know about Jesus Christ,” Fred said.

“Go away,” the voice responded. “We don’t have time. That’s very dangerous.” The window slid closed. Fred knocked again five times, persisting until he received a slip of paper with a phone number. Through that number, Fred contacted a Christian man who invited him to his house.

That man tried to answer Fred’s questions about Jesus, “but after some months, I was like a one-month-old baby in the faith, but [he] gave me very strong steak, very heavy food, and that was difficult for me,” Fred said. He, “told me Jesus Christ, Son of God.” Although the man tried to explain, Fred could not accept the concept, rejecting the theology.

Later, Fred moved to Dubai for work. For the next 15 years, “sometimes I was a Christian, sometimes I [was] Muslim, sometimes nothing,” Fred said. “But I never was able to forget Jesus Christ.” Still, Fred felt Jesus asking him, “Where are you?”

Eventually, Fred went back to Iran, got married, and finally, returned to Afghanistan. There, Fred managed a business frequented by Westerners. One woman stood out, though. Finally, Fred approached her. “Who are you?” he asked. “You are different.”

“Fred, I am a Christian,” she responded. “I am a believer, a follower of Jesus Christ.”

“All white people are Christian,” Fred replied. “Look, some of them [wear] a cross!”

“No, Fred, all the white people are not Christians,” she countered. “If we do not give our lives to Jesus Christ, we are not really Christian.”

On 4 January 2004, Fred read Matthew 10:32-33: “Whoever acknowledges me before others, I will also acknowledge you before my Father in heaven” (NIV).

The passage shocked Fred. “I was a silent Christian,” he said. He believed in Jesus but was afraid to tell his wife, afraid he would lose his children. For more than two hours, Fred knelt on the office floor, crying. In his mind, he saw his life play out like a film, “how I’m bad and how Jesus Christ is good with me.”

When he came out of the room, he went straight to his friends: “From today, I am a Christian. I want to tell you about Jesus Christ. He is alive. He is the right way.”

During that time both Fred and Mia attended Bible college. The school was good, but life was dangerous, he commented. Sometimes, Fred simply parked the car on the side of the highway, so the family could sleep. In 2011, after receiving another death threat, Fred applied for asylum from the UN.

Within eight months, Fred’s family procured visas to Australia. “Since the first day we arrived in Australia, God used us with our case worker,” Fred shared. When Fred told the case worker he was a Christian, the case worker asked whether he had a Bible. “Yes, I have a Bible in your language,” Fred said, gifting the man God’s Word.

In 2014, Fred joined OM Australia “and God is using us everywhere here in Australia” to reach out to Muslims, he exclaimed. “Praise the Lord for this opportunity God gave us.” 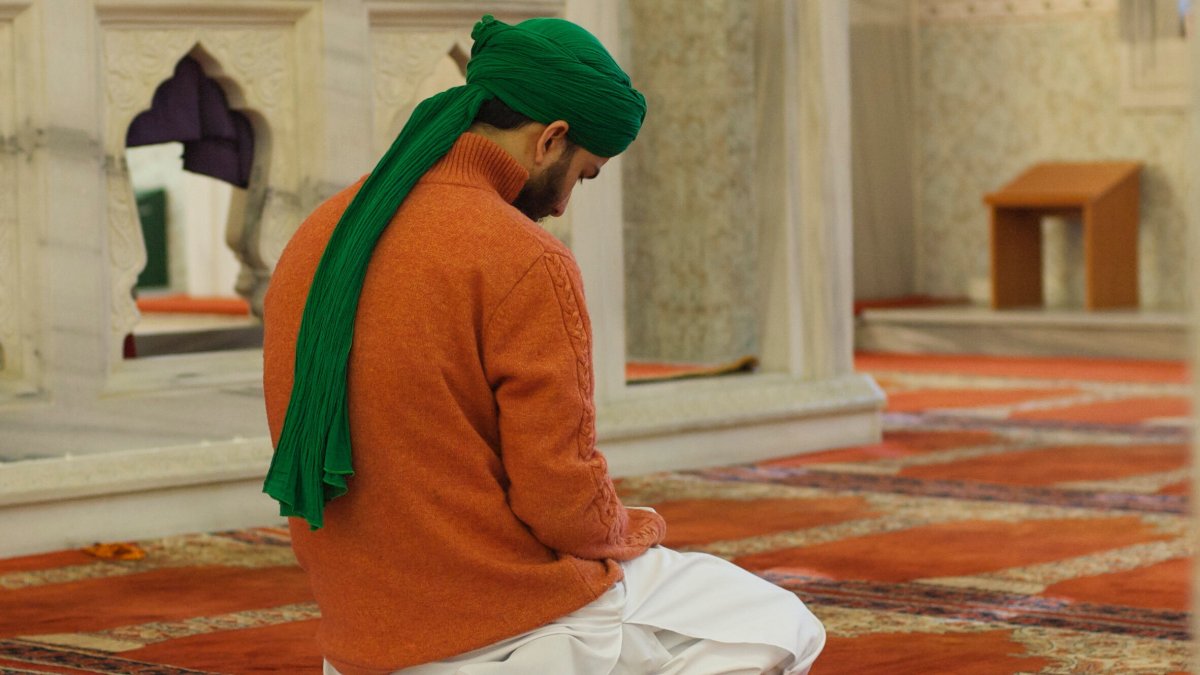 Pray for Muslims across the region who are seeking God, to receive the Bible in their own language.