A hospital in Guayaquil has a section reserved for children with serious illnesses. Logos Hope's crewmembers visited children there who are HIV positive; some of whom are also living with AIDS. The team was accompanied by Candy Arteaga, who works with OM in Ecuador and visits the children on a weekly basis.

The crewmembers wanted to express God's love and care to the children and parents at the unit. Dressed as clowns, they performed a drama that got the kids laughing. The message it conveyed was that their value is not defined by how they look or by their circumstances; but that in the eyes of God their value is such that Jesus, the Son of God, would die for them.

One of the volunteers, Bogdan Pavlovic (Montenegro), who is understood to be the first Christian to have come from his country to share the Good News in other lands, said, “It was nice to see smiles on their faces when they saw us dressed as clowns. We brought them joy, and this touched my heart today. I think we helped them in a way.”

Bogdan told the children about his own life. He was a child with special needs who had been told that he would never be able to walk, and that he would die by the age of 15. Through prayer for a miracle, Bogdan started walking and getting involved in sports.

Bogdan is now 21 years old and said he wanted to show the children and parents, through his own story, that miracles do happen through prayer and faith. Having grown up with health issues himself, he could relate the hope he had found in Christ. “Whatever they need and whatever their struggle in life, if they pray and seek God, He will answer at the right time,” Bogdan said.

The volunteers played games with the children and spent time with them individually, giving them cardboard models of Logos Hope, which they built together. One mother said, “I would like to thank you for your presence and for your message.”

As they were leaving, a 10-year-old boy handed a note to one of the crewmembers, which read, “I love you very much.” 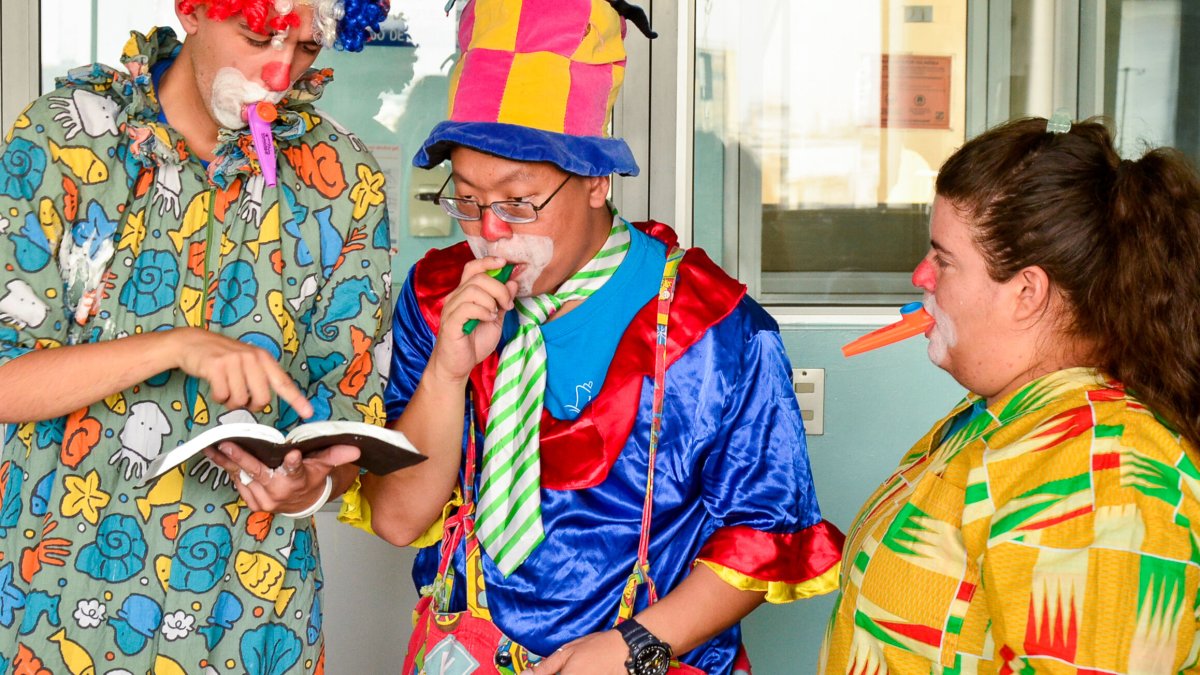