Deeper into the mountain

Five people set out to make the trek through the mountains to San José Cabécar. Among them was OM worker Diego and local friends Angela, Enrique, Luis and Anthony. The trip usually takes a day and a half of hiking, but due to continual rain, this time it took two full days and a few hours. The team brought medications donated by a few medical providers in the capital of San Jose as well as bags of rice and beans and a few candies to distribute. Each day the team stopped along the way, greeting families and praying with them, and sharing a little about the journey. There were quite a few God-given opportunities to learn more about the culture and share the gospel along the way, they reported.

On the previous trip, Diego had shared a story from the Bible with a couple in whose home he spent the night. The husband had asked if he would share more later. On this trip, Diego visited them again and shared more about Jesus. The husband told Diego that he had heard about Jesus from Catholics, the Baha’i and Jehovah’s Witnesses who have passed through the area, but he had never heard it explained like Diego presented the message. He said it was different, more real, and he was eager to hear more the next time Diego passed through. The group ended the night with prayer together and went to bed.

Along the hike, the team had the opportunity to stay with a family who believe the Baha’i religion. While the group was sharing with the family, a gentleman walking by stopped. He asked Diego why he was there and told him that, because he was not indigenous—of the Cabecar or Bribri tribes—he was not welcome in the area.

The second evening, the team stayed in a communal, a community gathering space with one room and a large porch space. The home next door belonged to the same man who had spoken to Diego about not being welcome in the community. He was, in fact, the leader of that community. That night he came over and spoke more with Diego, leading to a change of heart at the end of their time together and a new acceptance of his gringo, or foreigner friend. This was God’s providence and the beginning of an open door for relationship.

In the daytime in San José Cabécar, the team went to visit Angela’s brother, Javier, on the way to visit her mother. Angela introduced Diego to him, and Javier became upset. He stated that nonindigenous people were not welcome, especially Christians, and that he should be asked for permission for any guests.

Angela’s mother, Ermelinda, considered the most well-known witchdoctor in Talamanca, greeted her daughter and the team and served them a meal of camote, which is a root vegetable similar to a sweet potato. After the meal, she turned to go inside her home. Diego asked her if he could enter and speak with her. She said no, and repeated that no nonindigenous person could enter her home, as it was a holy place. Later in the day, she described having great pain in her body, and Angela offered that Diego could pray for her. Once again, she turned down this request.

In these Talamanca communities, people speak their native languages, not Spanish. Enrique is a local Cabecar man from the community of Sibuju where the OM base is in Talamanca. On this journey, he was sharing Christ with others in their native language of Cabeca. Diego commented that this was very special to witness, as Enrique came to Christ and has been mentored by OM workers.

Through these trips to the deep and remote places of Talamanca, OM hopes to open the door to indigenous communities and start relationships started with those along the way. The heart of OM is to see people from the Cabecar and Bribri tribes who have been transformed by Jesus Christ sharing the message of hope in their communities.

Pray that Angela’s mother, Ermelinda, would accept the message of Jesus Christ and be saved. Pray for God to reveal Himself to people, like the husband who hosted Diego in his home, who hear about Jesus from OM workers and believers passing through their communities. 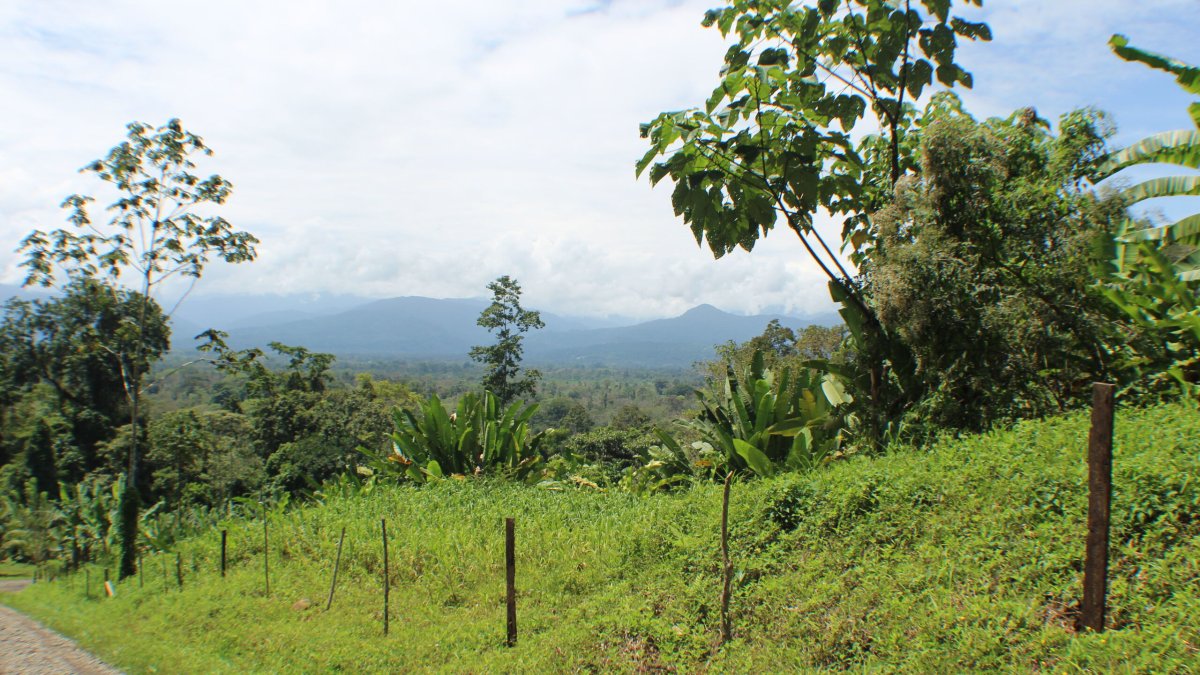 The view of the mountains in Panama from Talamanca, Costa Rica. 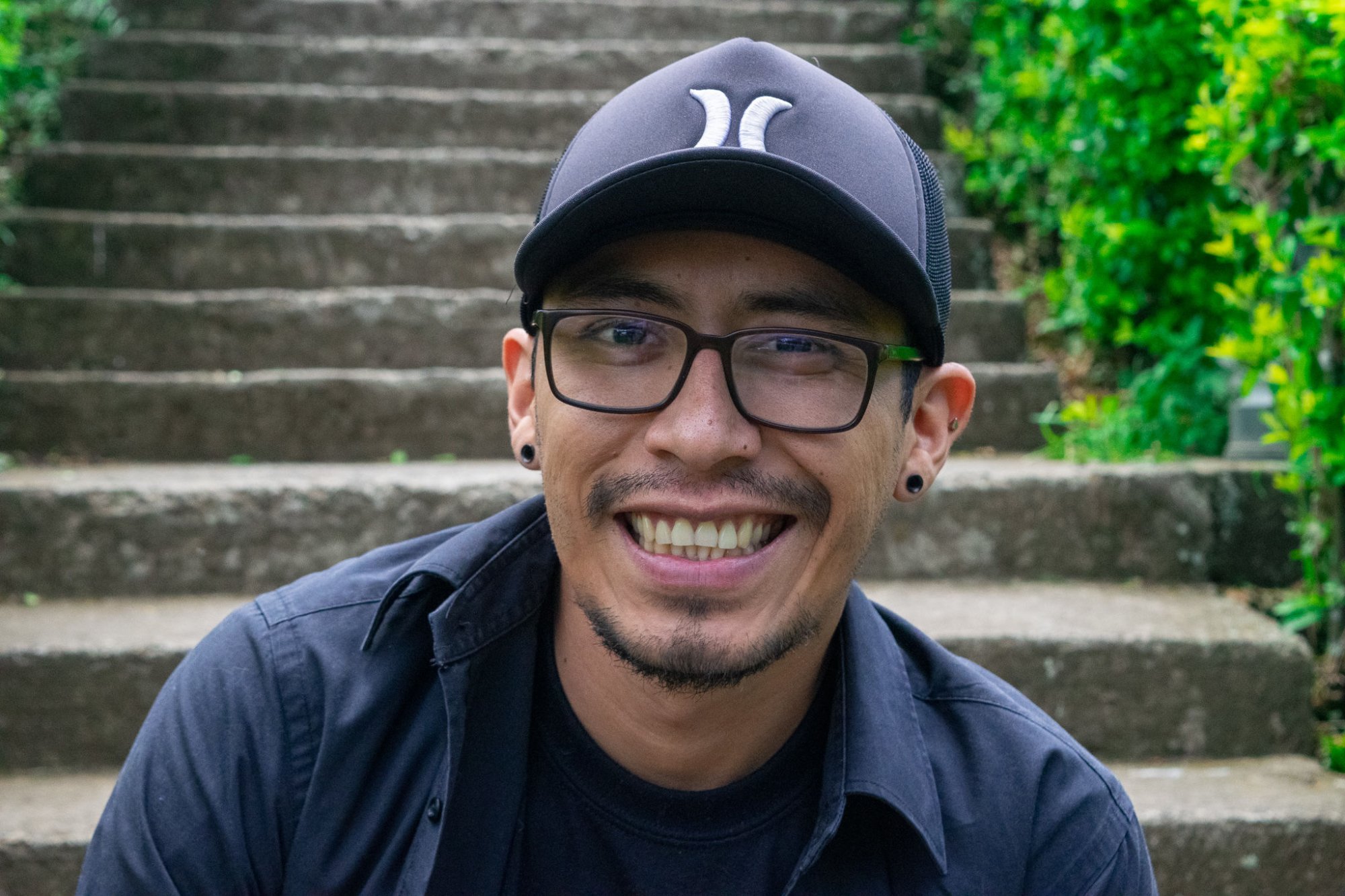 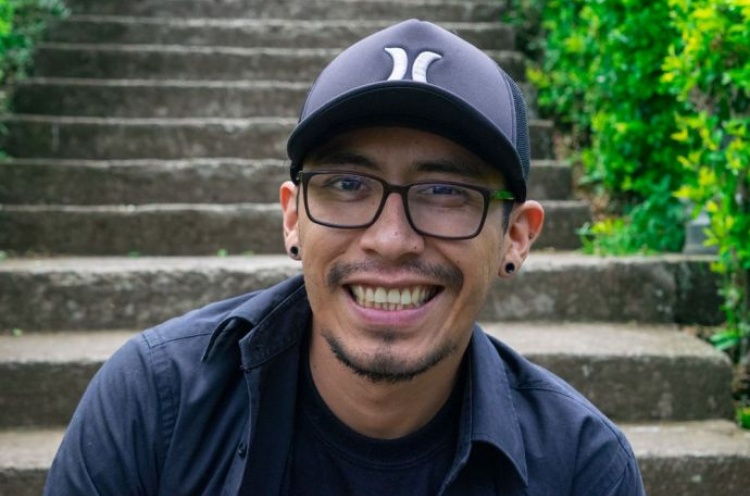 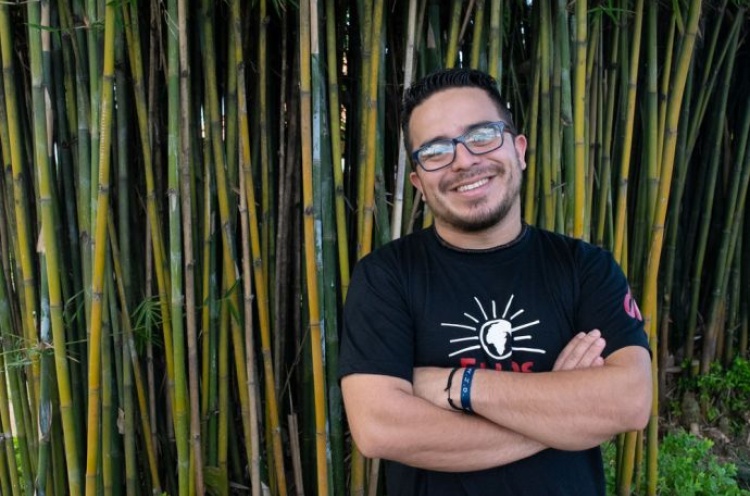