No coincidence: an answer to prayer

An affectionate welcome was given to Logos Hope as the ship was opened to the public in the country of Guatemala for the first time.

The mayor of Puerto Barrios, Hugo Sarceño, said he felt his heart “overflowing with joy due to the presence of the Holy Spirit.” Mayor Sarceño said that, upon taking office at the city hall, his first goal was to declare Puerto Barrios “God´s land, because we believe that without God, nothing can be done and without God, there is no reason to live.”

“It is no coincidence that this ship is here today,” Mayor Sarceño continued. “We have prayed a lot for the education of our children, for the culture of our people, for the help our whole town needs and Logos Hope does all these things. That's why I think God has heard our prayers and that's why you're all here; it is a blessing for our people.”

Captain Samuel Hils (Germany) told the guests that staging the visit of a vessel like Logos Hope is not a one-person job: “I know that our advance team has already received a lot of help from the port authorities and the municipality to make this visit possible. We all work to bring this ship to the port and we do it together for the glory of God,” he said.

After speeches, the mayor and the captain of the port joined the ship’s director and captain in cutting a ribbon to officially open the world’s largest floating book fair to the public in Puerto Barrios, where Logos Hope will spend the coming two weeks. 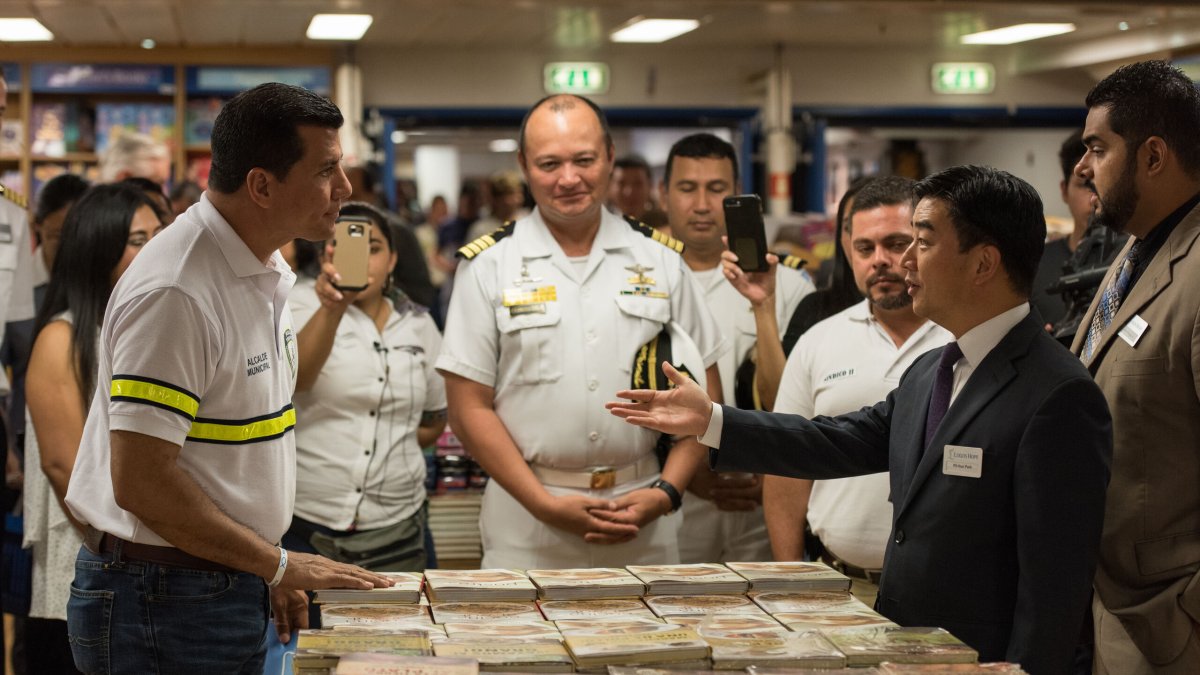