“I was a thief. I thought I was too bad to deserve God’s love. Now my life has been touched by God and [I’m] even able to live it for others,” said Peter Chila with a great smile.

Growing up in a poor family of 14 boys in Zambia, Peter had to fight his way to survive. Meeting his daily needs was a struggle, not to mention finishing his education, and as his hope for the future turned to dust, Peter began stealing to sustain himself.

One night, he and his friends were looting in the mines for copper when Peter heard the sound of a gun. Bang! While running away from the police, he felt something hit his back and dropped to the ground unconscious. Awakening in the hospital, the first thing the doctor said was: “You will never walk again.” The bullet had travelled along Peter’s spinal cord and exited under his arm, very close to the heart. The doctor didn’t think Peter would live long.

Paralysed and lying on his hospital bed, Peter believed his life was shattered. He wondered how he could carry on his life if he had a disability, especially due to the crimes he had committed. “I was full of regret and sorrow,” Peter recalled of his first few days in the hospital.

An evangelist visited the hospital and shared the love of God with Peter, though it took a while for the message to sink in. “I thought I was too bad to receive God’s love and there was no hope in my life,” said Peter. The evangelist did not give up though and constantly visited, explaining to Peter how people were all influenced by sin and that that was the reason why Jesus had come to earth. “Jesus came to save and seek the lost like me,” Peter explained, sharing how God opened his heart to the reality that Jesus loved him –– even when he was sinful and lost.

Receiving the love of God into his heart, Peter was overjoyed by the newfound hope and felt an indescribable peace for the first time in his life. His journey with Jesus started right at the hospital as he could not keep his faith to himself and began sharing the good news with other patients.

Three months in the hospital changed Peter from a man in total despair to a champion for God’s love. The doctor admitted Peter’s life was a miracle; though he could only slowly drag his legs, Peter was able to walk. Being released from the hospital was just the start of his new life.

The cultural beliefs and stigmas where Peter lives lead people to despise those with disabilities, he explained. Many children with disabilities are hidden at home because they are seen as a curse and a cause of shame for the family. For Peter, he not only had to face the stigma of his disability but also the mark of his past in the community. “Every time I felt hopeless, the more I felt the presence of Jesus in my life,” said Peter. “I started serving at a local church, and it gave me hope. My passion grew.”

Peter was invited to attend an OM conference in Africa. There, he found the family he longed for and realised he wanted to do more than serve the local church. He did leadership training through OM and ultimately met his wife Brenda, who had a passion for helping people living with disabilities.

Their vision is to bring the light and love of Jesus to those with disabilities through the OM-run Bethesda Mercy Ministry. Peter joined the team when Bethesda was the first school for children with disabilities in the province. The school provides teachers, occupational therapists and teacher aides to teach children how to read and write, all the while showing them the love of Jesus.

Since 2014, Peter, who himself is a living testimony of God’s love to those with disabilities, has been leading Bethesda Mercy Ministry. From a handful of students in the beginning to around 70 students in two schools in 2020, God has touched many lives that were once considered untouchable. Peter enjoys raising awareness for the disabled community and mobilising more people to join the cause. “Without this school, these children would never have been educated,” he said. “This school has helped the community slowly start accepting these precious souls.”

Peter not only rejoices as a child of God but as a vessel in sharing His love. “I smile when I see the lives God has impacted through my life,” he shared.

Due to the new coronavirus, all the schools in Zambia have been closed. For the students in Bethesda schools, they not only lose the opportunity for education but also the nutritious meals they receive every school day. Currently, the Bethesda Mercy Ministry team is raising money to deliver food and basic hygiene packs with soap and masks to the families of the students, with the goal of providing each student with one nutritious meal per day. The first COVID-19 case in Zambia was diagnosed in March. A challenge the country is facing in rural areas is the incorrect belief that the new coronavirus only impacts those who have travelled abroad or that it doesn’t even exist. 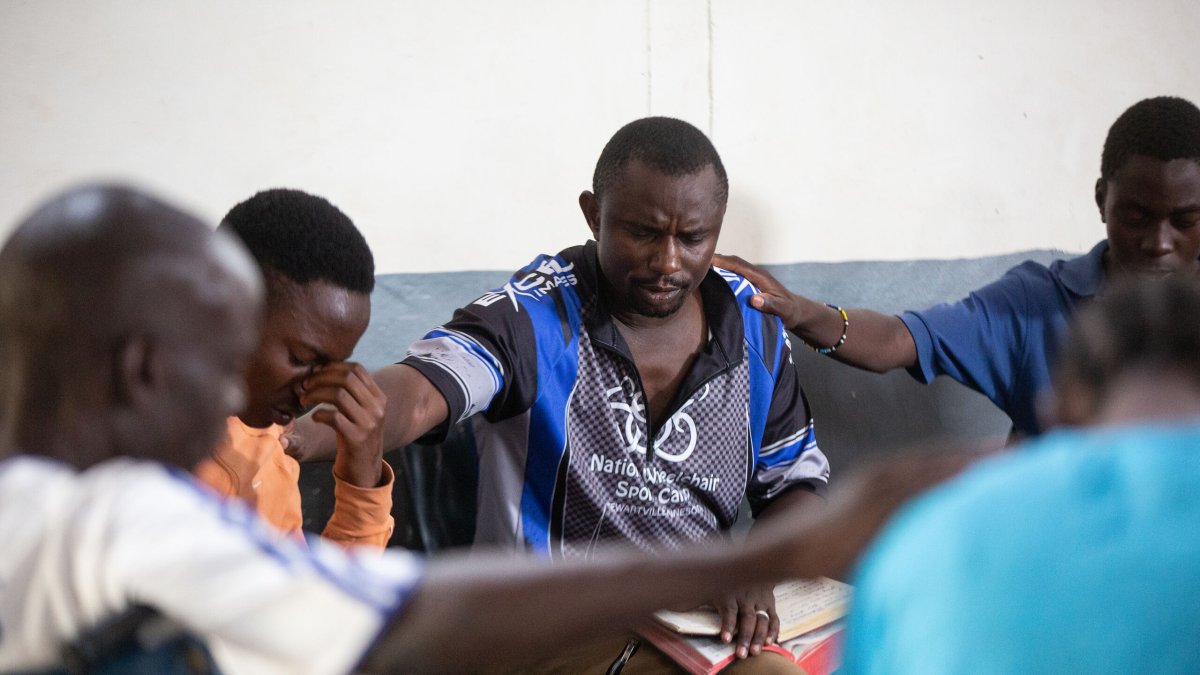 Zambia: Peter Chila, the head of Bethesda Mercy ministry for the disabled community in Zambia praying with the team. Photo by Brad Livengood. 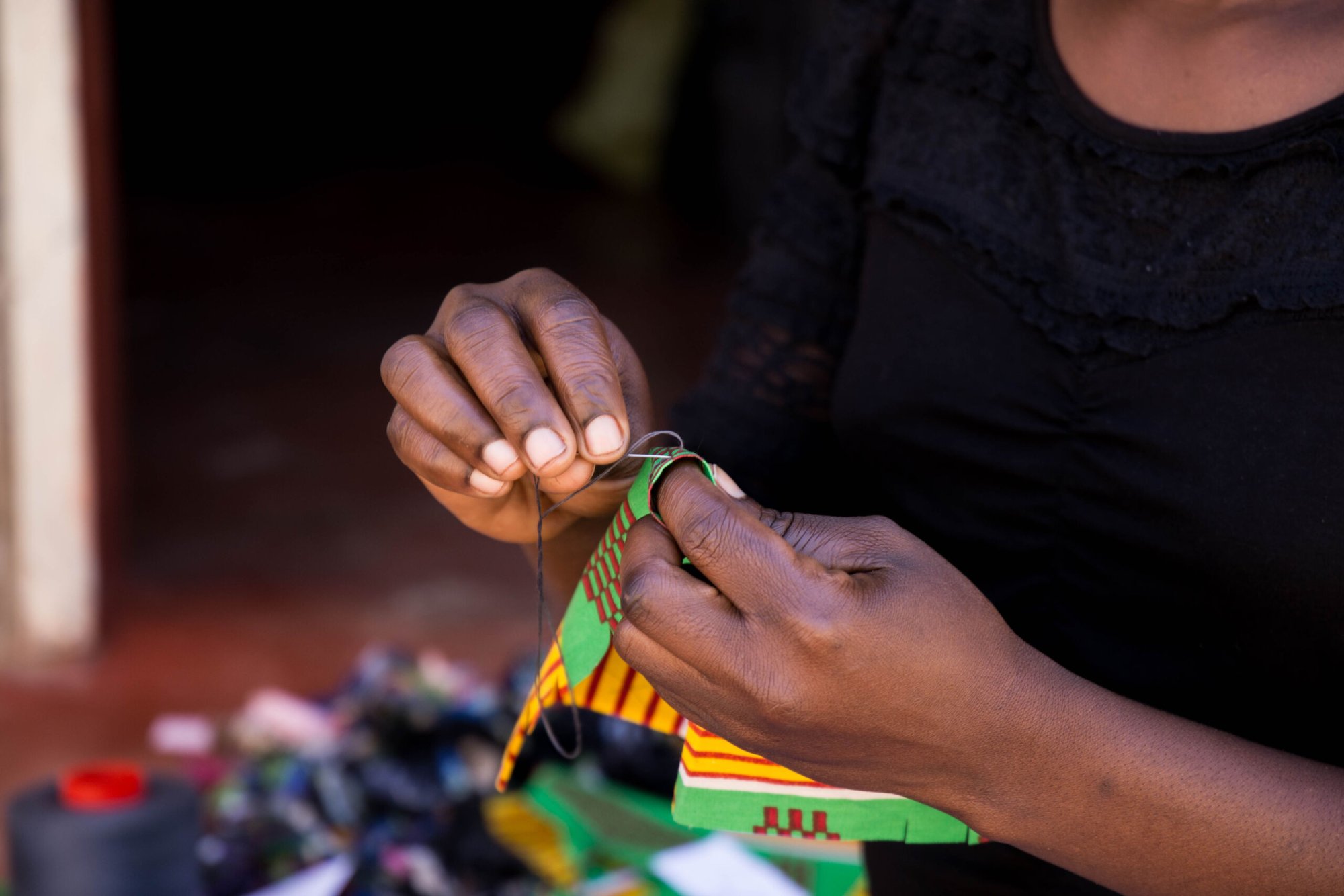 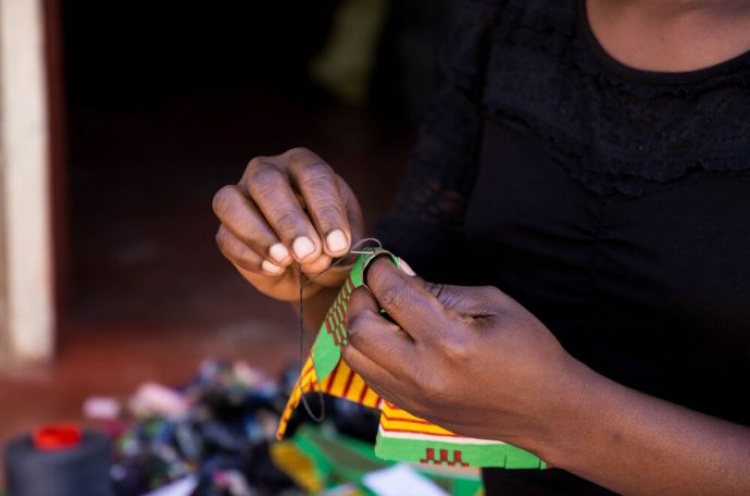 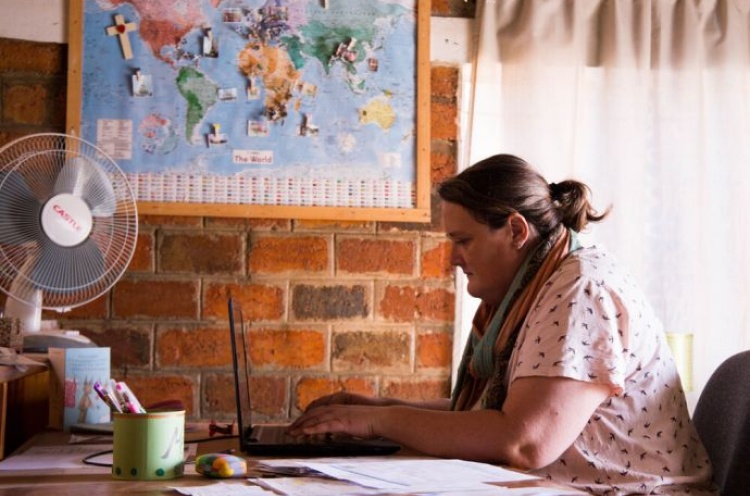 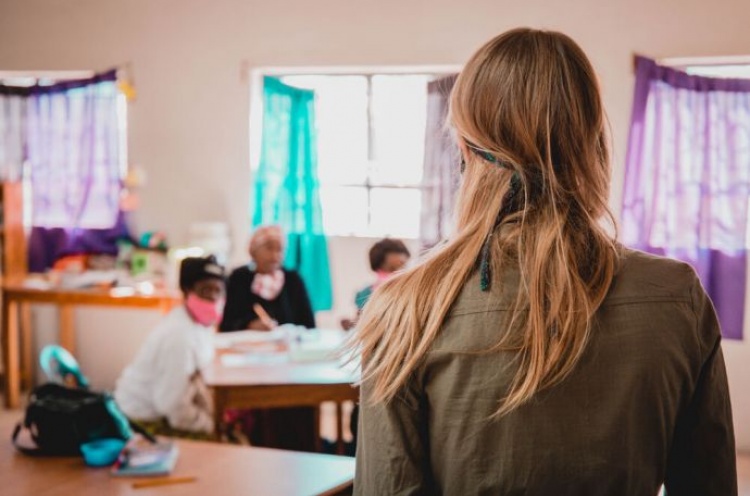