OM Ships is managed by a leadership team directed by CEO Seelan Govender.

The team is made up of leaders with responsibility for different aspects of the organisation:

All activities of OM Ships are overseen by an external governing board. Meeting regularly, this group holds the leadership of the organisation accountable for fulfilling the agreed aim of sharing knowledge, help and hope.

The Governing Board also fulfils the following roles: 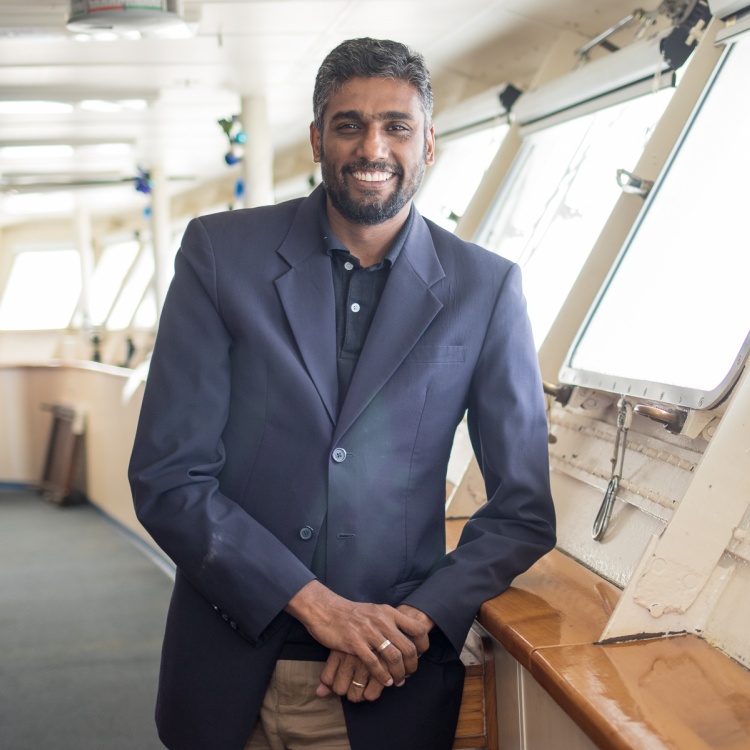 Seelan Govender, from South Africa, has been serving with OM Ships since 1999. Beginning as a team member in the bookfair on board Doulos, Seelan went on to prepare ports ahead of the ship’s arrival and later managed the advance preparation teams. Shortly after he became director in 2009, the 95-year-old vessel had to be taken out of active service, with Seelan leading the Doulos community through the process of sudden change as the ship was decommissioned.

Transferring to Logos Hope, Seelan headed the Public Ministries team, where he was responsible for the ship’s programme of public events, while his wife Carlien combined women’s and artistic ministry with caring for their two young children. In 2015, Seelan became managing director, leading Logos Hope’s ministry forward in ports around Asia, Africa and the Caribbean.

The Govender family moved from their floating home to dry land in early 2017 on Seelan’s appointment as OM Ships' chief executive officer. He is responsible for the overall leadership and management of the organisation; which includes its shore-based technical and literature operations from bases in Germany, the UK and the USA, as well as Logos Hope.