Five-year-old Nathan (Greece) was unleashed to open the 9th Transform conference with a prayer in Greek.  Esther from South Africa followed up by praying in her mother tongue of Xhosa (a South African language), while others continued in English. The mix of languages was a beautiful expression of diversity in the gathering of close to 150 of God’s people in Athens, Greece. Representatives of five continents and thirty nations had come together under the theme “Unleashed”. They were there to prepare for short term outreaches in other parts of Greece as well as Albania, Romania and Turkey.

Unleashed: to free from a leash or, according to the dictionary, to let happen or begin something powerful that, once begun, cannot be controlled.

Almost two thousand years ago, the apostle Paul travelled through Greece on his missionary journeys, planting churches in several cities. The Transform participants followed in his footsteps to Mars Hill, the place referred to in Acts 17, where the apostle shared with the Athenians about the ‘unknown god’. The Transformers asked the people they met: “If you could ask God for one thing, what would that thing be?” This question is part of “One Wish”: a simple method of sharing the gospel, taught by evangelist Richard Sharp earlier in the day. Bus4Life was parked nearby and served as a prayer hub. In the hot summer afternoon, the crowds were small, yet some deeper conversations took place.

A second outing, to the ruins of ancient Corinth, provided new insight into Paul’s life. What was it like to be a tentmaker in Corinth around AD 51-52? “Paul’s letter to the Corinthians will never be quite the same after this experience; and getting the Biblical perspective from a Christian tour guide, was very inspiring,” said one of the participants.

Each morning, the bicycle team was unleashed to cycle many kilometres, stopping to share the gospel and pray for areas with no known evangelical witness. This team also made it to Corinth, cycling of course, all 120 kms! For Stefanos, it was a lesson in perseverance: “I thought it would be impossible; I was not cut out for this, but team leader Gert was so determined! Hour by hour, uphill, downhill, I was getting tired, had cramps in my legs and said to myself: one more hour, then no more! After an hour, we saw ancient Corinth, we had made it! After perseverance, it was such a reward, having made it all the way to Corinth!”

Every morning, before breakfast, the participants met to pray for the world and for one another. Meeting daily with a small group and mentor for discussions and prayer, was a great encouragement for many participants.

The “United to Impact” band with musicians from several churches and ethnic fellowships in Athens, led the congregation in beautiful worship. Alethia (Bahamas) danced ‘How great thou art’ to the glory of God, depicting grace and greatness.

Transform Director Mpumi Maweni (South Africa) shared from his heart. He gave his personal history and described how he chose life and forgiveness in Jesus, rather than allowing bitterness to fester.

Morning Bible teacher Rose Hack brought powerful messages from the Beatitudes. These reminded participants of what and how much the Bible says about advocating for the poor and oppressed: “The word ‘Justice’ is mentioned over a thousand times in the Bible, probably more times than holiness and salvation; how can we as Christians advocate justice for the poor and oppressed?”

Rose continued; “When you do good to people who do wrong, you have a family resemblance to God.” She encouraged the group to not underestimate the spiritual battle, but put on the armour of God; go out and bring the Kingdom of God to others.

One evening, a panel of OM leaders shared encouraging and sobering lessons from years of ministry. These were followed by a cultural program of Albanian dance, songs in Chinese, Korean, Ukrainian and English, worship dances and prayer - a fun and beautiful evening.

One participant was attracted by the theme ‘Unleashed’, recognizing her need of being freed into a wider space in her own life. Another had been praying that God would send somebody to witness to the ISIS people. God prompted her: ‘What about you?’ His question led her to Transform, to join the outreach among refugees in Turkey, as a first step in His path for her life.

15 of the 18 South Korean participants, were from the Sarang Church in Seoul, joining Transform before they were heading off to Wales for training and afterwards to Morocco for an outreach.  “It is the first experience overseas for most of them,” shared their leader Paul, “Many came with huge fears, but your embracing love transformed them, now it is like a taste of heaven. What they are about to do is significant, they left the church for missions. This group could change the world.”

A group of over twenty Albanians arrived on an overnight bus. Almost unbelievable to contemplate today, but less than forty years ago, the country of Albania was the world’s only declared atheist state. Strict communism enforced the Bible as a forbidden book. A lot of prayer went up for this country. Creatively inspired ways made inroads for the gospel, like gospel messages in bottles dropped from a boat, bobbing in with the tide for beachcombers to find. These days, young Albanians are free to attend a missions’ conference in Greece and return home together with two international teams of short-term missionaries, including a group of immigrants to Canada (mostly originating from India and Pakistan).

Galy was part of the 19-strong Caribbean group from Bahamas, Barbados, Trinidad & Tobago. It was her second Transform. A week before departure from Bahamas she had purchased a one-way ticket to Greece, not knowing how she would make it back home. However, five days before she was due to leave, several people came around to show their support. Their generosity provided enough money to cover all remaining expenses, including the ticket home.

How will they hear?

OM Greece Field Leader, Gabriel Markus (PNG) reflected on the current situation in Greece: “When the refugee crisis happened in Europe, there were mixed reactions. Maybe God is moving them here, making the dangerous mission field safe for the church?” He continued asking: “How will they hear the message if there is no messenger? In our workplace, are we the messenger of the message? Or talking about other things? A messenger needs to be sent. How will they go if they are not sent? Many wants convenience instead of commitment.”

Gary Witherall (UK), founder and former Director of Transform shared that suffering opens people’s spiritual eyes to hearing the gospel.  “We tend to extract people from the darkness and horrors to live in victory in the Christian life, but Jesus meets you in your dark place, in your sickness, loneliness, discouragement and failure. The seed of hope is planted right in the nightmare; the gospel is for the nightmare! Through your life the gospel can travel to the darkest place.”

"This was my last Transform as director and I have had one of the most incredible times of my life together with a great team,” shared Mpumi Maweni. “Through this ministry I have seen God open immense opportunities for his service. Greece was one of the best Transforms I have attended, because once again as a young leader I could sense the reaffirmation of God's call over my life."

In his closing message, Mpumi encouraged the listeners to pay attention to the Master’s voice, to be good servants and ask: ‘Is there anything else, sir?’ “Enjoy God; do not be so much into the task that you don’t enjoy God! Take delight in his supremacy. It will lead you to true worship. It is impossible to enjoy God if we only reflect ourselves,” concluded Mpumi as he unleashed the participants to bring the gospel into this world. “Once the gospel is let loose, no power on earth can restrain or control it." 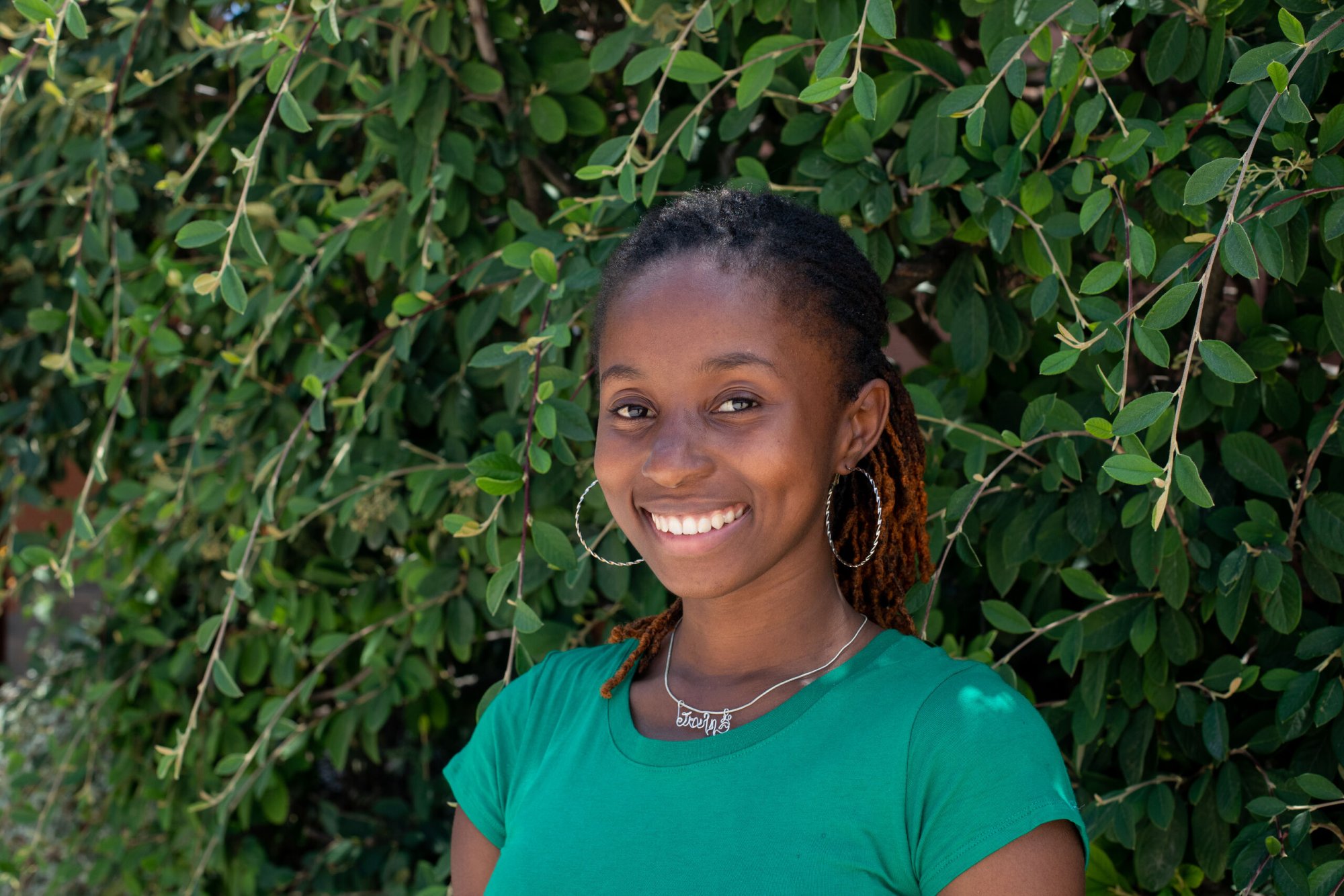 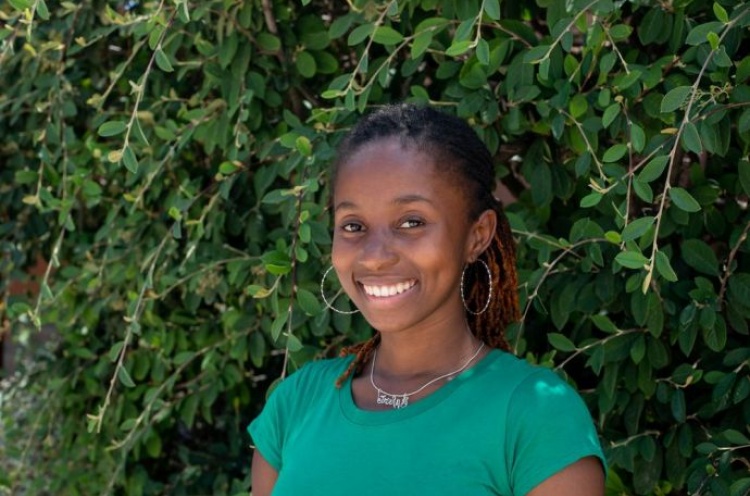 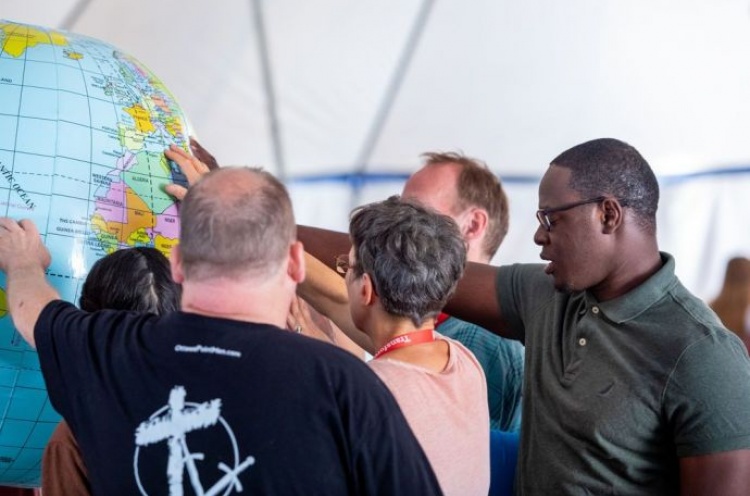