For nearly all Transform participants, the journey to the conference involves one or more flights from their home countries and a bus ride from the Barcelona airport. Heikki (Finland), a university president, took a different route, however. He drove the nearly 4,000 km from Finland to Spain on his motorcycle.

A few months prior to Transform 2017, OM’s Mediterranean-focused outreach campaign, Heikki had never heard of OM. “I’ve been a born-again Christian for 21 years. I’m the guy that goes to  church every Sunday, but that’s about it,” he shared. Once a month, he played the saxophone at his church. Whatever free time he had in the past was spent with his wife.

But a tumultuous two years—including prostate cancer and subsequent surgery, book-ended by a media scandal at his university and a sudden divorce—left him with a long 2017 summer holiday, devoid of plans.

“Never in my life have I been completely alone, so it was kind of difficult to think how would I spend all the free time I had in the summer,” Heikki shared.

He decided to give the time to God. “I had heard about young people being part of short-term [outreaches] in different parts of the world. But I didn’t know how they got there.”

A quick Google search led him to Transform. Heikki asked his pastor about OM, and “he was very convinced that [OM] is a good organisation, doing a good job and is well-known.”

In short order, Heikki signed up for the outreach to La Vera in the Extremadura region of Spain and was accepted. Still, as a non-Spanish speaker, he wondered what he could offer the team: “How could God use me?”

Remembering the past few summers when he had toured Europe on his motorcycle, Heikki decided to ride to Transform—a way to fill more of his empty vacation days and, perhaps, to draw a crowd. “I just thought, rationally, OK, when I’ve been riding around Europe, the bike has been interesting and drawn a lot of attention.”

He also packed an old saxophone. “That’s how I’ve been able to serve my church and that maybe could be used here [at Transform] as well,” he explained.

Several times during the week, at the university campus near Tarragona where the Transform conference was held, songs from Heikki’s saxophone wafted through the open dormitory windows. Heikki practised music faithfully, including what he’d been told was an internationally-recognised Christian song “Oh Happy Day,” in preparation for outreach in Extremadura. During the week at Transform, Heikki also shared his personal stories of supernatural healing—at an early morning prayer meeting on-site, and during an evening concert held in one of Tarragona’s city parks on the outreach day.

That evening, Heikki roared up to the stage on his motorcycle, eliciting loud cheers from the crowd gathered for the cultural event, played a rousing rendition of “He’s got the whole world in His hands” on the saxophone and, having captivated the audience, told them how God had healed him three times from injuries doctors had considered incurable.

“The theme of the conference has been the urgency of the hour, and I really feel connected with that theme,” Heikki said in an interview near the end of the week at Transform. “We don’t know the day and hour the Lord Jesus is coming back… But even if that would be 100 years from now, how many people die every second without anyone telling them about the Lord Jesus? Do I just do nothing?”

Heikki paraphrased the parable in Matthew 25:14-30, where Jesus talked about a master who travelled away on business, leaving money to his servants. The servants were supposed to invest that money in their master’s absence. Two of the servants acted wisely and earned money with what the master had given them. The third servant buried his money, simply waiting for his master to return.

“I have felt too much like that servant,” Heikki stated. “I’ve kept my faith but I haven’t led enough other people to Christ, and now [I have] that urge to do something with what Jesus has given me… I realise now is the time to do that.”

“I don’t feel that I have necessarily any skills for that, but I pray for wisdom from God to be empowered by him. I feel that God clearly led me here,” he continued. “Maybe it’s with the motorbike. Maybe with the saxophone. Maybe with something else…I’m available for God to use me.”

It turned out both the motorcycle and the saxophone were key to Heikki’s participation on outreach in La Vera, a region consisting of small towns nestling against the foothills.

Apart from the husband of a couple hosting the short-term missionaries, Heikki was the only male participant on his Transform team.

The women “did an excellent job with children and women, especially among immigrants from Morocco, but reaching men of those communities was more difficult,” Heikki recounted. “However, when I rode there on my Harley-Davidson, I got their attention… Men and boys started to flow to the bike as soon as I arrived. The connection was made. When I then took my saxophone and started to play, they took their phones and started recording videos.”

The Extremadura team visited towns in the evenings, when temperatures had lowered enough for people to be out on the streets. After the sun set – stopping the team from playing with children, and Heikki from playing the saxophone – they switched to personal evangelism.

Heikki and others used the “One Wish” method, developed by long-term OMer, Richard Sharp. The team initiated conversation with people, then asked them what their one wish from God would be.

“Coincidentally, Richard visited the outreach and we shared a room for two nights and also shared the streets,” Heikki said. “On the ‘best’ night, I was able to pray for 18 different people…even though I do not speak a word of Spanish!”

Encouraged, Heikki returned to his motorcycle, preparing to head to his host home for the night. When he approached the bike, he saw a woman in her 30's escorting an elderly woman. “Buenas noches,” Heikki greeted the women, handing them his last copy of the “One Wish” leaflet. The woman accepted the tract and continued walking.

A few minutes later, busy unlocking his motorcycle and preparing his riding gear, Heikki suddenly realised someone was standing right behind him. The two women were back.

“They spoke to me in Spanish, but I could not understand it,” he said. “I tried to say in Spanish that I do not speak Spanish.”

Still, the women continued talking. Eventually, Heikki understood they wanted “more” or “another” of something.

“They showed me the leaflet—I had only had one to give, and I had given it to the younger of the ladies. They obviously had already read it, and they had been touched by its contents,” he described.

Heikki searched his motorcycle’s cargo box and found one more leaflet. “The old woman approached me with both her hands straightened out towards me. [Her] hands were shaking, and when she received her own personal short copy of the gospel, tears started to fall from her eyes. She held the leaflet with both hands, and both [women] looked so happy when they thanked me and started to walk away,” Heikki said.

“Then it was the time for my eyes to get wet. I had not done anything. I simply was there. I did not even speak the language. The only thing I could do was to be available for God to use me. And He did use me. People came to me to receive the gospel, and they cried tears of happiness when they received it. That was definitely one of the finest moments of my life. That single event made every kilometre ridden well worthwhile.” 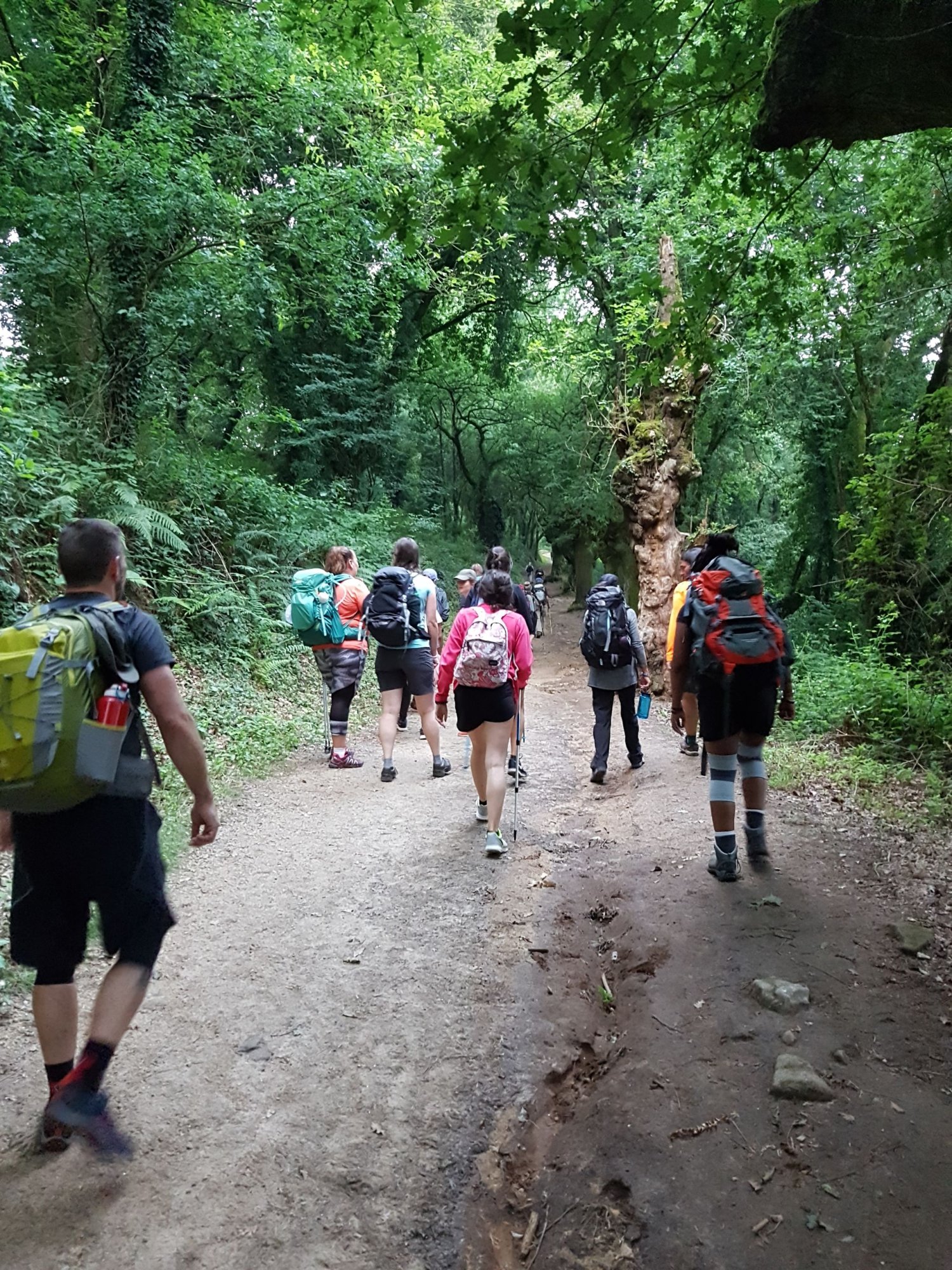 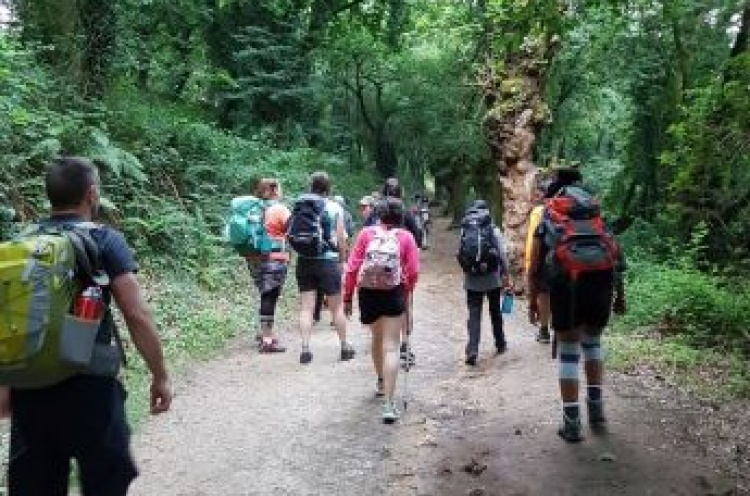 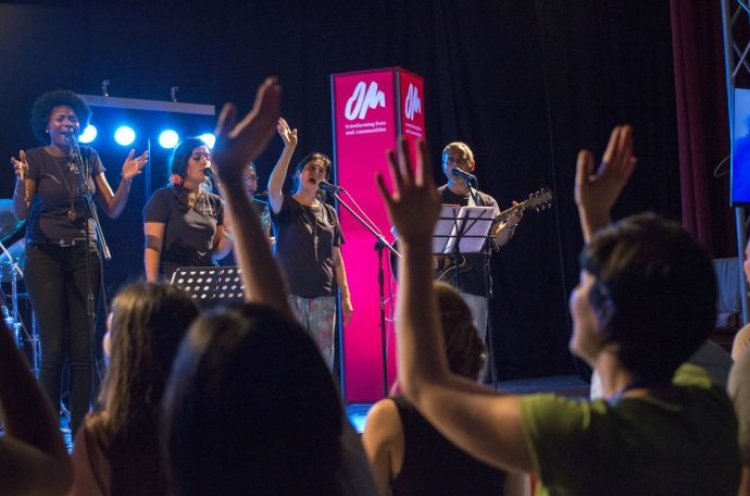 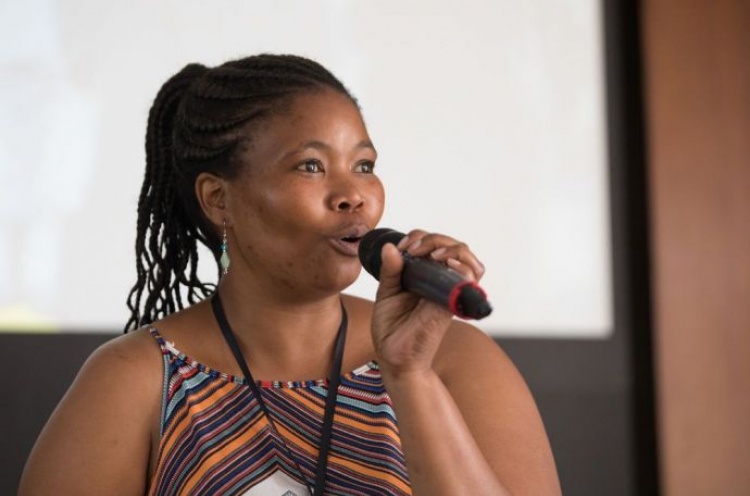